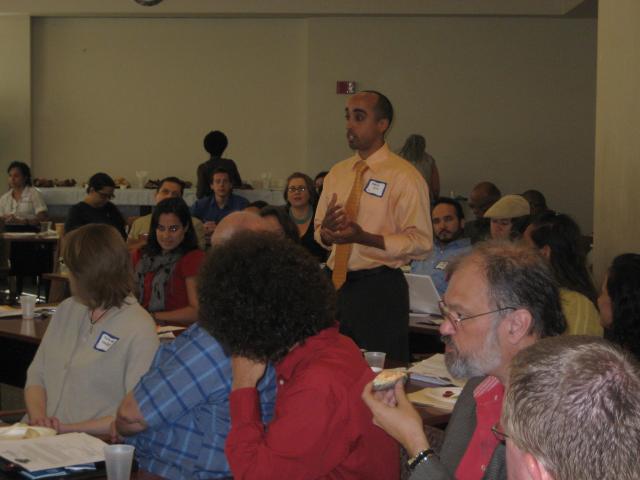 The California fiscal crisis continues to wreak havoc on low-income communities and communities of color. The Bay Area Social Equity Caucus' Fall Quarterly Meeting, co-hosted with Alliance for Justice, brought together more than 60 individuals from non-profit, private, government, labor and philanthropic sectors to discuss the local and regional impacts of the current state budget crisis and to strategize around engaging underrepresented communities in the movement for reform.

Participants learned about the current statewide efforts moving tax and fiscal reform and how their organizations could connect local work to larger statewide campaigns. Panelist presented different strategies to fix California's broken system ranging from the grassroots movements being led by California Alliance and California Partnership, the legislative efforts from California Forward, and the Bay Area Council's call for a Constitutional Convention.

If you weren’t able to attend meeting or would like more information about tax reform efforts throughout the State, the resources from the day are available at the bottom of the page. 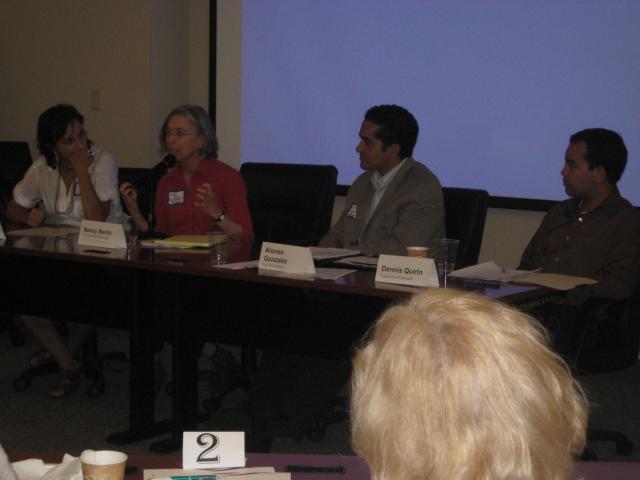 Alonso Gonzalez is the Public Relations Bureau Director for Repair California.  After the publication of an opinion piece in the San Francisco Chronicle calling for a Constitutional Convention, a movement was born. Repair California is proposing two State ballot measures: The first measure gives Californians the right to call a Constitutional Convention, and the second measure will call a Convention and set the process. Town hall meetings are being held across the State to listen to what Californians want to see come out of a Constitutional Convention. Based on feedback from the town hall meetings, the Repair California website and other concerned citizens, initiative language for the two measures will be finalized and submitted to the Attorney General on September 25, 2009.  The Convention would be held in 2011, and the suggested reforms would be placed on the ballot in November of 2012 for the approval of the voters. 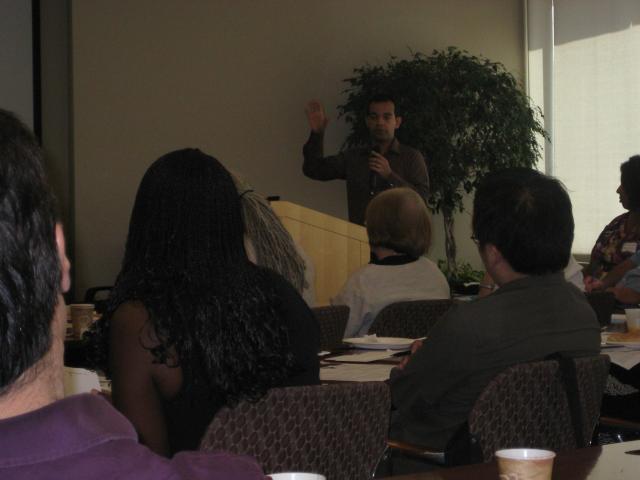 Dennis Quirin is the Coalitions Director at California Forward. California Forward’s mission is to improve the quality of life for all Californians by creating more responsive, representative and cost-effective government. California Forward’s vision is a California where: 1) Government is closer to the people. Local governments can solve problems in ways that work for diverse communities and regional economies. 2) Fiscal systems are reliable, efficient and focused on results. Tax policies and budget practices must be aligned to the new structure and fortified to ensure value and public trust. At all levels of government this should include: 3) State leaders are held accountable for making improvements, and voters are empowered to understand and exercise their role in a strong democracy.

Karla Zombro is the Strategic Initiatives Coordinator for CA Alliance/SCOPE-LA. The long-term goal of the California Alliance is the development of a progressive state alliance of organizations representing key issue sectors and strategic geographic regions of California, with agreement on a strategic state public policy agenda, and the collective power to win systemic reform. From its inception in 2003, the Alliance’s core power building principle has been a commitment to grassroots organizing and bottom-up base building among constituencies who suffer from social and economic injustices.  In March of this year the Alliance voted to make systemic tax and fiscal policy reform, centered on undoing the major reactionary elements of Proposition 13, its strategic public policy agenda.

Resources
Courtesy of Alliance for Justice