John Avalos, City and County of San Francisco Board of Supervisors, Supervisor 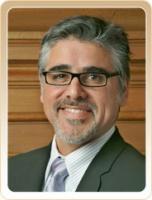 A third generation Mexican-American, John Avalos, was born in Wilmington, California, a predominantly Latino industrial town in the City of Los Angeles. John graduated with honors from UC Santa Barbara where he studied English Literature. Upon arriving in San Francisco in January 1989, he worked as an English teacher and cafe worker before finding his calling in the human services and community organizing fields. John followed the path of a worker and a leader to become a candidate for Supervisor. He has been a strong community member, spending the past 15 years fighting for social justice and equity at the grassroots level. He has worked as an educator and counselor with the San Francisco Conservation Corps and the Columbia Park Boys and Girls Club, where he taught high school equivalency and college prep classes. He also connected hundreds of San Francisco youth with employment, health care, and housing.

While studying for his master's in social work, John interned at the Mission Neighborhood Health Center in the adult medicine and HIV/AIDS clinic. He helped scores of people dealing with depression, domestic violence and HIV to stabilize their lives. John then worked as Community Organizer with Coleman Advocates for Children and Youth serving San Francisco youth and families, particularly in the Excelsior District. John served on advisory committees for the OMI/Excelsior Beacon Center and the Excelsior Boys and Girls Club. He also organized input on local parks and the Excelsior Library, and brought neighbors together to safeguard services like the Excelsior Clinic and protect and expand teen services in the district, like youth employment services at the Greater Mission Consortium and IT Bookman Center.

As a union organizer with the Justice for Janitors Campaign of the Service Employees International Union (SEIU) Local 1877, John was instrumental in two contract campaigns helping thousands of union members win better wages and affordable health care. In early 2005, Supervisor Chris Daly invited John to work as a Legislative Aide in his office, where John opened the doors wide to ensure that the voices of San Francisco's most vulnerable communities were heard. In his role as Legislative Aide, John has focused on making City government and the budget work for the people of all the City's neighborhoods—not just the powerful and connected. His even-handed work on the City budget has drawn strong praise from Supervisors across the political spectrum, including Supervisors Sean Elsbernd and Ross Mirkarimi. John fought to make government more efficient, expanded funding for affordable housing and for vital programs like childcare, health and mental services, park restorations, and senior programs. He helped secure funding for the Geneva Office Building and in 2005 fought to keep the OMI Family Resource Center open.