About 24,000 unionized refinery and pipeline workers across the United States are prepared to walk off the job at midnight Saturday if negotiations with major oil companies don't result in a new contract.

A strike by members of the United Steelworkers union would affect more than half of the nation's refining capacity. Strike jitters helped drive wholesale gasoline prices up by more than 4 cents a gallon Thursday on the New York Mercantile Exchange.

LAUREL, Miss. - The work has always been stupefying and hard. Hour after hour standing on the line, soldering or welding or drilling in screws until tears join streaming sweat and hands cramp in pain.

Even in today's nightmare economy, most people wouldn't want this daily grind that steals the soul in 12-hour shifts paying as little as $280 a week, before taxes.

But such labor prospers here in mostly rural Jones County, home to Laurel, where the area's biggest employer, Howard Industries, maintains a sprawling factory that builds electrical transformers and other big equipment behind a chain-link fence topped with barbed wire.

Assembly lines like these offer tenuous lifelines to those desperate enough to toil on them. And sometimes, competition for these jobs pits have-nots against have-nots. 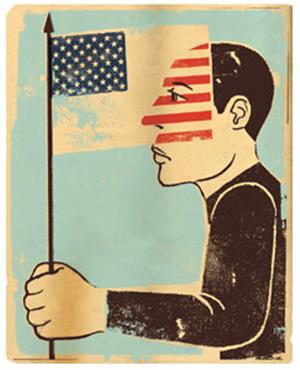 America has long been the envy of the rest of the world, and for good reason. Over the past century, the United States has harnessed its economic, scientific, cultural and educational resources to produce remarkable achievements in every field of human endeavor. But with nations like China and India emerging as major powers, many argue that U.S. dominance will soon be eclipsed, and what is known as the American Century will soon be over. Our fate is far from sealed, though. Whether America surmounts its challenges or slides to the middle of the pack will likely depend on its fastest-growing segment: the Latino community.

More than 40 years after Congress passed a law making it illegal for employers to pay women less than men for the same work, women still earn less.

Rep. Rosa DeLauro, the Connecticut Democrat, says now is the time to put the squeeze on the wage gap.

The House passed on Friday two bills to bolster women's economic security: one is designed to reverse a 2007 Supreme Court decision that made it more difficult for women to sue for wage bias and the other strengthens existing pay equity laws.

The Senate followed suit today, passing the Lily Ledbetter Fair Pay Act, 61-36. The bill is ready to be placed on President Barack Obama's desk and will become one of the first bills he signs into law.
National
Women and Gender (News)
Jobs (News)
Tweet
Source:
AlterNet
By Liliana Segura

As states grapple with record budget deficits, more politicians are looking toward criminal justice reform to cut costs.
If you're seeking a silver lining to the current economic crisis, this may well be it: As states across the country confront historic budget shortfalls, more and more politicians are looking toward long-overdue criminal justice reform as a way to cut spending. Suddenly, the money local governments stand to save by slowing down incarceration rates is trumping the political costs traditionally associated with it.

Good news, perhaps, this evolution in thinking, but it's hardly a burst of innovation (let alone political courage). The nation's prisons have been dysfunctional and overcrowded for ages, reaching emergency levels in recent years. Around this time last year, a study released by the Pew Center found that 1 in 100 Americans was behind bars, a sobering statistic that spurred calls for reform, from news articles to op-eds, to (briefly) Hillary Rodham Clinton's primary campaign. One year later, the economic crisis has given reluctant governors and state reps the political cover to initiate reforms that they previously would have considered too risky. Virginia and Kentucky are pondering early release for thousands of low-level prisoners and Michigan, one of four states that spends more on incarceration than education, is considering deep reforms as well. 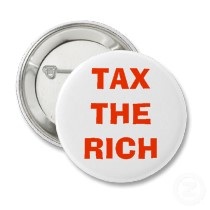 Sometimes, I like to be wrong. Last June, I predicted that two progressive revenue measures that then-Board of Supervisors President Aaron Peskin was promoting for the November ballot would go down to defeat. I was wrong, wrong, wrong. Peskin's two measures became Propositions N and Q. They both won big -- Prop N with almost 69% of the vote, and Prop Q with 74%.

To be fair to my happily-bruised ego, both of these measures went through a considerable transformation subsequent to my weighing in on the matter.

The financial markets are in tatters, consumer spending is anemic and the recession continues to deepen, but corporate America is keeping its eyes on the prize: crushing organized labor. The Center for Union Facts, a business front group, has taken out full-page ads in newspapers linking SEIU president Andy Stern to the Rod Blagojevich scandal. The Chamber of Commerce is capitalizing on the debate over the Big Three bailout to claim that "unions drove the auto companies off the cliff," while minority leader Mitch McConnell and other Republican senators insist on steep wage cuts. A December 10 Republican strategy memo revealed their central obsession: "Republicans should stand firm and take their first shot against organized labor," the memo read. "This is a precursor to card check" -- a clear reference to the Employee Free Choice Act.