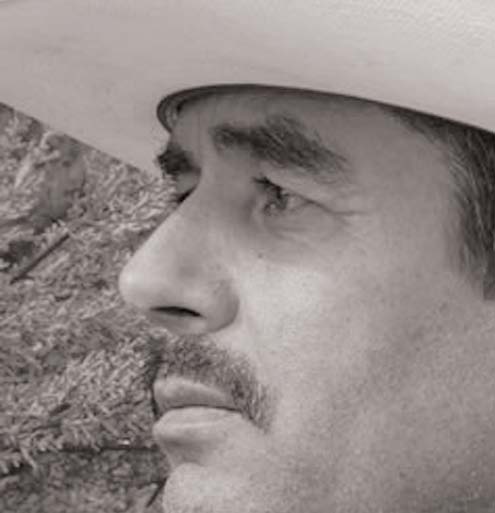 "I couldn’t stand; my eyes were watering and my throat hurt from the gas. I would run outside the field to get some air. The boss made me go back, to keep working without a mask. Now I can’t breathe well, and my vision is blurry, cloudy.” Jorge Fernandez pauses to gasp for breath, a result of chronic on-the-job exposure to pesticides. Fernandez is a Salinas, California farmworker who spent 11 years applying fumigants without access to protective equipment. “The inspectors are friends with the bosses. They say, ‘So what if this Mexican dies, there are more.’ They just find other workers.”[1]

Industrial agriculture is notorious for low wages, workplace health hazards, racial discrimination, and dependence on the legal vulnerability of undocumented immigrant labor. This is especially true in California, where twenty-first century agriculture was built on wringing short-term utility from workers, soil, and petrochemicals to minimize costs and maximize profits.

The growth of California’s industrial agriculture has depended on waves of cheap migrant labor since before the 1880s, when the state’s farmers began protesting that restrictions on immigration from China in 1883 would stall planting in the fields. Waves of Japanese immigrants displaced depression-era family farmers, and later, Mexican immigrants took their place. [2] Today, 75 percent of farmworkers in the United States were born in Mexico. Crop workers earn an average of between $10,000 and $12,499 a year. Among the major occupational groupings, only private household employees earn less.[3] Not surprisingly, 30 percent of all farmworker families fall below the federal poverty line, and only 23 percent are covered by health insurance.[4]

The economic picture for small-scale family farms is also

dicey. According to United States agricultural census data, commercial family-owned small- and medium-scale farms (on which farming is an occupation instead of a hobby) operate at a loss on average, even when they generate up to $175,000 annually in sales. The owners of the majority of small- and medium-scale farms, which make up roughly 73 percent of United States commercial farms, rely on off-farm income to supplement their household livelihood. In contrast, large family farms and non-family farms on average operate at a 10-15 percent profit.[5]

Due largely to these realities, the sustainable agriculture movement has struggled with how to manifest social and economic equity on farms that operate on slim margins while competing with their industrial counterparts.[6] Labor on family farms is rarely provided just by the family—small-scale farmers are also employers and contractors, who make decisions about how much to pay and how to treat their employees and themselves.

The localization movement increases revenue opportunities for small-scale, local, and sustainable farms by providing opportunities to market directly to customers or institutions, which can offer better prices to farmers than can a highly concentrated food industry, where farmers have little negotiating power. Direct marketing programs include Community Supported Agriculture (CSA) organizations, farmers’ markets, and farm-to-institution programs.

As employers, sustainable farmers are all over the map in their views regarding labor standards. A survey of certified organic farmers in California regarding adding social criteria to organic certification found that 47 percent of the respondents agreed that certified organic growers should be required to pay their workers living wages. However, roughly the same percentage opposed granting workers even collective bargaining rights, although they are already enshrined in labor law (see Table 1). In one of the more telling results, 67 percent of respondents found that the hypothetical social criteria would create an unacceptable financial burden. According to a representative of a California certified organic farmers foundation, “You go organic and get there and you’re still in a system set up for failure. It’s failing the farms, it’s failing the farmworkers, and it’s failing the farm communities.”[7]

A pilot survey conducted by the California Institute for Rural Studies on job benefits and conditions most appreciated by workers on small-scale, sustainable farms found that “respectful treatment” topped the list. A slower pace of work, fair compensation, year-round employment (for greater income security), and health insurance also ranked highly (see Table 2). [8] Even if direct marketing significantly raises revenue and profitability of small-scale farms, there is no guarantee that economic benefits will be passed on to farmworkers. The example of low farmworker wages in large-scale industrial agriculture, where profit margins range from 10 percent to 15 percent, indicate that employee compensation is typically driven more by the labor market than by what an employer is able to pay. Labor markets are influenced by the demand for and supply of labor, regulations, and the vigor of their enforcement, and the relative negotiating power of workers. For instance, when the federal government ended the bracero agricultural guest worker program in 1964, tighter demand for workers contributed to United Farm Workers union winning a 40 percent one-year wage increase from selected grape growers in 1966. [9]

Addressing Immigration at its Roots

At its root, the steady northward stream of men and women risking their lives crossing the

border for United States agricultural jobs, is driven by economic policies in Mexico. The Mexican government’s own shift from supporting indigenous small-scale subsistence farming to subsidizing intense agricultural industrialization has driven former small-scale farmers north. Economists clearly predicted in the early 1990s that Mexican small-scale corn farmers would shoulder the heaviest impacts of NAFTA due to loss of market share to United States corn production, and indeed, corn imports from the United States rose from 14 percent to 24 percent of total Mexican corn consumption just between 1994 and 2000. [10]

“It’s time to take on the agricultural agreements in NAFTA—they don’t benefit the people of Mexico, the United States, or Canada,” declared Alberto Gómez Flores, President of the National Union of Autonomous Regional Farmers’ Organizations (UNORCA), Mexico’s largest small-scale farmer organization. UNORCA is calling for a renegotiation or outright cancellation of NAFTA based on its evaluation of the negative impacts on Mexican farmers. [11] UNORCA joins similar farmer organizations from around the world in the Via Campesina movement advocating for food

sovereignty, the idea that “all people have the right to decide what they eat and to ensure that agriculture in their community is fair and healthy for everyone." [12] The food sovereignty movement is building local market access for traditional and sustainable farmers around the globe, so they will not need to migrate to urban areas or other countries to find jobs. In the United States, the National Family Farm Coalition and numerous other sustainable agriculture organizations are engaged in a slow struggle to transform agricultural and food policy by renegotiating the United States Farm Bill, which currently favors industrial production oriented toward national and international consumption.

The Role of Localization
Localization of the food sector can be a powerful tool to shift revenue to sustainable agriculture. Direct relationships between sustainable producers and local markets is one key component. Yet the extent to which the sustainable agriculture movement will succeed in implementing its vision of social equity depends on the extent to which economic gains are distributed to workers. Sustainable farmers’ openness to organizational models that increase worker income and negotiating power is of paramount importance. Enterprising farmers and workers are already researching and experimenting with unionization of small-scale farms, domestic fair trade certification, the addition of social criteria to organic certification, profit-sharing, and worker-owned agricultural cooperatives. Their success will hinge, in large part, on whether urban consumers seek out and support innovative models of sustainable agriculture.

Kirsten Schwind is programs coordinator with Bay Localize, which is organizing a shift from a global, fossil fuel-based economy to a local green economy. She has also worked with the California Institute for Rural Studies, Food First, and the Pesticide Action Network.