The Workplace Project was founded in 1992 to help end the exploitation of Latino immigrant workers on Long Island. Working with—and learning from—our members, as well as other worker centers, such as Chinese Staff and Workers’ Association and Tenant and Workers’ Support Committee, we’ve tried many different strategies in our struggle for social justice. In some cases, we learned our lessons from other organizations, while other times our insight was gained through hard experience. This article is about those lessons. 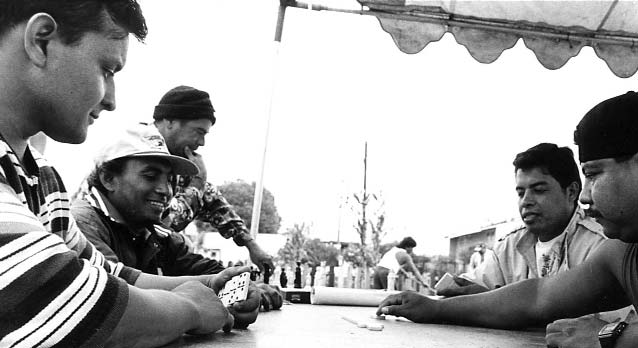 The Workplace Project has participated in various studies documenting workplace abuses. One study we developed and carried out in collaboration with Hofstra University demonstrated the prevalence of abuse against day laborers: Half of the study’s respondents reported wage theft, while one-quarter reported being physically assaulted on the job or while looking for work. The abuse against domestic workers is at least as bad—our survey of over 20 domestic workers revealed an average wage of $4.03 per hour, far below minimum wage.

Given the systemic nature of this abuse, it is impossible to make any real change by fighting cases one by one. On the positive side, there are large numbers of community members who are personally affected and who want to take action. There are also larger numbers of potential allies among students, churches, businesses, and unions that support our work. Through our organizing, we have built committees of factory workers, building maintenance workers, day laborers, and domestic workers, and some of these have generated new, geographically-based committees.

After people join a committee and become associate members of the organization, they can then take a workers’ rights course and become leader members. These members are the driving force for our campaigns and activities. They conduct outreach campaigns; hold educational workshops; engage in direct action against targets; provide legal support for individual cases and legislative work for broader campaigns; produce media for both the Latino, and general North American community; and essentially multiply our ability to accomplish what we could never accomplish with a small staff.

In 2007, the most crucial issue will be whether Congress will pass immigration policy reform that will legalize immigrants, reunite families, and protect workers’ rights. However, no matter what happens, the work of building our movement must include the following:

As the immigrants’ rights protests grew in the spring of 2006, some observers were surprised by how immigrants were able to mobilize so spontaneously and in such great numbers. However, these mobilizations were no more spontaneous than plants sprouting during periods of rain and warm weather. The mobilizations were due in large part to seeds that we had been planting for many years—when we were educating workers about their rights to a minimum wage, and to organize and fight for justice. The future of our movement for justice will depend on diligently increasing the number of organizations and community leaders that continue to plant these seeds of struggle. When the rains come, we will be ready.

Nadia Marin Molina is the executive director of The Workplace Center and winner of the Gloria Steinem Award for building the leadership and advocacy skills of Latino immigrant domestic workers.