Healthy Jobs for All: What Will It Take?

By Manel Kappagoda and Rajiv Bhatia

What is a healthy job? For most people, it is first and foremost, a secure job that pays well. After all, a job is how you pay the bills, stay under a roof, buy groceries, and raise the kids. Without a way to obtain basic material necessities, one can’t possibly remain healthy.

Research in public health supports this common sense notion—employment correlates strongly to good health. This research also shows that unemployment is a cause of stigmatization, stress, and social isolation. Overall, the unemployed live fewer years and have higher rates of cardiovascular disease, hypertension, depression, and suicide than do their more employed counterparts.

How much money you make also matters—above and beyond what it takes to meet material needs. Income is one of the most consistent predictors of health and disease ever shown in public health literature. For example, people with average family incomes of $15,000 to $20,000 are three times as likely to die prematurely as those with family incomes greater than $70,000. The strong statistical relationship between income and health is not limited to a single illness or disease: people with lower incomes are at greater risk than people with higher incomes to have low birth weight babies, to suffer injuries or violence, to get most cancers, and to suffer chronic health conditions.

Employment supports health by providing non-monetary benefits, including paid sick leave and vacation. In the United States, a system of universal healthcare for its residents does not exist. Therefore, employment provides the primary means of accessing health insurance for working-age adults. Individuals without health insurance frequently forego timely health care, suffer more severe illness, and are more likely to die a premature death than their insured counterparts. Union jobs tend to more often include employer-provided health benefits, reduced cost-sharing, and substantially increased extension of coverage to retirees. The Institute of Medicine (IOM) estimates that 18,000 unnecessary deaths are attributable to lack of health coverage every year.

From 1995 through 1999, there were 30,824 fatal work injuries in the United States, an average of about 17 fatal work injuries per day. These statistics underscore that workplace hazards remain a significant and avoidable concern in the United States. Truck drivers, laborers, janitors and cleaners, carpenters, nursing aides, orderlies, and attendants are the occupations with the most non-fatal injuries and illnesses in California. 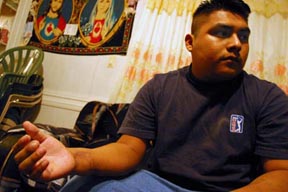 More recently, work-related “stress” is being recognized as an important workplace hazard. Chronic illnesses that are caused or exacerbated by work-related stress include infections, hypertension, coronary heart disease, and depression. Some researchers assess “workplace stress” by looking at the number of workers who agree or disagree with the statement “I have a lot to say about what happens in my job,” and “My job allows me the freedom to decide how I do my job.” This is because an employee’s ability to control the pace of their work seems to have a significant effect on their ability to manage work-related stress. Workers with a high level of stress and low ability to control workplace demands were 50 percent more likely to suffer heart attacks.1 Despite the significant research associating job-related stress and poor health, occupational health surveillance systems do not provide routine and reliable measures of stress at work.

A lack of control over work time is also stressful. Shift work has been linked to sleep disturbances, smoking, drinking, a poor diet, digestive problems, and cardiovascular disease.1 For women, working night shifts is also associated with fetal loss during pregnancy.2 Conversely, flexible work arrangements that allow workers to work non-standard or flexible hours, or share jobs, may give workers a greater sense of control, greater job satisfaction, and more commitment to the employer. A recent study published in the Archives of Internal Medicine found that workers who felt they were treated fairly by their supervisors had a reduced risk of coronary heart disease.

Clearly, there’s much to creating a healthy job. While our understanding of healthy jobs has grown beyond gaining a living wage and avoiding dangerous employment, our labor market is not meeting these demands.

In fact, the region’s labor market seems to tend towards two extremes: highly paid professional positions and very low-wage service jobs. Blue collar jobs, which traditionally provided less educated workers with secure employment, health insurance, vacation benefits, and pension plans, have been rapidly disappearing. In their place we find occupations with very low median hourly wages that typically offer few benefits. These types of jobs cannot be considered “healthy”: they barely pay a living wage; they usually do not have health insurance benefits; they frequently involve shift-work, which contributes to worker stress; and they do not provide workers with a high decision latitude or the opportunity to control work pace. 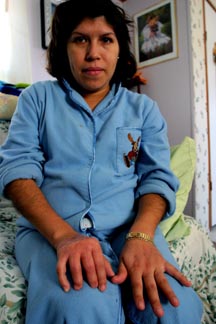 Earlier this year, the Program on Health, Equity, and Sustainability at the San Francisco Department of Public Health (SFDPH) profiled workers in several common occupations, and asked the question: “What is a healthy job?” We profiled four occupations using focus groups and interviews: restaurant workers, domestic workers, computer software programmers, and artists. Although the lower wage workers—restaurant workers, domestic workers, and artists—worked in very different employment environments, there were striking similarities among their stories. All these workers described situations that placed them at high risk for employment-related injuries. Very few reported that they had health insurance. None of them had employer-paid vacation or sick time. Many of them had to work more than one job. Both, the restaurant workers and the domestic workers reported abusive treatment by supervisors. The domestic workers, in particular, articulated that they wanted their employers to respect them for their work.

Policymakers should look at the many possible ways to improve the health of work, particularly for marginalized groups. Some of these include:

?¢‚Äì¬†  Setting a minimum wage, or self-sufficiency wage, so that all workers can meet basic material needs through work

?¢‚Äì¬†  Establishing a minimum standard of benefits for all workers, which includes health insurance, vacation time, and paid sick tim

?¢‚Äì¬†  Ensuring that workers in high risk occupations get training on common workplace hazards and safe work practices, along with necessary protective equipment

?¢‚Äì¬†  Improving workplace health and safety, with a focus on both traditional workplace hazards and the psycho-social aspects of work, which include a supportive work environment, job security, and workplace control.

Manel Kappagoda joined the East Bay Community Law Center as a staff attorney in the HIV/AIDS and Health Law Practice in 1998, and is now the Director of Administration and Policy. Rajiv Bhatia is the Director of Occuopational and Environmental Health for the City of San Francisco.