Any discussion of reparations for African-Americans should always begin with an important historical fact: such reparations were, in fact, once begun, at a time when they were most easily administered and had the best chance of achieving their desired goals. And then, abruptly, the process was stopped. 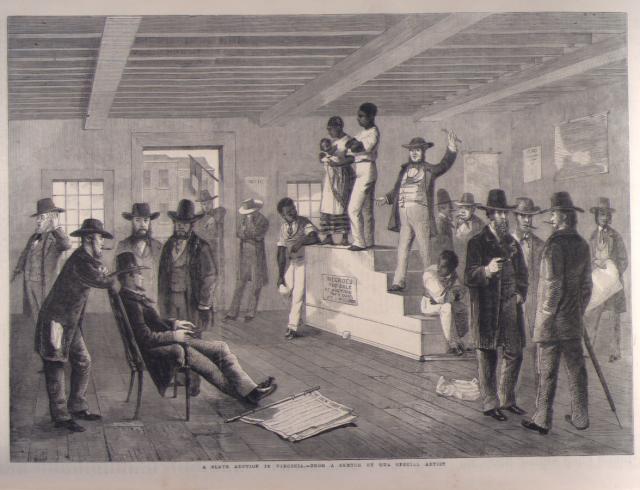 Late in the Civil War, a group of African-American leaders petitioned United States General William Sherman at Savannah, Georgia to help secure the well-being and future of the thousands of former African captives freed by Sherman’s western armies on their march from Atlanta to the sea. Sherman was no abolitionist, and certainly no “nigger lover” (to use the common phrase of the day), but he was concerned about freed African captives—“contrabands of war” as they were called—fleeing the plantations and clogging the roads behind and alongside his army on his drive north through South Carolina, as they had done during his march through Georgia. Sherman needed some incentive to keep the African-Americans in place. The African-American leaders wanted the same thing, but for distinctly different reasons. They wanted land for their people, and the resources to work it.

What resulted was Sherman’s Special Field Orders No. 15. Issued in the field by a commanding general as a wartime measure, it had the force of law. The order commanded, in part, that the Georgia and South Carolina sea islands and abandoned rice-fields running thirty miles inland in those states were to be “reserved and set apart for the settlement of the Negroes now made free by the acts of war and the proclamation of the President of the United States.” Each family was to be given a plot of “not more than forty acres” (the origin of the 40 acres and a mule promise). The general further ordered that “in the settlements hereafter to be established, no white person whatever, unless military officers and soldiers detailed for duty, will be permitted to reside; and the sole and exclusive management of affairs will be left to the freed peoples themselves, subject only to the United States military authority, and the acts of Congress.”

Field Order No. 15 was put in effect, and many of the islands and plantation lands measured off and parceled out to the people formerly held on them in slavery. In all, some 400,000 acres were divided up.

Might Have Beens
Had Sherman’s Field Order No. 15 been allowed to stand and been expanded to the other slavery states, and had the Union Army remained stationed in the former Confederacy until a generation had passed to ensure both the freemen’s vote and to protect their property ownership, a stable, African-American landowning class would have been established. The ravages of race and violence of the following 150 years might have been avoided, and the history of this nation changed for the better.
But Sherman’s Field Order No. 15 was not allowed to stand. Following President Abraham Lincoln’s assassination in the spring of 1865, President Andrew Johnson rescinded Sherman’s order in his attempt to pacify the former Confederate rebel plantation owners and induce them to swear allegiance to the federal government. Shortly before Lincoln’s death, abolitionist Congressmember Thaddeus Stevenson tried to put a Black land-dispersal provision into the first Freedmen’s Bureau Act, proposing to give the newly-created agency “authority to set apart for use of loyal refugees and freedmen such tracts of land within the insurrectionary states as shall have been abandoned or to which the United States shall have acquired title by confiscation or sale, or otherwise; and to every male citizen, whether refugee or freedman, as aforesaid there shall be assigned not more than 40 acres of such land.” Congress voted that provision down.

The result was that most African-Americans freed from slavery did not receive land, most of the land promised in Sherman’s field order was not dispersed, and large portions of the land already dispersed to African-American families was summarily taken back. Instead of becoming a landowning class that could have protected themselves, African-Americans were plunged into displacement, servitude, and a Hundred Years of Terror—of anti-black racism—the bloody and shameful results of which remain America’s legacy and reality to this day.

150 Years—Plus Interest
Nothing that has happened in the years following that spring of disappointment almost 150 years ago—when both President Johnson and Congress failed to follow up on Sherman’s reparations actions—has changed the fact that reparations for African slavery in America were never paid, and remain due and payable. The arguments to the contrary are easily rebutted.
Lincoln himself believed that the long continuation of the bloody Civil War may have been God’s retribution on both the North and the South for slavery, saying in his second inaugural address during the fourth year of that war, “Fondly do we hope, fervently do we pray, that this mighty scourge of war may speedily pass away. Yet, if God wills that it continue until all the wealth piled by the bondsman’s two hundred and fifty years of unrequited toil shall be sunk, and until every drop of blood drawn with the lash shall be paid by another drawn with the sword, as was said three thousand years ago, so still it must be said ‘the judgments of the Lord are true and righteous altogether.’” During recent discussions on African-American reparations, you hear a sort of bastardization on that theme: the idea that the blood of Union soldiers fighting to end slavery in the Civil War constituted a payment of reparations to the former captives. This argument neatly leaves out the work of the soldiers from Confederatet states—once and current members of the United States—who fought to preserve slavery.

A second argument is that the various civil rights measures of the 1960s—the 1964 Civil Rights Act and the 1965 Voting Rights Act, for example—constitute a substitute for reparations. But reparations are given for specific offenses to the specific populations damaged by those offenses. As we have seen in so many recent court decisions, the various civil rights acts of the 1960s and beyond are not currently judged to be solely for the benefit of those damaged by African slavery in America and, in fact, it is often the case that those acts are used by plaintiffs and the courts to retard African-American advancement, rather than enhance it. If these are reparations, they sound suspiciously familiar to the reparations of 1865, taken away almost as quickly as they were given.

Reparations to African-Americans descendant from those held in captivity in America continue to be owed, both for slavery itself, and for the Hundred Years of Terror that followed between 1865 and 1965. Unfortunately, to have anything but an esoteric meaning, a debt must not only be owed, it must be collectable.

Uncollectable Debt
The problem is two-fold and encompasses two simple questions that pose complicated dilemmas. What form should reparations take, and who should get them? In my opinion, regardless of the continued justness of African-American reparations, the complications surrounding the answers to those questions are fatal to the process.

In 1865, the logical form of post-slavery reparations was land redistribution. Most African-Americans in 1865 were farmers who would have immediately been in a position to put that land to use, and for those who were not farmers—the artisans and skilled workers and others—some other accommodation could have been made. Today, even if enough land could be made available in the United States to redistribute to African-Americans as a reparations payment, it could not provide the same sustainable economic benefit it would have 150 years ago, and most of it almost certainly would be immediately sold off. A cash payment would, in fact, be the easiest form of reparations to calculate and deliver, but to what end? With the business infrastructure of the African-American community long since shattered by the integration movement, most of the cash reparations payments would be quickly spent leaving most  African-American citizens in little better shape than they were before.

Other Forms of Reparations
There have been suggestions, in the alternative, of reparations taking other forms.
One suggestion is to have a massive educational “Marshall Plan” designed to overcome the phenomenon popularly known as the “achievement gap.” In statistics measured two years ago, African-American 4th graders trail 28 and 36 percentage points behind whites in performance below grade level in reading (86 vs. 58 percent) and math (85 vs. 49 percent). The numbers are just as dismal for their older brothers and sisters in the 8th grade where African-Americans trail whites 88 vs. 62 percent in reading below grade level and 89 vs. 59 percent in math below grade level. [1]

The problem is, even if the nation committed to the enormous amounts of money needed to bridge this gap, there is little current agreement among educators—black, white, or in mixed-group settings—as to what methods should be adopted to close the gap or even if that goal is achievable at all under the current national social system.

There are other reparations-alternative suggestions that would address similar black-white disparities in such areas as criminal justice and home ownership; some might work, some appear more fanciful. One could go on and on within every important aspect of American economic and social life, and somewhere in this morass of programs, there is perhaps some combination that might, once and for all, make whole the debt owed to African-Americans by this country. Perhaps. But aside from any other complications, this opens the question of who would decide what the combination should be. With no conceivable group of leaders or organizations to speak for African-Americans—as might have been possible even as late as the early 1970s—the political squabbling over the form of reparations would dwarf any other single political battle we have seen in this country in our lifetimes.

But far more difficult—probably even impossible—than the question of what form is the question of who should receive reparations. In 1865, sorting out those who had previously been enslaved but were then freed would have been complicated, but manageable. Five generations later, how could such decisions be made as to who was descendant from enslaved people? The troubling part would be that while many of these applications would be shams, many would be accurate and legitimate, and sorting the one from the other would be a national mess.

It is bitterly unfair that the United States is unwilling and perhaps politically unable to pay the debt of slavery to those of this nation descendant from the enslaved people. But life is often unfair and, as President Lincoln once opined, perhaps that payment will of necessity come in other ways.

J. Douglas Allen-Taylor writes for the Berkeley Daily Planet, Alternet, and numerous print and web publications. He lives in Oakland.

To order the print edition of "Everyone Has the Right To..." use the back issues page. To download or view a pdf of this article use the link in the lower left below.