When the Obama administration reiterated recently that it will make an immigration reform proposal this year, hopes rose among millions of immigrant families for the “change we can believe in.” That was followed by a new immigration position embraced by both the AFL-CIO and the Change to Win unions, rejecting the expansion of guest worker programs, which some unions had supported. 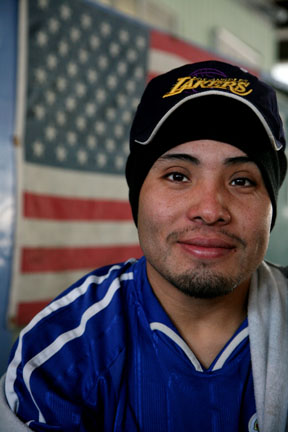 As it prepares a reform package, the administration should look seriously at why the deals created over the past several years failed, and consider alternatives. Beltway groups are again proposing employment visas for future (post-recession, presumably) labor shortages and continued imprisonment of the undocumented in detention centers, which they deem “necessary in some cases.” Most disturbing, after years of the Bush raids, is the continued emphasis on enforcement against workers.

We need a reality check.

For more than two decades it has been a crime for an undocumented worker to hold a job in the United States. To enforce the prohibition, agents conduct immigration raids, of the kind we saw at meat packing plants in the past few years.
Today, some suggest “softer,” or more politically palatable, enforcement—a giant database of Social Security numbers (E-Verify). Employers would be able to hire only those whose numbers “verify” their legal immigration status. Workers without such “work authorization” would have to be fired.

Whether hard or soft, these measures all enforce a provision of immigration law on the books since 1986—employer sanctions—which makes it illegal for an employer to hire a worker with no legal immigration status. In reality, the law makes it a crime for an undocumented worker to have a job.

The rationale has always been that this will dry up jobs for the undocumented and discourage them from coming. Those of us who served on a United Food and Commercial Workers commission that studied Immigration and Customs Enforcement (ICE) raids at Swift meat packing plants across the country learned that the law has had disastrous effects on all workers. Instead of reinforcing or tweaking employer sanctions, we would be much better off if we ended them.

Raids and workplace enforcement have left severe emotional scars on families. Workers were mocked. Children were separated from their parents and left without word at schools or daycare. Increased enforcement has poisoned communities, spawning scores of state and local anti-immigrant laws and ordinances that target workers and their families.

Employer sanctions have failed to reduce undocumented migration because NAFTA and globalization create huge migration pressure. Since 1994 more than six million Mexicans have come to the United States. Ismael Rojas, who arrived without papers, says, “You can either abandon your children to make money to take care of them, or you can stay with your children and watch them live in misery. Poverty makes us leave our families.”

Attempting to discourage workers from coming by arresting them for working without authorization, or trying to prevent them from finding work, is doomed to fail. To reduce the pressure that causes undocumented migration, we need to change our trade and economic policies so they don't produce poverty in countries like Mexico.

Ken Georgetti, president of the Canadian Labour Congress, and AFL-CIO president John Sweeney wrote to President Obama and Canadian Prime Minister Harper, reminding them that “the failure of neoliberal policies to create decent jobs in the Mexican economy under NAFTA has meant that many displaced workers and new entrants have been forced into a desperate search to find employment elsewhere.” The new joint position of the AFL-CIO and Change to Win federations recognizes that “an essential component of the long term solution is a fair trade and globalization model that uplifts all workers.”

Continued support for work authorization and employer sanctions contradicts this understanding. Even with a legalization program, millions of people will remain without papers. For them, work without “authorization” will still be a crime. And while employer sanctions have little effect on migration, they will continue to make workers vulnerable to employer pressure.
When undocumented workers are fired for protesting low wages and bad conditions, employer sanctions bar them from receiving unemployment or disability benefits, although the workers have paid for them. It's much harder for them to find another job. An E-Verify database to deny them work will make this problem much worse.

Workplace enforcement also increases discrimination. Four years after sanctions began, the Government Accountability Office reported that 346,000  employers applied immigration-verification requirements only to job applicants with a “foreign” accent or appearance. Another 430,000 only hired applicants born in the United States.

Despite these obstacles, immigrant workers, including the undocumented, have asserted their labor rights, organized unions, and won better conditions. But employer sanctions have made this harder and riskier. When raids and document verification terrorized immigrants at Smithfield's huge packinghouse in Tar Heel, North Carolina, it became harder for black and white workers to organize as well. Using Social Security numbers to verify immigration status makes the firing and blacklisting of union activists all but inevitable. Citizens and permanent residents feel this impact because in our diverse workplaces, immigrants and native-born people work together.

Low wages for undocumented workers will rise only if those workers can organize. The Employee Free Choice Act would make organizing easier for all workers. But “work authorization” will rob millions of immigrant workers of their ability to use the process that the act would establish.

The alternative to employer sanctions is enforcing the right to organize, minimum wage, overtime, and other worker protection laws. Eliminating sanctions will not change the requirement that people immigrate here legally. ICE will still have the power to enforce immigration law. And if a fair legalization program were passed at the same time sanctions were eliminated, many undocumented workers already here would normalize their status. A more generous policy for issuing residence and family-unification visas would allow families to cross the border legally, without the indentured servitude of guest-worker programs.
Immigrant rights plus jobs programs that require employers to hire from communities with high unemployment can reduce competition and fear. Together they would strengthen unions, raise incomes, contribute to the nation's economic recovery, and bring the people of our country together. Employer sanctions will continue to tear us apart.

Bill Ong Hing is Professor of Law and Asian American Studies at the University of California, Davis. His most recent book is Defining America through Immigration Policy. David Bacon is a freelance writer and photographer.  His newest book, Illegal People: How Globalization Creates Migration and Criminalizes Immigrants is published by Beacon Press. This article first appeared in The Nation magazine.

END_OF_DOCUMENT_TOKEN_TO_BE_REPLACED
History of Exploitation: from Slavery to Domestic Work