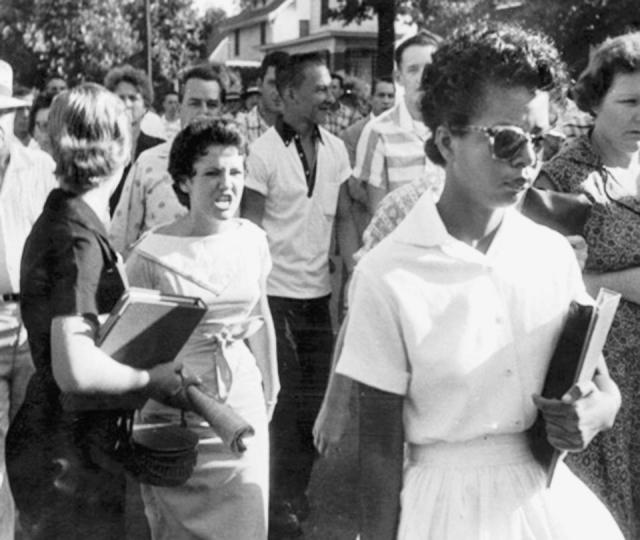 Many Americans who live far from our major cities and have no firsthand knowledge of urban public schools harbor a vague notion that racial isolation—a matter of grave national significance some 35 years ago—no longer exists in any serious form. The unhappy truth, however, is that schools that were already deeply segregated 30 years ago are no less segregated now, while thousands of other schools that had been integrated (either voluntarily or by the force of law) have since been rapidly resegregating. You only need look at public school enrollment figures in most major cities. For example in the academic year beginning 2002, segregation rates of black or Hispanic students ranged from 75 percent in New York city to a more typical 84 percent in Los Angeles to a nearly total segregation rate of 94 percent in Washington D.C.

A teacher at P.S. 65 in the South Bronx once pointed out her sole white student to me with the remark: “I’ve been at this school for 18 years. This is the first white student I have ever taught.”

There is a well-known high school named for Martin Luther King Jr. in New York City. It was located in an upper-middle-class white neighborhood in the hope that it would draw large numbers of white students from the neighborhood. When the school opened in 1975, less than a block from the Lincoln Center, “It was seen,” according to The New York Times, “as a promising effort to integrate white, black, and Hispanic students in a thriving neighborhood that held one of the city’s cultural gems.” Right from the start, however, parents in the neighborhood showed great reluctance to enroll their children at the school and, despite “its prime location and its name, which itself creates the highest of expectations,” notes the Times, the school eventually became a destination for black and Hispanic students who could not obtain admission into more successful schools. It stands today as one of the nation’s most visible and problematic symbols of a legacy substantially betrayed.

Call it Anything but Segregation

Perhaps most damaging to any serious effort to address racial segregation openly is the refusal of most major arbiters of culture in our northern cities to confront, or even clearly name, an obvious reality that they would have castigated with a passionate determination in another section of the nation 50 years ago. And which, they still castigate in retrospective writings that assign it to a comfortably distant and allegedly concluded era. There is, indeed, a seemingly agreed-upon convention in much of the media today not even to use an accurate descriptor like “racial segregation“ in a narrative about a segregated school.

Linguistic sweeteners, semantic somersaults, and surrogate vocabularies are constantly employed. Schools with majority black and Hispanic students (95 percent and higher) are called “diverse” if a mere three or four percent of the students are white, or Southeast Asian, or Middle Eastern. It does not take long for visitors to these schools to discover the eviscerated meaning of the word “diverse”,which is not an accurate adjective but a mere euphemism for a plainer word that has apparently become unspeakable.

High school students in deeply segregated neighborhoods and public schools, however, are less circumspect and more open to confronting these issues. “It’s more like being hidden,” said a 15-year-old girl from Harlem in explaining to me the ways in which she and her classmates understood the racial segregation of their neighborhoods and schools. “It’s as if you have been put in a garage where [they put something] they don’t have room for but aren’t sure if they should throw it out… they put it where they don’t need to think of it again.”

Did she truly believe that America did not “have room” for her and other children of her race?

“Think of it this way,” quipped her 16-year-old companion, “If people in New York woke up one day and learned that we were gone, that we had simply died or left for somewhere else, they’d be relieved!”

Equality, it seems, is the sole article of faith to which most principals of inner-city public schools subscribe. The more realistic among them don’t even dare ask for, or expect, complete equality, which is beyond the realm of probability for many years to come. They look instead for a sufficiency of means—”adequacy” is the legal term most often used—by which to win those practical and finite victories within their reach. Higher standards, higher expectations, are repeatedly demanded of these urban principals, their teachers, and their students. But far lower standards—certainly in ethical respects—are expected of the dominant society that isolates children in unequal institutions.

In Good Times and in Bad

In 1970, when substantial numbers of white children still attended New York City’s public schools, there were 400 doctors to address the health needs of the children. By 1993, the number of doctors hired by the school system was down to 23—most of them part-time—a cutback that most severely affected children in the city’s poorest neighborhoods, where medical facilities are most deficient and health problems most extreme. Teachers told me of asthmatic children who came to class with chronic wheezing, but the schools had no doctors to attend to them.

Political leaders in New York generally point to shifting economic factors, such as the budget crisis of the mid 1970s, to explain the decline in student services. But the fact is, the city’s students have been shortchanged routinely, in good economic times and bad. The bad times were used politically to justify the cuts, but the money was never restored when the crisis passed.

“If you [ignore] the changing racial composition of the schools and look only at budget actions and political events,” says Noreen Connell, director of the nonprofit Educational Priorities Panel in New York, “you’re missing the assumptions that are underlying these decisions.” When minority parents ask for something better for their kids, she says, “the assumption is that these are parents who can be discounted. These are kids who just don’t count—children we don’t value.”

The dollars on both sides of the equation have increased since then, but the discrepancies remain. In 2004, per pupil spending in New York City schools was $11,700, almost exactly the amount that Manhasset, Long Island, was spending in 1987. (In 2004, it spent over $22,000 per pupil.) In inflation-adjusted dollars, New York City has not yet caught up with its wealthiest suburbs of over a quarter-century ago.

Gross discrepancies in teacher salaries between the city and its affluent white suburbs have remained persistent as well. In 1997 the median salary for teachers in the Bronx was $43,000, compared with $74,000 in suburban Rye, $77,000 in Manhasset, and $81,000 in Scarsdale, just about 11 miles away. In 2002, salary scales for New York City’s teachers rose to levels that approximated those within the lower-spending districts in the suburbs, but the scale does not reflect actual salaries paid, which are dependent upon years of experience and advanced degrees earned. The overall figure for New York City in 2002 was $53,000, but it had climbed to $87,000 in Manhasset and exceeded $95,000 in Scarsdale.

Buying an Education with Money

It’s an oddity with many people with money—no matter how well educated and sophisticated—that while they do not doubt the benefit of making very large investments in the education of their own children, they somehow feel that there are better ways to make dysfunctional and failing schools work than “throwing money” at them.

“Can you really buy your way to better education for these children?” “Do we know enough to be quite sure that we will see an actual return on the investment we make?” The arguments are posed as questions but the answer seems to be decided in advance. Some of the people who ask these questions live in wealthy districts where the schools are well funded but they choose to send their own children to expensive private schools, some of which can cost up to $30,000 per year. Clearly, there is a double standard here or a reluctance to recognize the problem for what it really is.

As racial isolation deepens and the inequalities in education remain unabated, the principals of many inner-city schools have been forced to make choices that few principals in predominantly white public schools ever have to contemplate. Many have been dedicating vast amounts of time and effort to creating adaptive strategies that promise incremental gains within the limits of inequality.

The achievement gap between black and white children, which had steadily narrowed for three decades—the period in which school segregation decreased—until the late 1980s, started to widen once more in the early 1990s when the federal courts began the process of resegregation by dismantling the mandates of the Brown decision. Since then, the gap has continued to widen or remains essentially unchanged. Recently, there has been a modest narrowing of the gap in fourth-grade reading scores but the gap at the secondary level remains as wide as ever.

In 48 percent of high schools in the nation’s 100 largest districts—which also happen to have the highest concentrations of black and Hispanic students—less than half the entering ninth-graders graduate in four years. Between 1993 and 2002, the number of high schools graduating less than half their ninth-grade class in four years increased by 75 percent. In New York state school districts where white children make up the majority (about 94 percent of them), nearly 80 percent of students graduate in four years, but in the six percent black and Hispanic majority districts, only 40 percent do so. There are 120 high schools in New York with a minority enrollment of nearly 200,000, where less than 60 percent of entering ninth-graders even make it to twelfth grade.

Whether the issue is inequity alone or deepening resegregation or an intertwining of the two, it is well past time for us to change things. If it takes people marching in the streets and other forms of civil disobedience, if it takes more than litigation, more than legislation, and much more than resolutions introduced by members of Congress, these are prices we should be prepared to pay. “We do not have the things you have,” writes a child from a school in the South Bronx. “Can you help us?”

Jonathan Kozol is the author of many books, including Savage Inequalities and Amazing Grace. This article is adapted from "Still Separate, Still Unequal: America's Educational Apartheid" published in Harper's Magazine,September, 2005 and is based on The Shame of the Nation: The Restoration of Apartheid Schooling in America, Crown Publishing Group, New York, 2005.