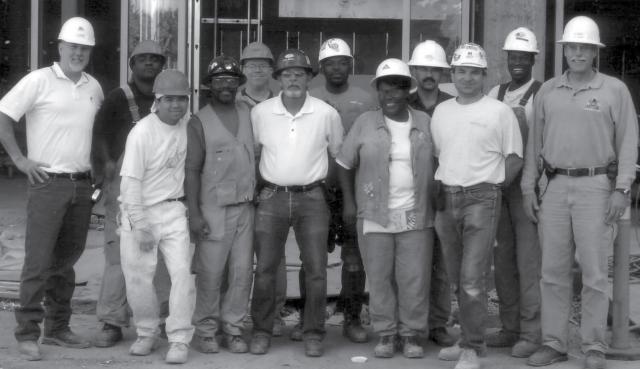 Picture this: In Pittsburgh, Pennsylvania, union leaders link worker organizing rights at the Penguins’ Stadium to neighborhood demands for a grocery store and community investment fund—and score a victory. In Bayonne, New Jersey, a coalition of faith, union, and environmental leaders persuades local officials to link good jobs, affordable housing, and sustainable practices to the redevelopment process at the Military Ocean Terminal. In the Southside section of Atlanta, Georgia, long-time residents and union leaders protest the closure of a fire station in one of the city’s poorest communities and demand to be part of the budget review process to identify responsible alternatives. And the list goes on.

The World Beyond Traditional Organizing

There is a movement afoot that defies boundaries: It appears to span historical divides while engaging new and dynamic leadership; it is regionally based but aspires to bring about national change; most importantly, it seems to rise above issues and organizations towards a shared vision of an economy that works, an environment that heals, and a community that is engaged and informed.

Many of these efforts started independently, seeded by a new generation of leaders who aspired beyond traditional community and workplace organizing. They saw the potential for a new kind of regional power—one that shares the political strength of progressive unions with the passion of social and environmental justice organizations.

These leaders understood the principles of community organizing and the importance of leadership development in giving voice to the people. They respected the power of faith to engage congregations in broader struggles for justice. They organized living wage and community benefits campaigns and low wage worker campaigns as the building blocks for a more powerful movement, which became the Partnership for Working Families—a movement dedicated to building power and reshaping the economy and urban environment for workers and communities.

According to Madeline Janis, director of the Los Angeles Alliance for a New Economy (LAANE) and co-founder of the Partnership, “We didn’t know that these same fires were being kindled in other cities. We were so focused on our work to transform Los Angeles. Then came calls for support and advice from around the country and we realized what a critical moment we were in.”

As a federation of affiliates networked with hundreds of allied organizations regionally and nationally, the Partnership’s work is based on the premise that civic and economic activity cannot be divorced from democratic values—specifically, grassroots participation and worker organizing. It mobilizes working families to push for a role in economic development and land use decision making, and for public policies and private contracts that mandate corporate accountability together with community and environmental benefits.

“There isn’t a businessman in America that would take a handshake deal with the city in lieu of a written contract. As citizens and taxpayers we should have the same expectations,” says Phaedra Ellis-Lamkins, executive director of Working Partnerships USA and leader of the South Bay Labor Council.

Organizations within the Partnership employ a variety of strategies and innovations to bring about the following core programs:

Perhaps the most important characteristic of the organizations is their permanence and capacity. These are not seasonally staffed campaigns, election year window dressing, or temporary issue alliances. They are infrastructure organizations that rely on deep relationships and an understanding of the interconnectedness of each other’s issues. They rely on permanent, shared staff dedicated to the research, organizing, communications, and legal aspects of campaigns, and on the coalitions that bring about moral and political pressure to bear for positive community and worker outcomes.

In Atlanta, a Stand-Up Example

The amazing examples of groundbreaking work and transformative organizing across the country, even in conservative, fast growing regions with limited labor and community organizing capacities has lessons for us all.

Best of all, the policy has served as a tool to organize and educate hundreds of Atlanta residents on the public process for development approval and funding. Stand-Up’s strong community, labor, and faith coalition conducts community level research, monitors city meetings, generates neighborhood input, and is completely engaged in sharing a vision for the future of their city. Recently, Stand-Up secured a legislative commitment from the city to produce a geographic equity plan for the BeltLine prior to the issuance of additional funds. They also won additional resources dedicated to the BeltLine community benefits implementation plan.

“This presents challenges, to be sure,” claims Deb Scott, director of Stand-Up. “City staff and leadership can get defensive when faced with community concerns regarding issues of equity. As the city continues to prepare for an influx of new residents, we are organizing to expand community and union power. We are looking for ways to mitigate displacement of existing residents, and helping to create new ways of redistributing the benefits of development.”

A FRESC Take on Responsible Development

In Denver, FRESC* Good Jobs, Strong Communities has been growing the Campaign for Responsible Development (CRD) to secure community benefits for the nearly 20 acres surrounding Denver’s Union Station. Affordable housing, family-supporting jobs, opportunities for community-based small businesses, and environmentally sustainable construction and operation are the benefits sought. The CRD is composed of community, labor, faith, and housing groups—including the 9to5 National Association of Working Women and several construction and service worker unions. Its goal is to ensure that this flagship development and future hub of the new regional FasTracks system sets a standard for community benefits.

FRESC is also trying to create a permanent union-community alliance with deep neighborhood roots by coupling its coalition work with base building organizing. It is working with impacted community and public housing residents so that they have a voice in planning decisions and possible future redevelopment as a part of FasTracks and corresponding transit-oriented development.

With its new friends on the City Council, existing political allies, and a deep understanding of public decision-making processes, FRESC is aiming to change the political landscape to ensure that maximizing community benefits is a fundamental part of future development decisions.

Speaking to the City Council on behalf of the CRD, FRESC Director Carmen Rhodes stated, “I don’t stand before you today to say that it is easy to protect vulnerable workers from poverty-wage jobs or to build affordable housing. But I am here to say that these things are important, and few important things are easy to do.”

Convincing the public sector that the Partnership wants to build a prosperous economy is not always easy. It also faces tremendous opposition from another sector of entrenched leadership—the downtown business partnerships that have served as a shadow government for years. There is even some fear among friends in the environmental and smart growth sectors that complicated deals with the threat of higher costs may drive even eco-friendly developers back out to the greenfields.

This is where the idea of a new economy, and the hope for a green economy come in. Our shrinking tax base will never be boosted until we can eliminate poverty wages and the public costs associated with them, such as healthcare, housing, and other social nets. But simply creating jobs is not the answer. When new jobs, especially in the fast growing service, hospitality, and green sectors pay self-sufficiency wages, we will begin to see progress.

There is tremendous hope in future federal infrastructure, transportation, and development programs. If our national leadership shared the belief that public money should yield a public return and attached self-sufficiency wages, freedom of association, and an economic impact analysis to their spending programs, we would see hundreds of thousands of new jobs propel families into the middle class. Now, with a national Partnership of organizations working to tailor programs to local needs, we may actually, finally realize the intended outcomes.

Many Hands Make a Stronger Union

As a long-standing union leader in Denver, I saw the challenges that our newest members had with affordable housing, off-hours child care, family health care, and transportation. Their contracts were not very strong and their occupations would not quickly get them to middle class wages in the current organizing and economic environment. Additionally, it seemed that all of our members—even those with the best contracts—had children and family members without job security, health care, or continuing education for career advancement. Many had adult kids living at home, and were watching their nest egg dwindle as they approached retirement.

It occurred to us then that if all we did as a labor movement was focus on improved contracts and, to a lesser extent, political and new worker organizing, we would never address the more immediate issues that were critical to our members. It wasn’t until we had moved beyond our core mission that we were able to exponentially improve the lives of our members and to engage them in the union in a deeper, more meaningful way. It greatly increased our workload but it also generated new leadership in our movement to help share the burden and lighten the load.

When leaders from across our diverse movements come together in this common realization—that there is no one issue, no one answer, and no one organization that can confront this complexity alone—then we will begin to see change at the scale we have all been hoping for.

Leslie Moody is executive director and a founding member of the Executive Committee of the Partnership for Working Families. From 1994 to 2007, Leslie was an organizer and union leader in Denver.