Innovative ideas and steps toward a more sustainable global system

By the International Forum on Globalization 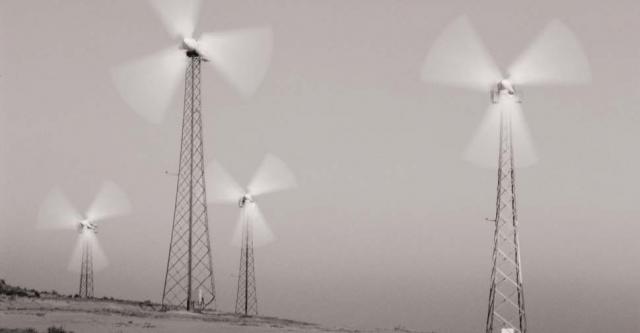 There is no longer any reason for this unsustainable [global energy] situation to persist. Considering the social, environmental, and security problems intrinsic to fossil fuel-based economies, it is a wonder that this form of energy production has survived to the present at all.

A number of countries have already shown that it is possible to eliminate dependency on electricity generated from nuclear power, which also poses an unnecessary threat to the health and security of millions of people around the world.

Most of the technology needed for a complete transformation of our energy infrastructure is already available. We can increase energy efficiency many times over and meet all our remaining needs with a mix of renewable resources: solar, biomass, geothermal, minihydro, micropower turbines, and most imminent and important, wind energy and hydrogen fuel systems; the latter is directly applicable to cars, trucks, airplanes, ships, and all other modes of transit.

None of these alternative technologies are esoteric or difficult to develop; in fact, all are already in use in many places. For example, Denmark gets 15 percent of its total electricity from wind turbines. Hydrogen and solar energy systems are powering the U.S. space program and many other military programs. In Germany, BMW is operating and selling hydrogen-powered cars with conventional engines that are far more efficient than gasoline-powered cars. In Japan, Mazda is converting its rotary engine to hydrogen. DaimlerChrysler, Ford, Honda, Toyota and GM are also developing hydrogen fuel cell cars. And the Rocky Mountain Institute—an important technology think tank and research institute directed by Amory Lovins—has completed design and construction of a prototype hydrogen fuel cell “hypercar” that will be inexpensive, has most of the safety and performance features of standard cars, and is claimed to achieve the equivalent of 99 miles per gallon using hydrogen. (See Lovin’s book Hypercars: Materials, Manufacturing, and Policy Implications)

Hydrogen has none of the geopolitical problems of oil, and it is not scarce. It is, in fact, the most plentiful element in the universe and can be converted directly from water. It can be unlocked from water by electrolysis, using electrical energy from wind turbines, or it can be reformed from natural gas. The process is relatively simple; it does not pollute—its only tailpipe emission is water—and no global cartel can control it.

Iceland has begun work to achieve its goal of becoming the first country in the world to use hydrogen-fuel cell technology to displace all of its remaining fossil fuel use by 2030. And the state of North Dakota is gearing toward the introduction of 10,000 megawatts from wind generation on farmlands there.  Denmark plans to build a new series of large-scale offshore wind farms in the North Sea and the Baltic that will generate half of the country’s power by 2030.

Lester Brown, founder of the Worldwatch Institute, predicts that in many countries wind turbines will supply both electricity and, through electrolysis of water, hydrogen. Together, says Brown, “electricity and hydrogen can meet all the energy needs of a modern society.”

In another report from Worldwatch, “Hydrogen Futures,” Seth Dunn predicts a nearly complete transition from fossil fuels to hydrogen within a century, although it could be argued that we should move much faster than that if we are to save the global climate. Dr. Ty Cashman, former secretary of energy of California, says “an informed global public may be all that is required to bring an end to the climate-destabilizing fossil fuel era.” And U.S. Windpower Corporation founder Alvin Duskin, now head of the new Committee for the Conversion of the Oil-Based Economy, an NGO in San Francisco, says, “The only thing limiting the immediate conversion is the assumption that hydrogen is more expensive to produce than oil, but only if you ignore the repeating military costs from protecting oil suppliers and fighting wars, and the environmental costs from cleanups of oil spills and the like. If you delivered those costs to the pumping station, hydrogen would already be far cheaper. In any case, within a few years the unit price will be lower than gasoline, no matter how the costs are calculated.”

Transitioning from Fossil Fuels
In a recent comprehensive report, “Energy Innovations: A Prosperous Path to a Clean Environment,” the Cambridge, Massachusetts-based Union of Concerned Scientists (UCS), founded by the late Nobel laureate Dr. Henry Kendall, undertook a thorough analysis of steps needed to make a transition from fossil fuels to an energy future without the myriad political, economic, environmental, and social harms that are inherent in the present model. In addition to endorsing most of the alternative systems already mentioned, UCS cites recent advances in membrane technologies, advanced gas turbines, and integrated green building designs that would further reduce dependency on either fossil fuels or nuclear sources. UCS also suggests a highly innovative set of new tax strategies they could reallocate costs to motivate higher energy efficiency and lower emissions while avoiding any overall increase of taxes and fees.

Other well-circulated tax ideas include a so-called carbon tax on fossil fuels and a Tobin tax on all international financial transactions. This latter tax could be earmarked directly for the conversion away from a fossil fuels economy. It should be remembered that 30 years ago, production tax credits helped kick-start a vital new turn to solar and wind. But when oil prices plummeted and Ronald Reagan took office, that changed. It must now be revived again.

All of the above is aside from the great contribution that could be made from even minimal efforts at direct energy conservation. The New Economics Foundation points out that energy has been conserved on a mass scale with enormous success in many countries in periods of crisis. During World War II, for example, the United Kingdom reduced its fossil fuel use by 80 percent yet still mounted a major military effort. The United States had similar results on the occasions in its history when energy conservation became a national priority—unlike the present, when additional consumption is the national goal. In recent years, countries such as Germany, Japan, and Sweden have drastically reduced their energy use without notable diminishment in lifestyle. Indeed, such changes would likely bring a far more peaceful, healthful existence within newly stabilized and localized democratic systems.

If we converted now to this kind of combination of new energy sources for all electricity and transportation, we would immediately achieve the following positive outcomes:

Government and Grassroots Action
To increase the political viability of this transformation from fossil fuels, many NGOs and some government agencies are circulating draft domestic sustainable energy statutes, as well as draft international treaties, to establish independent international agencies to work with and lead governments in making these changes. Among the more comprehensive and widely circulated is an international sustainable energy fund statute prepared by the New York-based Global Resource Action Center for the Environment (GRACE). A full draft was released at the World Summit on Sustainable Development in Johannesburg in August 2002 (see www.gracelinks.org). The fund would support sustainable energy programs for the world’s two billion poor and would finance the programs with the savings from the phase-out of government subsidies to fossil fuels. Imagine the impact if such a fund were established and fossil fuels lending by the international financial institutions and government export credit agencies were eliminated.

Michael Northrup of the Rockefeller Brothers Fund, a foundation in New York, argues that people of most countries are way ahead of politicians, especially in the United States. On climate change issues, for example, he says, “Growing evidence suggests that a real movement has begun at the subfederal level to lower greenhouse gas emissions, often at rates equal to or better than those proposed in any international accord.” He offers the following inspiring list of grassroots actions in the United States:

Although these examples of grassroots action are insignificant on the larger plane, they do signify an awakening public. And getting the United States to take real action is critical. Although the world community is willing to act without the United States, a strengthened subfederal reductions movement connected to federal policymaking could help the transition happen faster.

Excerpted, with permission from the publisher, from Alternatives to Economic Globalization: A Better World Is Possible, A Report of the International Forum on Globalization (2002) by IFG, drafting committee, John Cavanaugh, et al. (Berrett-Koehler Publishers, Inc.), San Francisco, CA. All rights reserved (www.bkconnection.com).

Related Stories:
Energy
Tweet
‹ The New Face of Agriculture up Resources for Reclaiming our Resources ›