A tool for prioritizing women in trade deals

By Marceline A. White 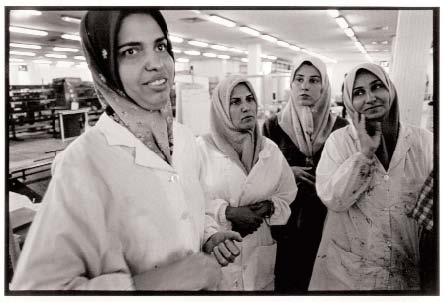 In the village of San Ignacio, Mexico, Felicitas Villalobos weaves baskets. For Felicitas and many of the Tarahumara Indians living in a poverty-stricken region, creating baskets is one of the only ways to earn an income.  At 28, she is a mother of two small children and the sole wage earner for her family.  Her baskets can sell for nearly $100 a week on the export market where she can earn up to three times as much as a factory worker.  Still, because of taxes imposed on exports since the signing of the North American Free Trade Agreement (NAFTA), her earnings do not meet Mexico’s official living wage of $445 per month, which includes the average cost of food, clothing and housing for a family of four.  However, if the taxes were removed, Felicitas's earnings would increase by $66 per month, bringing her income to just above the living wage and providing a more stable life for her family.

A recent Women’s Edge Coalition study shows that the North American Free Trade Agreement (NAFTA) has had negative social impacts on poor women—like Felicitas Villalobos—and their families, and communities in Mexico (the only developing country in the trade pact). According to the study, “NAFTA and the FTAA: Impact on Mexico’s Agriculture Sector,” NAFTA caused poverty to increase by 50 percent for women-headed households, while poverty decreased by five percent for male-headed households. Additionally, the amount of basic goods (food, clothing, health, education and housing) that Mexicans could afford to buy dropped by 50 percent between 1990 and 2000, further exacerbating women’s poverty.

How Trade Affects Women
Of the 1.13 billion people living in poverty globally, the vast majority are women. Although international trade has the ability to lift these women —as well as their families and their communities— out of poverty, it is currently leaving many behind.

Though trade is considered to be gender-neutral, several factors limit women’s capacity to engage in trade activity. For example, social and cultural discrimination may reduce women’s access to the type of education and technological training needed for them to get some of the better-paying jobs created by trade agreements. Since women face a sex-segregated labor market in many countries, they are often not hired for jobs for which they qualify. Considered “secondary” wage earners, women tend to be the last hired and first fired. Women of child-bearing age may also be discouraged from seeking jobs in certain sectors which are considered physically taxing.

The Trade Impact Review
The Women’s Edge Coalition believes that trade can work for women. But trade agreements are currently negotiated and implemented with no systematic effort to examine the potential impacts on the poor—the purported target population to benefit from trade and economic growth. If the goal of trade is to reduce poverty, it is essential to conduct proper analyses to forecast how trade will affect the poor, especially poor women.

To shed light on the links between trade, women and poverty, the Women's Edge Coalition developed the Trade Impact Review (TIR), a tool to assess potential positive and negative impacts caused by trade agreements.  By conducting the TIR, trade negotiators, policy makers and development professionals can accurately gage how trade will affect women and make educated decisions that benefit everyone.

The TIR is a framework which encourages interested parties to: gather gender-related data from a variety of sources; use computer models to look specifically at the roles of women and men, and forecast trade’s possible effects; and consider in-depth social analyses. The process of conducting the TIR involves a wide array of stakeholders, including citizens’ groups, in an open and transparent process. The tool examines agriculture, manufacturing, services, informal and home-based sectors, foreign investment, intellectual property rights, domestic laws and regulations, labor standards, human rights, and social protections for the poor.

The TIR is the centerpiece of the Women’s Edge Coalition’s Look FIRST (Full Impact Review and Screening of Trade) Campaign, the goal of which is to pass legislation requiring the U.S. government to conduct a Trade Impact Review. In a victory for the women of Central America, the Women’s Edge Coalition successfully worked with U.S. Representatives Jim McGovern (D-MA), Hilda Solis (D-CA), and Louise Slaughter (D-NY) to ensure that the U.S. Trade Representative looks at how Central American workers may be affected by the Central American Free Trade Agreement (CAFTA). This success will enable U.S. and Central American trade negotiators to examine employment options, as well as wages and working conditions for women in the region, in order to craft policies that help the poorest women. The Women’s Edge Coalition is also working to ensure that such comprehensive assessments are required for every trade agreement that the United States signs.

Marceline A. White, is the global trade director at the Women’s Edge Coalition (www.womensedge.org). She has written about many aspects of women and trade. Her most recent article, “Women and Global Trade: ‘Engendering’ a New Development-Centered, Rights-Based Trade Policy,” will appear in the forthcoming anthology, Gender and Justice.