How community-based organizers are connecting the global-local dots

By Tony LoPresti and Manuel Pastor

During the 1980s, policy wonks and suit-and-tie progressives from non-governmental organizations (NGOs) were typically the ones to fly halfway around the world to influence meetings where the global economic agenda was being hashed out by corporate executives, trade negotiators and international financiers.  In recent years, however, community organizers from the United States have begun to appear on the international circuit, sometimes to join the protests at ministerials, such as the World Trade Organization’s meeting in Canc?É?í?Ç¬?n last September, and often as participants in alternative conferences such as the World Social Forum and the World Conference Against Racism. 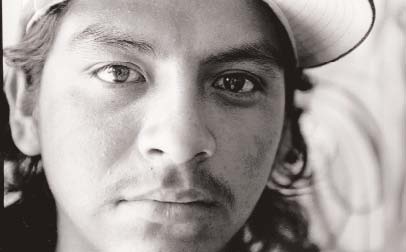 Increasingly aware of the devastating impacts that global trade policies have on their constituencies at home, these U.S.-based organizers have been eager to mount a global counterattack. They’ve also sought to catch up with community leaders in the developing world who have long known that the seemingly distant issues of global trade and investment are determining local destinies.

The global justice movement that made a name for itself in the massive mobilizations that began in Seattle in 1999 has provided a context for these organizers. While community groups sympathize with the protests and marches that whirl around global trade summits, they often lack the resources to send members to protests. They have also been frustrated by the lack of diversity in U.S.-based global justice efforts (a problem captured by activist Bettita Martinez’s provocative question, “Where was the color in Seattle?”).  In response, community-based organizations (CBOs), led by or representing low-income people of color, are patiently building a grassroots base for the global justice movement.

Making the Global Connection
One of the main groups pushing the new community-based interest in globalization is Jobs with Justice (JwJ), a national organization with more than 40 local chapters charged with building bridges between labor, faith and community. In 2001, JwJ representatives went to Porto Alegre, Brazil to attend the first World Social Forum (WSF), a gathering of progressives originally conceived as an alternative to the corporate-dominated World Economic Forum held annually in Davos, Switzerland. While they were impressed by the wide range of voices from the developing world, they also recognized a glaring absence of grassroots participation from the United States. In response, JwJ raised funds to send large delegations to the following three WSFs as part of a “Grassroots Global Justice” (GGJ) project.

Accustomed to operating on a limited budget that requires a laser-sharp community focus, community-based organizers are cautiously inspired by the potential for working with like-minded groups they meet at the WSF.  Fortunately, these organizers are discovering that taking on a global struggle doesn’t necessarily mean taking on new issues, but rather re-thinking how their local work is framed.

Julia Sudbury, with INCITE, a volunteer-based organization working on violence against women of color and the prison industrial complex, was part of the GGJ delegation attending the WSF this January in Mumbai, India. “We started thinking about welfare reform, which has a disproportionate impact on women of color, and puts them at a higher risk of violence, as part of a global neoliberal agenda,” she notes. Then we heard that the women in India were talking about their struggle against the ways subsidized rice is being cut back. Welfare reform and cutbacks on subsidized rice might look different, but fundamentally, they’re based on the same principle. I think that [understanding] was important so that we could think about those impacts as global, and the mobilization against [them as] global, too.”

Community-Based Anti-Globalization
The community-based global approach is often grounded in cross-border, grassroots relationships that are formed over time. The Tennessee Industrial Renewal Network (TIRN), one of the first U.S. community-based groups to integrate global justice into their work, was formed in 1989 to provide support for communities that were quickly losing manufacturing jobs as factories moved south of the border. As protectionist, anti-immigrant sentiment flared in their communities, TIRN started a worker exchange program that sent factory workers to Mexico to witness the poor working conditions and, in turn, hosted delegations of Mexican workers in Tennessee. Forming this cross-border relationship helped create a bi-national alliance that later became a tri-national alliance with Canadian organizations after the NAFTA fight in the early 90s.

“People who go on these exchanges come back as much stronger and vocal advocates for immigrants in their own communities,” says Kristi Disney, an organizer with TIRN. “Union members in particular come back with a profound respect for the kind of organizing that’s going on in Latin America, and how much people have to sacrifice on a daily basis to do the kind of work that they’re doing, especially women workers. Bringing back that testimony inspires their peers.”

It’s this testimony of lived experience that feeds the popular education activities that are at the core of an emerging community-based global justice movement in the United States. Popular educators and activists understand that while dexterity with the alphabet soup of acronyms—WTO, IMF, FTAA, GATS, TRIPS, MAI—may be a must for advocates working on policy, it’s not a vernacular that catches on with the masses. Instead, community members need to see how their livelihoods are threatened at a local level, and how their fights are not with other workers and other communities but rather with the corporate giants driving a race to the bottom.

Many global justice advocates ensconced in think tanks and advocacy groups wonder why the global-local link takes so much time to forge. But progressive CBOs are constituency-driven. Their grassroots membership is less impressed by thousands of angry protesters waving signs at phalanxes of riot police, and more moved by the sort of patient work that connects the global-local dots.

Cross-Border Base Building
While some community-based organizations take part in long-distance exchanges, or implement creative popular education programs (see “Galvanizing the Grassroots,” page 54) to communicate the global-local connection to membership, others position themselves where globalization has long been a daily reality.

The Environmental Health Coalition (EHC), an environmental justice group located in San Diego, started a border campaign to do extensive popular education in the maquila zone, an export-processing swath along the U.S.-Mexico border that bears some of the harshest evidence of the ill effects of globalization. One of the key objectives of this campaign is to generate solidarity between low-income immigrant communities in San Diego, EHC’s traditional constituency, and the colonias (squatter townships with little or no infrastructure) in Tijuana. According to Connie Garcia, an organizer with EHC who has participated in the Grassroots Global Justice delegations to the WSF, most of the members in San Diego that attend meetings and trainings have a personal connection, through family or their own experience, to the working conditions in Tijuana, and are quick to show support. Many of the environmental hazards are the same, and EHC can use legislative victories in the United States, such as the passing of the Right to Know Act (legislation that requires facilities to disclose hazardous chemical use), to help inform and inspire campaigns south of the border.

Other cross-border efforts have concentrated on sharing new organizing techniques such as community-based monitoring of oil refinery emissions—known as the “bucket brigades”—that is now being used in California, Louisiana, South Africa, and the Philippines. But these and other efforts represent just the tip of an iceberg of cross-border community resistance that will be enriched by:

Looking Forward
The advantages of integrating a global perspective may be especially important for environmental justice groups. As Robert Bullard, Ph.D., of the Environmental Justice Resource Center argued in a paper prepared for the World Conference Against Racism in South Africa, the same corporations using communities of color as “sacrifice zones” in the United States are targeting low-income areas in the developing world. Such communities are finding common ground in their counterresponses. As a result, environmental justice organizations are learning the value of linking community resistance along the global toxic trails of the industries that they have been fighting at home.

Global justice organizing is often portrayed as a sort of “field of dreams”—build it and they will come.  Foundations, mainline advocacy groups, unions, and others think that pointing out the negative impacts of corporate globalization will be enough to galvanize those most affected by the downside of the new global economy.

However, making the global-local link is a resource-intensive task, one that requires a larger slice of the philanthropic pie to allow community-based organizations to dedicate staff to long-term global work. The context is ripe for such investment of time, energy and foundation dollars. With the help of efforts such as Grassroots Global Justice and numerous local organizers, grassroots leaders have begun to recognize that they are already situated on the frontlines of the battle for global justice. They can engage—in fact, lead—in the debate about globalization even as they continue to build local power.

Tony LoPresti and Manuel Pastor are research associate and co-director, respectively, at the Center for Justice, Tolerance and Community at the University of California, Santa Cruz.  The Center has been working for the last two years with the InterAmerican Forum of Miami on a project entitled, “Globalizing Civil Society,” which seeks to bring new voices to the debate about globalization and its impacts in the United States.