Weighing the benefits and challenges of partnerships

By Khan Chao and Sokny Long

Research studies that bring youth and scientific researchers together are often complex. Although many people play a role in the research, including principal investigators, academics, scientists, researchers, and community participants, youth are frequently overlooked. Understanding how the different groups perceive research is essential if the research process is to succeed and meet the different needs of groups, including youth. Children and teens are among those most affected by environmental and public health problems, and for that reason, should be actively involved in any research that has an impact on their communities. 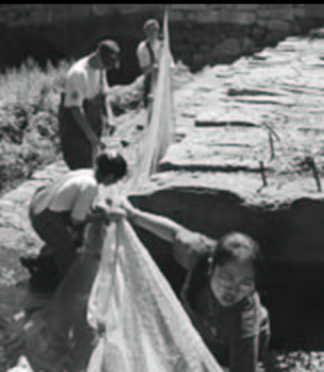 In the spring of 1997, the River Ambassador Program (RAP), a volunteer-based youth program supported by the Center for Family, Work and Community at the University of Massachusetts- Lowell, formed to assist in a number of community functions. To learn about and connect with their culture, the teens first volunteered for a newly organized event called the Southeast Asian Water Festival. Currently, the program not only provides project-based, hands-on activities relating to environmental justice issues, but it also gives students the opportunities to develop and create their own environmental activities.

In recent years, many environmental interest groups and researchers have approached the program to assist with research projects. The projects range from understanding potential harm from beauty products to surveying fishing activities in Lowell’s canal. We know from experience that working with faculty from a university can be challenging. Researchers may perceive teenagers as an easy way to access the community without valuing the youth as active participants in the project. At times researchers don’t recognize that certain research methods, such as surveys and focus groups, don’t appeal to the youth. Other times research projects are unsuccessful because of a lack of communication or understanding of how a youth program functions; for example, complicated consent forms and procedures are obstacles to youth-researcher collaborations.

Given these challenges, how should adults work with teens on a research projects? One challenge is to identify research methods that will interest youth. Most youth will only participate if they can connect with the research and researchers. Researchers who are friendly and interested in youth are more successful. Another key piece to effective research is making sure teens are fully informed of the project from beginning to end. It is helpful for the teens to understand the stages and processes of the research, and to have the research serve as a learning tool. Youth also know when they are being used, so the interaction they have with researchers must enable them to feel like integral parts of the project, and affirm that their input is valuable.

RAP Research Projects
Following are several examples of RAP research activities. These examples describe the range of projects made available to youth and also detail some problems that can emerge in youth-expert partnerships.

1) The Food Ethnography Project, concluded in 2003, studied food and cultural practices within the Cambodian community, particularly practices that might affect environmental health. This project met multiple goals: it connected to an intergenerational Khmer community through an interview process; and captured and recorded experiences that helped University of Massachusetts researchers, local health providers and a community group better understand food practices. The project also helped researchers become more familiar with cultural practices and important traditions (e.g. fishing, gardening and farming) that may lead to increased environmental health risks from living in a highly urbanized area such as Lowell. The project ultimately sought to understand the best ways to share information about food and environmental health. 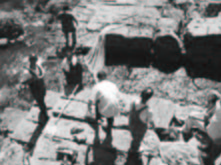 Selected teens from the River Ambassador Program were trained by the ethnographers and researchers to be professional interviewers and researchers. The research was unique because it was teen-driven and allowed room for flexibility. Teens had the opportunity to perform the research at home at times that were convenient to them. This gave them a chance to interview friends and family during dinnertime or in a school cafeteria, and to take photos of their favorite everyday foods.

Besides participating in the research, the teens also enjoyed learning about the researchers themselves. Teens are always in search of positive role models and this project took a personal tone and allowed the teens to explore their curiosity. The teens were interested in learning about ethnography (the study of human cultures), the needed skills and education, and how much ethnographers are paid. A successful connection between youth and researchers is important as a means of ensuring long-term sensitive and useful research. If any of the youth become inspired or encouraged through this interaction to explore education and a career in environmental health or a related field, then there could be the additional success of cultivating, in the long run, a researcher who is from the community instead of an “outsider.” This is especially important with a community of relatively new immigrants.

2) The Canal Fish Project, completed this year, had the goals of educating and promoting awareness about fish consumption and the dangers of mercury in fish to the Lowell community. One challenging aspect of this project was identifying a common message. There were disagreements among the partners about whether or not to include the findings on water quality, and whether or not to emphasize the dangers of fish consumption. Some partners did not want to be responsible for stating that fish, potentially contaminated with mercury from the river, were safe to eat. Others recognized the central cultural and nutritional role of fish in the Southeast Asian communities of Lowell, and felt it would be inappropriate to create fear about consuming those fish.

Yet another challenge for effective youth participation was that the project focused almost entirely on the environmental science component and lacked authentic community involvement. A nonresident organization led the project with funding from a local community organization. Multiple technical assistance partners were brought in to distribute the roles but the issue of project ownership was unclear. Be-cause some of the project leaders were not from Lowell, they were less educated about the fact that Lowell is an immigrant community, rich in culture and diversity. They relied mostly on the knowledge of community organizations and the teens. This project was not successful in our eyes. If done differently, we would like to be part of the decision-making process from the start. The project would also include community inputs, shared data, and stipends for teens.

In addition to testing the water, we hoped to build linkages between the community and local organizations to heighten community awareness of water issues, and to reach parents through their children. We succeeded to some extent on these goals: information was distributed during local community events and festivals.

Lessons Learned
Following are some lessons we have learned about how to succeed in involving teens in research that makes a difference in their lives:

Khan Chao and Sokny Long are co-advisors to the River Ambassador Program (RAP) at the Center for Family, Work and Community at the University of Massachusetts-Lowell. RAP is a program of the New Ventures Environmental Justice Partnership, whose goal is to strengthen environmental health research and applications to improve the health of refugees and immigrants by expanding partnerships, developing a stronger university/community relationship, sharing innovations, and drawing strength from immigrant youth.

Tweet
‹ Clearing the Air in Chinatown up Research in Action ›