Education as Enforcement:Militarization and Corporatization of Schools 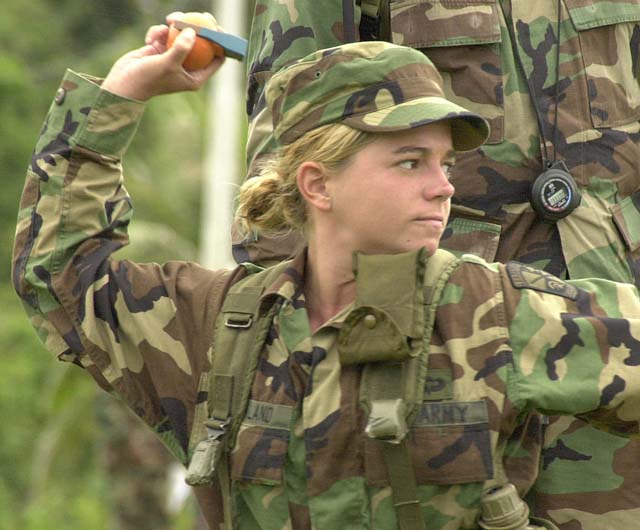 Public schools in the United States have increasingly come to resemble the military and prison systems with their hiring of military generals as school administrators and heavy investment in security apparatus—metal detectors, high-tech dog tag IDs, chainlink fences, and real-time Internet-based or hidden mobile surveillance cameras—plus, their school uniforms, security consultants, surprise searches, and the presence of police on campuses.1 But it would be a mistake to understand the preoccupation with security as merely a mass media-driven hysteria in the wake of Virginia Tech and other high-profile shootings, and myopic to ignore the history of public school militarization prior to September 11.

Militarized education in the United States needs to be understood in relation to the enforcement of global corporate imperatives as they expand markets through the real and symbolic violence of war. Militarism and the promotion of violence as virtue pervade foreign and domestic policy, popular culture, educational discourse, and language. A high level of comfort with rising militarism in all areas of life, particularly schooling, set the stage for the radically militarized reactions to September 11—including the institutionalization of permanent war, the suspension of civil liberties, and an active hostility from the state and mass media towards any attempt to address the underlying causes for the unprecedented attack on the United States.

I believe that militarized schooling in America encompasses two broad trends—“military education” and what may be called “education as enforcement.”

Junior Reserve Officer Training Corps—Two Agendas
Military education refers to explicit efforts to expand and legitimate military training in public schools and is exemplified by the Junior Reserve Officer Training Corps (JROTC), the Troops to Teachers program (which places retired soldiers in schools), the trend towards hiring military generals as school superintendents or CEOs, the school uniform movement, the Lockheed Martin corporation’s public school in Georgia, and the army’s development of the biggest online education program in the world as a recruiting tool. A large number of private military schools, such as the notorious Virginia Military Institute (VMI), service the public military academies and the military itself and are considered ideals that public school militarization should strive towards. Like the Boy Scouts and Girl Scouts, military education turns hierarchical organization, competition, group cohesion, and weaponry into fun and games. The focus on adventure activities has made these programs extremely successful at recruitment and nearly half (47 percent) of the 200,000 students in the 1,420 JROTC army programs nationwide enter military service.

In addition to promoting recruitment, military education plays a central role in fostering a social focus on discipline exemplified by the rise of militarized policing, increased powers for search and seizure, the laws against public gathering, “zero tolerance” policies, and the transformation of welfare into punishing workfare programs. This militarization of civil society has been further intensified since September 11, as conservatives and liberals alike have seized upon the “terrorist threat” to justify the passage of the USA Patriot Act.

The “education as enforcement” trend understands militarized public schooling to be part of the militarization of civil society, which in turn has to be understood as being part of the broader social, cultural, and economic movements for state-backed corporate globalization seeking to erode democratic power while expanding and enforcing corporate power at local, national, and global levels.

Neoliberalism’s Role In Education
Corporate globalization, which should be viewed as a doctrine rather than as an inevitable phenomenon, is driven by the philosophy of neoliberalism whose economic and political doctrine insists upon the virtues of privatization and liberalization of trade, while concomitantly placing its faith in the discipline of the market for the resolution of all social and individual problems.

Within the United States, neoliberal policies have been characterized by supporters as “free market policies that encourage private enterprise and consumer choice, reward personal responsibility and entrepreneurial initiative, and undermine the dead hand of the incompetent, bureaucratic, and parasitic government that can never do good even if well intended, which it rarely is.”2 Within the neoliberal view, the public sphere—schools, parks, social security, and healthcare included—should either be privatized or put into service for the private sphere, as in the case of federal subsidies for corporate agriculture, entertainment, and defense.

Ronald Reagan entered office with plans to dismantle the United States Department of Education and implement market-based voucher schemes. Both initiatives failed largely because of the teachers’ unions and the fact that public opinion was yet to be influenced by corporate-financed public relations campaigns that make neoliberal ideals appear commonsensical.3 However, during his second term as president, Reagan successfully appropriated the racial, equity-based, magnet school voucher model developed by liberals to declare that the market model (rather than authoritative federal action against racism) was responsible for the high quality of these schools.4  The real triumph of the market-based rhetoric was to shift discussion away from political concerns about the role of public education in preparing citizens for democratic participation and to redefine public schooling as a good or service, like toilet paper or soap, which students and parents consume.

Educating to Enforce Globalization
Despite a history of racial and class oppression—owing in no small part to the fact that public schooling has been tied to local property wealth and hence, unequally distributed as a resource—and the material and ideological constraints often faced by teachers and administrators, public schooling has always been a forum for democratic deliberation where communities could convene to struggle over values or envision a future far broader than the one imagined by multinational corporations. Hence, in speaking of militarized public schooling in the United States, it is not enough to identify the extent to which certain schools (particularly urban, non-white schools) increasingly resemble prisons or serve as prime recruitment grounds for the military. Instead, militarized public schooling needs to be understood in terms of the enforcement of globalization through implementation of all the policies and reforms that are guided by neoliberal ideals.

Globalization gets enforced through: (a) privatization schemes, such as vouchers, charters, performance contracting, and commercialization; (b) standards and accountability schemes that seek to enforce a uniform curriculum with emphasis on testing and quantifiable performance; and (c) assessment, accreditation (in higher education), and curricula that celebrate market values and the culture of those in power, rather than human and democratic values. The curricula are designed to avoid critical questions about the relationship between the production of knowledge and power, authority, politics, history, and ethics. Some multinational corporations, such as Disney with their Celebration School, and BP Amoco with their middle-level science curriculum, have appropriated progressive pedagogical methods that strive to promote a vision of a world best served under a benevolent corporate management.

Education as a National Security Issue
The Hart-Rudman commission in 2000 called for education to be classified as an issue of national security, hence requiring increased federal funding for school security at the cost of community policing, and the continuation of the Troops to Teachers program. This kind of thinking is characteristic of the antifederalist aspect of neoliberalism—a politics of containment rather than investment—and efficacious in keeping large segments of the population uneducated or undereducated, and encouraging the flow of funds to the defense and high-tech sectors and away from populations deemed to be of little use to capital. Most importantly, those employed in low-skill, low-paying service sector jobs, would likely complain or even organize if they were encouraged to question and think too much.

Education and literacy are tied to political participation. Participation might mean educated elites demanding social investment in public projects, or at least projects that might benefit most people. That is the real reason why the federal government wants soldiers rather than unemployed Ph.Ds in the classrooms. Additionally, corporate globalization initiatives, such as the Free Trade Area of the Americas (FTAA), seek to allow corporate competition in the public sector at an unprecedented level. In theory, public schools would have to compete with for-profit schooling initiatives from any corporation in the world. But by redefining public schooling as a national security issue, it can be exempt from the purview that agreements, such as the FTAA, impose on nations. Consistent with the trend, education as national security defines the public interest through reforms that inhibit teaching as a critical and intellectual endeavor that aims to make a participatory citizenry capable of building the public sphere.

Transforming the War Economy
In his book, After Capitalism, Seymour Melman argues that a central task of the future is the transformation of a war economy into a civilian one—not only for former Soviet states but also for the United States.

Considering the ways that the global financial system maintains poverty and the military system produces war, a key task for educators is to imagine education as a means of mobilizing citizens to understand these systems and steer them toward a goal of global democracy and justice. Militarized schooling can be resisted at the local level. Kevin Ramirez, for example, started and runs the “Military Out of our Schools” campaign that seeks to eject JROTC programs from public schools. Ramirez points out to parents, teachers, administrators, and newspaper reporters that school violence is an extension of social violence, which is taught through programs like the JROTC.

I have argued that militarized education in the United States needs to be understood in relation to the enforcement of corporate economic imperatives and a rising trend towards “law and order” that pervades popular culture, educational discourse, foreign policy, and language. Therefore, the movement against militarism in education must go beyond the schools and challenge the many ways that militarism as a cultural logic enforces the expansion of corporate power and decimates public power. Such a movement must include the practice of critical pedagogy and ideally, also link with other movements against oppression, such as the antiglobalization, feminist, labor, environmental, and antiracism movements. Together, we can form the basis for imagining and implementing a just future.

Kenneth J. Saltman is an assistant professor in Social and Cultural Foundations in Education at DePaul University. He is the author of Collateral Damage: Corporatizing Public Schools—A Threat to Democracy (Rowman & Littlefield, 2001) and Capitalizing on Disaster: Taking and Breaking Schools (Paradigm Publishers, 2007).

Download or view a pdf of this article (243KB).

Related Stories:
Education
Tweet
‹ The Drive to Oust the Middle Class from Inner City Public Schools up Organizing as Educating ›