From the Directors Desk: Educating for Regional Equity 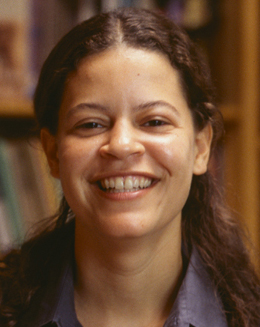 For more than a decade, Urban Habitat has used community-based education in the service of justice for communities of color and low-income residents of the San Francisco Bay area. Since its founding in 1989, a central element of Urban Habitat’s mission has been creating an understanding of the regional forces that determine disinvestment in infrastructure, education, transportation, housing, employment and healthcare access. More recently we have moved into new territory, investigating educational methods that can empower and educate impacted communities to push traditional models of development toward more equitable outcomes.

In San Leandro, as part of a larger effort called the Great Communities Collaborative, Urban Habitat has been partnering with Congregations Organizing for Renewal (COR) to provide training and access to resources related to public policy, urban planning, transportation, and housing finance. This work is aimed at educating neighborhood residents on the benefits of building affordable housing as part of the new wave of transit-oriented development.

As one of the core partners in the Richmond Equitable Development Initiative (REDI), Urban Habitat has helped organize a combination of grassroots education for community residents, with training tailored to meet the needs of city officials and department heads. In doing so, we hope to position elected leadership to advance the equitable revitalization of Richmond, while simultaneously ensuring that there is the public will to hold them accountable to this agenda.

As Bay Area housing market continues to tighten and developable land diminishes, Richmond is beginning to catch the eye of developers. In many ways, it’s a community ripe for the problems associated with discriminatory development: gentrification, increased police harassment of the poor, and the siting of toxic industries in the center of communities of color. But it is also a city with a changing political climate, which provides the opportunity for equity to be a unifying goal that brings together diverse constituencies from across the city. We saw that happen in July, when over 250 community members and elected officials turned out to endorse REDI’s policy platform and equitable development principles as part of our General Plan Campaign.

Next year marks the 10th anniversary of the Social Equity Caucus, a coalition staffed by Urban Habitat, which brings together more than 75 organizations committed to building a regional equity agenda. In 2008, we will be presenting a State of the Region to help diverse efforts across the Bay place their struggles within a larger context. In the process, we shall identify opportunities to mobilize together, such as: What can we do about the affordable housing crisis facing each of our communities? Where is the money? Where are the available commission seats? How can we achieve scale? Coupled with this event will be additional trainings to support campaigns around the region.

Each of these educational interventions is part of a long-term process of building capacity toward the goal of establishing a regional equity agenda. Such an agenda is grounded in the community, resonates with diverse stakeholders, and ultimately creates cities that distribute the benefits of new development to communities that have for decades been on the receiving end of substandard housing, minimal public transportation, second rate education, and poorly paid, health-threatening employment.

Building on our analysis of the impacts of suburban sprawl on urban communities of color and inner ring suburbs, Urban Habitat has long led efforts that ensure communities most impacted can play a leadership role in developing and implementing the solutions to these problems. Addressing the leadership challenge is critical in sustaining this work both now, and over the long-term.?

Download or view a pdf of this article (73KB).