In 1892, 30-year-old Black shoemaker Homer Plessy was arrested for sitting in a “white” car of the East Louisiana Railroad. His refusal to sit in the “colored” car brought the weight of Louisiana’s Separate Car Act—an 1890 act that provided separate railway carriages for white and Black passengers—upon him. While Plessy contended that the Separate Car Act violated the Thirteenth and Fourteenth Amendments to the Constitution, he was found guilty. Plessy appealed the ruling to the Louisiana Supreme Court and lost. Determined to fight for his civil rights, Plessy appealed to the U.S. Supreme Court, but lost once again. 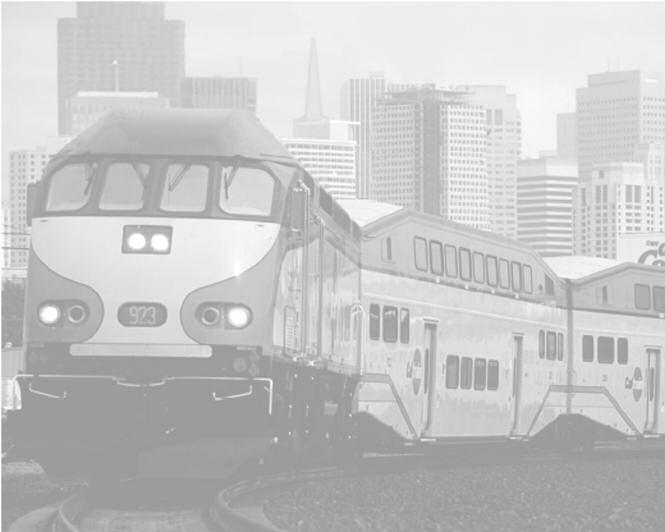 In May 1896, the U.S. Supreme Court decision upheld the Separate Car Act of Louisiana that called for segregated “white” and “colored” seating on railroad cars. The Plessy v. Ferguson decision ushered in the infamous doctrine of “separate but equal.” Reaching beyond the scope of transportation, the Plessy doctrine embraced many other areas of public life, such as rest rooms, theaters, and public schools, and provided legal basis for racial segregation in the United States. On behalf of a seven-person majority, U.S. Supreme Court Justice Henry Brown wrote the following:

"That [The Separate Car Act] does not conflict with the Thirteenth Amendment, which abolished slavery…is too clear for argument…A statute which implies merely a legal distinction between the white and colored race—a distinction which is founded in the color of the two races, and which must always exist so long as white men are distinguished from the other race by color—has no tendency to destroy the legal equality of the two races.…The object of the [Fourteenth Amendment] was undoubtedly to enforce the absolute equality of the two races before the law, but in the nature of things it could not have been intended to abolish distinctions based upon color, or to enforce social, as distinguished from political equality, or a commingling of the two races upon terms unsatisfactory to either."

In 1953, a year before Brown v. Board of Education of Topeka struck down Plessy’s “separate but equal” doctrine, African Americans in Baton Rouge, Louisiana, under the banner of the United Defense League, staged the nation’s first successful bus boycott against transportation racism. African Americans accounted for the overwhelming majority of Baton Rouge bus riders and two-thirds of the bus company’s revenue. The United Defense League’s economic boycott effectively disrupted the financial stability of the Baton Rouge bus company, costing it over $1,600 a day.

In December 1955, on the heels of the Baton Rouge bus boycott and the Brown decision, Rosa Parks, a 43-year-old black seamstress in Montgomery, Alabama, was arrested for refusing to give up her bus seat to a white man in defiance of local Jim Crow laws—igniting the modern civil rights movement. E. D. Nixon, the highly respected black labor leader who had organized the Black Brotherhood of Sleeping Car Porters Union in Montgomery, bailed Parks out of jail and gained her consent to use her case to challenge Jim Crow.

Park’s action sparked new leadership around transportation and civil rights. Local Black leaders met at Dexter Avenue Baptist Church and Formed the Montgomery Improvement Association (MIA). They elected twenty-six-year-old Martin Luther King, Jr.—at the time, a little known minister at the Dexter Avenue Baptist Church—as their spokesperson. Though Blacks were tired of seeing half-empty buses pass them up because the drivers were saving seats for whites, Blacks were fighting for more than a seat on the front of the bus. They were demanding Black bus drivers, more stops in Black neighborhoods, and elimination of the practice of forcing Black riders to pay at the front of the bus but enter through the back. The MIA, which led the bus boycott, inspired blacks not only to defy Jim Crow segregation on the buses, but to confront institutional racism that permeated all aspects of Black life in America.

The MIA organized a volunteer car pool to transport boycott participants. The sophisticated transportation system devised by the MIA proved to be an effective weapon against the Montgomery bus company. In a matter of days, the MIA organized 48 dispatch and 42 pick-up stations, creating car pools that operated with military precision. The Montgomery police quickly began arresting drivers and handing out tickets for overloading cars. Passengers waiting for rides were harassed and some were arrested for loitering. Still, no amount of police harassment managed to break the backbone of the 381-day bus boycott.

In February 1956, the MIA filed suit in the U.S. District Court challenging the legality of segregated buses. Shortly thereafter, King and some 90 other activists were arrested for conspiring to organize a boycott. King’s trial made national news and exposed the ugly face of Jim Crow transportation. In June 1956, the U.S. Supreme Court ruled in favor of the MIA.

Martin Luther King, Jr., recognized that racism in its many forms was holding Blacks back economically and that Blacks were being denied the basic rights that white Americans took for granted. In his speeches, he made it clear that the racism being fought in the Montgomery transit system was not an isolated occurrence, but that racism permeated every American institution.

"When you go beyond the relatively simple though serious problems such as police racism, however, you begin to get into all the complexities of the modern American economy. Urban transit systems in most American cities, for example, have become a genuine civil rights issue—and a valid one—because the layout of rapid-transit systems determines the accessibility of jobs to the Black community. If transportation systems in American cities could be laid out so as to provide an opportunity for poor people to get to meaningful employment, then they could begin to move into the mainstream of American life. A good example of this problem is my home city of Atlanta, where the rapid-transit system has been laid out for the convenience of the white upper-middle-class suburbanites who commute to their jobs downtown. The system has virtually no consideration for connecting the poor people with their jobs. There is only one possible explanation for this situation, and that is the racist blindness of city planners."

By linking the unequal treatment on and access to buses with the violation of constitutionally guaranteed civil rights, the MIA and their leaders built on the foundation laid by the United Defense League boycott in Baton Rouge. The Montgomery bus boycott was a turning point for many reasons. It introduced nonviolent direct action to the Black South and demonstrated the collective power of a united Black community. The basic organizing principles that came out of Montgomery were implanted in the nationwide civil rights movement and changed America forever. The Black masses would no longer be treated as second-class citizens, relegated to the back of the bus. They demanded to be treated as Americans.

This article is excerpted from the volume: Highway Robbery, Transportation Racism and New Routes to Equity,edited by Robert D. Bullard, Glenn S. Johnson, and Angel O. Torres. Highway Robbery confirms the obvious and ignored truth: equality in transportation has been established in name only. Case by case, Highway Robbery shows how—a half-century after the Montgomery bus boycotts—chronic inequality in public transportation is firmly and nationally entrenched. Published by South End Press.

Robert D. Bullard is the Ware Distinguished Professor of Sociology and Director of the Environmental Justice Resource Center at Clark Atlanta University. He is the author of fourteen books, his most recent work being Highway Robbery: Transportation Racism and New Routes to Equity (South End Press, 2004).

Keith Weldon Medley, “The Sad Story of How ‘Separate but Equal’ Was Born”, Smithsonian magazine (February 1994): 106.

Morris, The Origins of the Civil Rights Movement, 58.

Related Stories:
Transportation
Tweet
‹ From the Director's Desk up Global Analysis and Strategies ›