When you see a solar panel installer on a roof you probably think, “green job.” After all, the solar panel will help reduce climate change impacts and provide a renewable source of energy. You assume that the worker is receiving a living 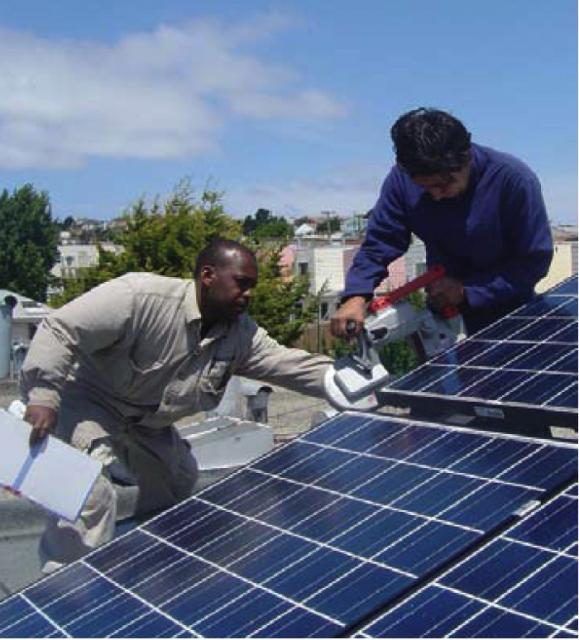 wage and health benefits and has an opportunity for advancement.

The job looks safe and the product looks green. But what if the worker in China, India, or Mexico who made the solar panel was exposed to toxic chemicals, could not afford healthcare, and was denied a living wage and basic labor rights?

As of now, there is no definition for a “green job” that includes consideration for the environmental justice and health impacts on workers, or for the communities where solar products are made or recycled. And without consideration of these issues, the “green job” concept, which has been an important vision for a change from “business as usual,” risks becoming a form of “green wash.”

In the Footsteps of Silicon Giants
The solar industry’s production processes and materials are taken directly from the computer and semiconductor industry. The silicon-based solar panels require the same processes as microchips, and many of the thin film solar manufacturers use equipment and processes similar to those used in making flat panel televisions.

Unfortunately, despite its image as a “clean” technology, the computer industry has never been “green.” Santa Clara County—the birthplace of the personal computer, located in the heart of Silicon Valley—has had significant experience with the environmental impacts of the microchip industry brought on by the industry’s lack of environmental planning and oversight. Widespread toxic chemical pollution has caused injury and death in local communities and around the world. Now brand name electronic companies like Sanyo, Sharp, Samsung, and IBM—not exactly known for their “green” practices—are making solar panels.

Santa Clara County also has two large Superfund sites resulting from chemical spills and toxic leaks from computer manufacturing facilities in the 1980s that are still being cleaned up. In 1982, more than 60,000 gallons of Trichloroethane (TCE)—known to cause birth defects, cancer, and death—contaminated the drinking water of bordering communities.

Most of the electronics manufacturers—including IBM and Hewlett Packard—have since left Silicon Valley and moved their production facilities to locations in China, Malaysia, Mexico, and India where labor is cheaper, environmental regulations poorly enforced, and workers’ rights not fully protected. The manufacturers rarely share information about their component parts suppliers or the locations of their facilities and the working conditions there, deeming such information to be proprietary. Needless to say, green jobs and clean technology are not part of the industry’s legacy. Now, as the solar industry scales up to meet the demand for renewable energy, it must address these issues immediately, or risk repeating the mistakes of the microelectronics industry.

If It’s Not Just, It’s Not Green
The nascent solar industry has a unique opportunity to incorporate the principles of social and environmental justice into its supply, production, and recycling operations around the world by proactively creating and implementing systems to (a) monitor chemical use and exposure at its sites, (b) care for worker health and safety, and (c) enforce labor and environmental laws.

With this belief in hand, the Silicon Valley Toxics Coalition (SVTC), which advocates for environmental and social justice in the high tech industry, has launched a campaign to get solar companies to make an early commitment to reducing toxic chemical exposures, developing programs to responsibly recycle their panels, and adopting a “green jobs” platform.

Sheila Davis is the executive director of the Silicon Valley Toxics Coalition. 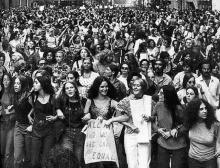