The Living Matter: Honoring Those in Our Midst 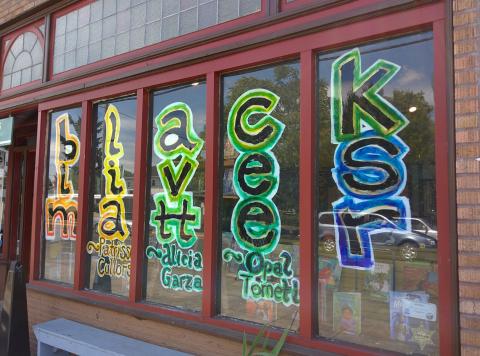 From the beginning, and throughout time, Black women have been formidable shakers and shapers in movements that have pushed for equality and justice for Black people and, by extension, for other people in the US and globally. Black Lives Matter (BLM) co-founders Alicia Garza, Patrisse Cullors and Opal Tometi are sisters who are following the well-worn path of their foremothers (See sidebar).

While BLM as hashtag and movement began after Trayvon Martin’s murderer was acquitted in 2013, Garza, Cullors, Tometi and others were already doing work to eradicate social injustice in this country. Expanded into a national movement by 2014, BLM has grown to over 30 local chapters—an inclusive, decentralized mass movement that does not appear to have a hierarchal structure. (For a fuller description of the origins and structure of BLM please see article on page 8.)

I commend Garza, Cullors and Tometi for starting this movement and applaud the community and the larger society for joining in these efforts. However, I am inviting us to expand and shift the focus of the BLM movement from those who have been martyred to those who are living.

In the 1980s many of us adopted a dangerous talk, saying that Black boys were endangered and would be lucky to live beyond 25 years. I was vehemently opposed to that fatalistic talk and to counter that negative portrayal of our boy children, I wrote a poem for my son Jawara and other Black boys entitled, “I Will Not Let Them Take You.” I know that words are very powerful, so I only speak into the universe what I want. I want all our boys to live long and productive lives. I insist that we continue to affirm and demonstrate to the world that our lives matter, to us as individuals, but also to our families and the whole community. The society needs each of us. 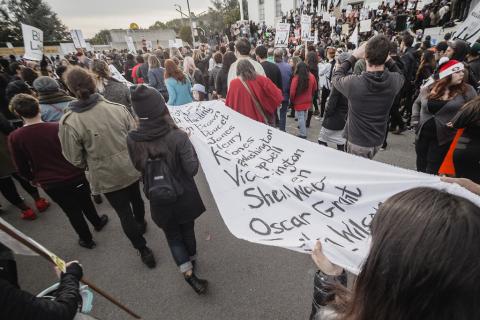 The killings of Black people began from our enslavement, continued with the lynching, burning and hosing down during the civil rights movement, and exist in the new form of slavery: privatized jails. In particular, police killings of Black men, is nothing new. The late poet June Jordan, one of the first writers I read, was documenting this issue from the 1980s. An amazing African American poet whose work I love, Henry Dumas, was gunned down in a New York subway on May 23, 1968, by New York City Transit Police. The circumstances surrounding Dumas’ murder were, at best, murky. Conveniently, official records of his killing were destroyed.

Every time one of us is struck down, the community, like the family of the one killed, is deprived. While it is imperative that we remain vigilant and work to make sure police officers and others know they cannot murder Black men and women without facing criminal charges, and that we will not stand by any longer and let this happen, we must speak and create another reality. We must celebrate the living.

Because I believe acutely that Black lives matter, I recently spoke to 10 Black men between the ages of 13 and 82 to ascertain what they know about the movement. I conducted these interviews so that we could hear first-hand from Black men of all ages why their lives matter and how they are assessing the present reality.

But first, I ask myself the same question I have posed others: Why does my life matter?

My life matters because I am a mother of three amazing young adults. I am a writer whose stories of mostly working-class Jamaican women need to be heard. I am a teacher who guides and nurtures future minds. I am a friend, a lover and a creative being.

I invite each of you to daily celebrate your life and the lives of all those you encounter. BLM is a humanitarian movement that says let’s come together and ensure that life matters.

Opal Palmer Adisa is a Jamaica-born writer of both poetry and prose, photographer, curator, professor, educator and cultural activist, Adisa has lectured and read her work throughout the United States, South Africa, Ghana, Nigeria, Germany, England and the Czech Republic, and has performed in Italy and Bosnia. An award-winning poet and prose writer, Adisa has writeen 14 books, including the novel, It Begins With Tears (1997).

How many of these women’s names and stories do you know?

Related Stories:
Racial and Gender Justice
Tweet
‹ A Call to Cultural Transformation up Why Does Your Life Matter? ›

END_OF_DOCUMENT_TOKEN_TO_BE_REPLACED
The Earth Is the Only One Telling the Truth