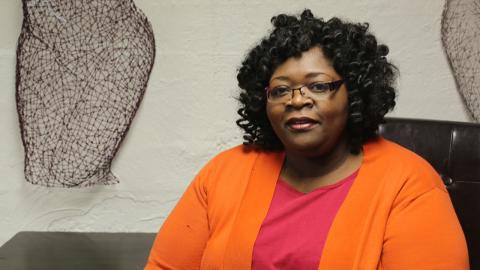 I refer to San Francisco as my city, my love or as my baby. My baby is in an awkward position right now. I feel like it’s in some awkward teenage stage where… you know, when you see an adolescent kid and they haven’t quite formed into anything yet. I question myself over and over again as to why I’m here in San Francisco. Why don’t I just throw in the towel and go somewhere else? Yet, I’m still curious to see what’s going to happen. What’s going to come out of it?

I’m concerned. At times, I’m really disappointed and at other times very distraught, which is funny to me because that’s probably how parents are when they’re looking at their teenage kid. If anything, I’m just hoping that San Francisco grows up. And, grows into something that I’d be proud of, into a place where I’d still be welcomed and loved.

I think for a lot of parents of minorities, they’re always hoping their kid remains and retains the core essence of who they are. So for a Black person, they would hope… I don’t know. I’ll speak for myself:

If I had a little kid I would hope that my kid would still enjoy, embrace, and love the fact that they’re Black and not feel like they have to conform to mainstream America and a Eurocentric way of life. I hope the same for San Francisco.

I hope that this doesn’t become some whitewashed, Silicon Valley secondary home, but rather that it maintains all of its flavor, zest and whimsy; free-spirited feel that it used to have. So even though it’s in this awkward stage, I keep waiting with bated breath hoping that essence won’t crumble away completely and I’ll still be able to see it come into fruition.

My love has not changed. It’s a love-hate relationship at times, but I just want the best for my beloved San Francisco and I hope to see it come into that fullness. Just as history goes full circle, I hope that San Francisco will too, and that it won’t take so long and it won’t have to go through falling on its face in order to come back around into the goodness that’s always been there.”

END_OF_DOCUMENT_TOKEN_TO_BE_REPLACED
The Earth Is the Only One Telling the Truth