What Does Home Mean to You? 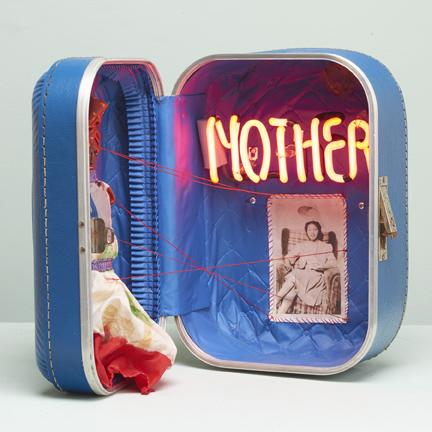 Family roots run deep in my neighborhood, but nonetheless, for a variety of reasons, many people are homeless.

I begin this art series, “Out Migration,” by conducting a series of interviews with homeless residents in my community: mothers, fathers, former teachers, some who have served in the armed forces. Listening to their life stories, I feel a strong connection to them as if they are old friends or family.

I ask, “What does home mean to you?” After the interviews, I begin a series of works, using materials such as photos, found objects, paint, and neon lights. The pieces are made from weathered and travel-worn luggage. Each suitcase contains an interpretation of one story. Upon opening each suitcase, the inside reveals a shrine.

Mother
Tina lives in a shelter or on the street. She has a lot of pride and doesn’t like to take handouts. She goes to the library early in the morning, loves to read and can finish an entire book in one day.

All of her life Tina wanted to be a mother. She was a good mother. She took care of her two daughters and a son. She had a pretty little house, a cute back yard with a garden.

Tina takes out her son’s picture from her suitcase. “Isn’t he a beautiful boy?” she says. She carries him with her everywhere she goes.

Her son was killed 10 years ago, shot 16 times. She got a call one night and someone told her he was killed. After that she could never answer the phone at night.

Tina says to me several times: “I know I will be with him again soon. I just keep praying and trust in God.” 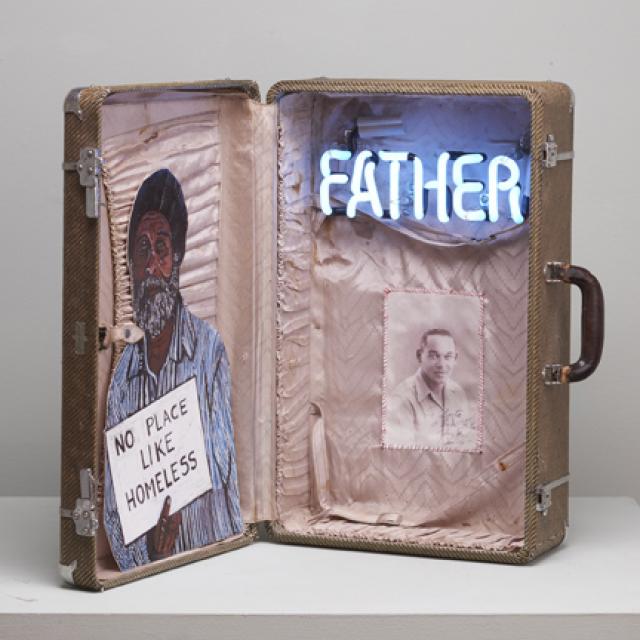 Father
John talks about feeling blessed to be alive and praising God. I hear stability in his voice, like a classic Dad. Originally from Illinois, he moved to the Bay area over 40 years ago. John has been on the street for more than five years. He is a father, grandfather and shoemaker. His wife died 24 years ago. He doesn’t know where his kids live. He says they are “a little crazy.” One day, they just stopped communicating with him.

John lost his home and business. Soon after that he had to live in his truck. He worked odd jobs here and there to keep things going. Once, when John went to work, he came back to the parking lot where he parked his truck; it was gone. It got towed away by the city. His whole life was inside that truck. He had several unpaid tickets. He did not earn enough money to get it back. After that he began staying in shelters. But living in a shelter can be rough—like going to prison. It became easier for him to live on the street. John would just find a quiet place to sleep under a tree. He got a tarp and rain jacket to keep warm. He prefers to be alone without any complications from other people. John told me that he doesn’t like thinking about the future. He is just thankful for what blessings he has. 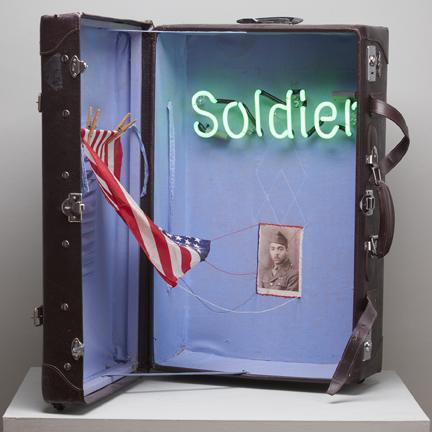 Soldier
Man is very charismatic, like a great stage performer. He can make his voice get soft or deep depending on his choice of words. He has style regardless of his current circumstances. He explains to me that his real name is Man. It was given to him at birth by his parents. His Father told him that they chose that name because they got tired of hearing White people referring to Black men as boys.

Man was born in Arkansas and then he moved to San Francisco in 1958. He went to high school in the city. After high school, he joined the service and served in Vietnam. He worked as a Military police and made the rank of sergeant.

Man told me in a deep voice that his life got harder after the war. He explained that he lost his wife and family once he came back to the USA. He felt like his life has been like a war and sometimes he doesn’t know if he would ever win.