“Don’t forget who you are. Don’t forget the people who brought you here. Learn about your ancestors, what they had to go through so that you can do the things that you do now. I always tell the stories of my grandmother because she was doing things to get away from the South long before the Civil Rights marches. Then when my husband and I were younger, we took part in the Civil Rights marches and marched in the streets. We have to let the younger generations know that what they have now, they haven’t done anything to get. It’s the people who came before that pushed us to where we are now. So what are you going to do for the future?"

“Art definitely heals. When I was younger, seeing art that was a reflection of me made me feel good. When art is removed from a community, you can tell its soul is lost. It’s not healing. It’s sad and hurtful. I guess it’s called art gentrification: creating something that just doesn’t fit. It doesn’t help the community. It just continues to perpetuate whatever issue was already there."

“You didn’t get here by yourself. Other people paved the way for you. You’re part of a continuum. Honor them and honor yourself. Most importantly, do not collude in your own oppression. We didn’t do all this work for you to fall into the trap. We did it for you to continue to prosper and to do well, And don’t forget that the more you know, the more you owe."

“Most people’s definition of ‘making it’ is a little different than mine. My definition of making it is being in communication with my people, respecting the ancestors, and being an overall positive person, specifically for Black men and Black people. I try to do things that won’t degrade our culture. But people see me on the street and they think, “Wow! He’s really good. Why is he on the street? He should be on Broadway.” I’ve never been interested in that. 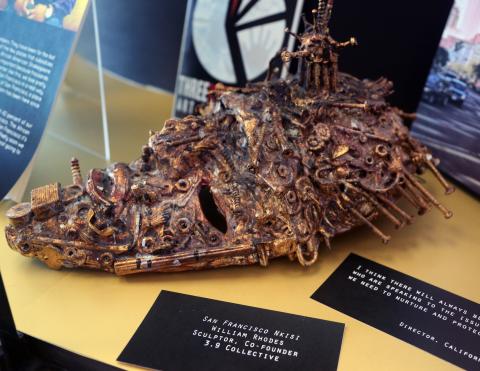