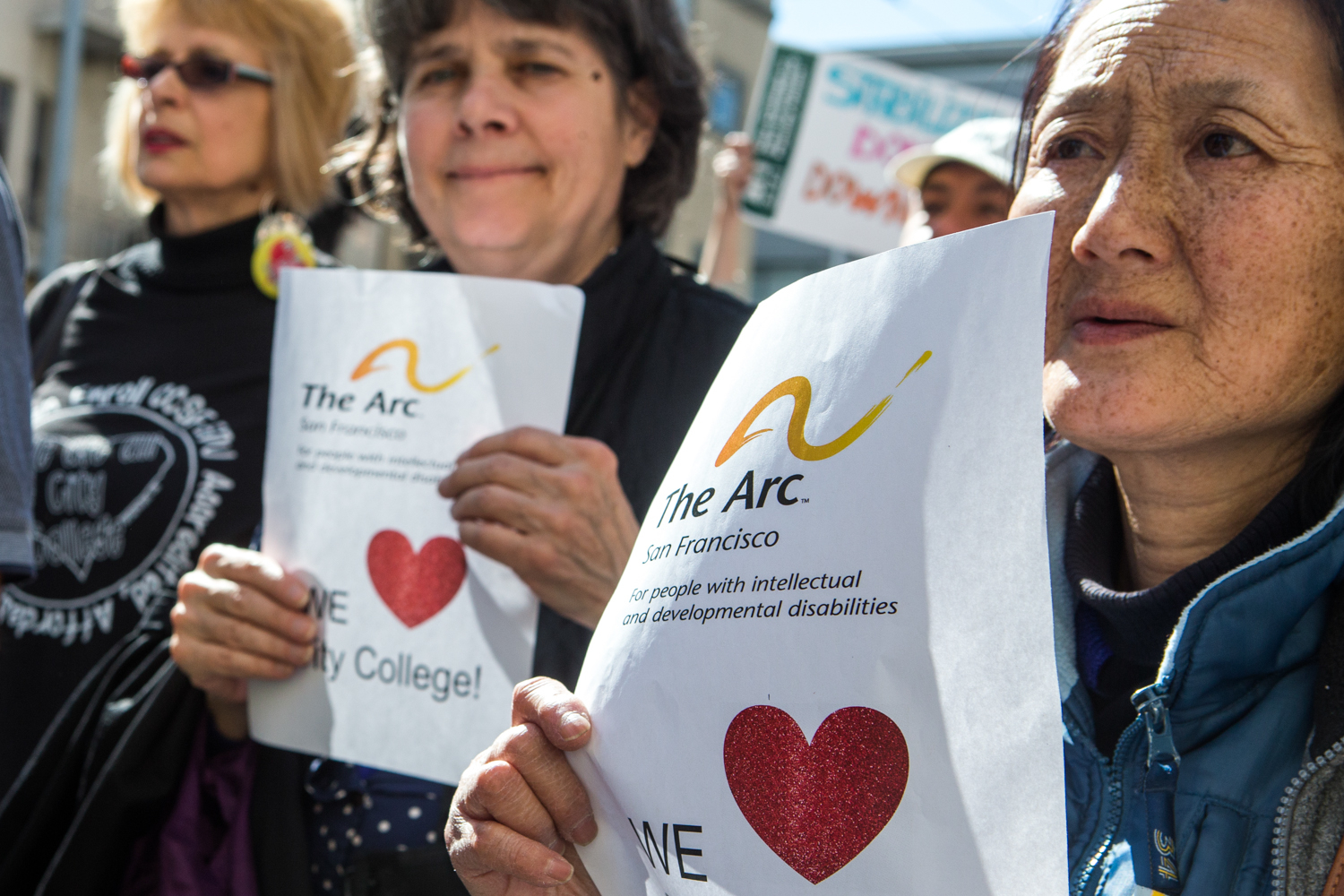 City College of San Francisco abruptly shut down its only campus in the Tenderloin neighborhood in January 2015 with less than a day’s notice. The Civic Center campus primarily served recently arrived immigrants and offered nationally recognized English as a Second Language classes. Citing seismic safety concerns with the aging building, the college administration acted as if students would simply accept the loss of their classes, even though no dates for a rebuild were offered. They were wrong about that.

Several respected community organizations (La Voz Latina, Community Housing Partnership, the Vietnamese Youth Development Center and Glide Memorial Church) and American Federation of Teachers (AFT) Local 2121 organized a rapid response to the closure. The coalition, which came to be known as the Central City Coalition for Public Education, followed a simple strategy: undermine the administration’s messaging that portrayed the closure as an unfortunate but necessary safety measure.

The coalition organized a march from the campus to City Hall on March 5 that attracted more than 450 people. It used a hearing called by Supervisor Jane Kim to expose the fact that the seismic issues had been known for years. Instead of making plans to relocate the lost classes, the administration chose to close the campus with no consultation with staff or students. The hearing also revealed that while brass informally discussed some reconstruction plans, no concrete steps were in place to return the classes to the community.

Over the next month, the coalition continued with a series of actions, accountability sessions and press work designed to provide the outside game while Supervisor Kim directly negotiated with the college. In early April the college announced that it would reopen the campus nearby in a building owned by the Academy of Art. In Fall 2015, the new site opened up with a six-year lease, pending the completion of seismic work on the old campus.

For Sergio Lopez, an organizer with La Voz Latina, the campaign was very personal. Living near the campus allowed him to study English and other subjects and work at the same time. “It is a place where I go to practice and develop one of my important skills, to be a bilingual speaker to support the community in translations and communications in different levels. The City College has been a support place for my second language and the future for my work and the other students that are out there in the community.”

Several factors led to this organizing victory. The foremost was that City College of San Francisco, still reeling from its accreditation crisis, needed to preserve political goodwill with members of the city’s Board of Supervisors. It was a rare moment in organizing when bad publicity, together with the mobilization of sympathetic politicians, actually amounted to real leverage.

Another key to the win was the labor-community alliance. The community groups provided students willing to speak out and reframe the issue through the lenses of immigrant justice and bridging the digital divide. The union mobilized teachers and staff and dedicated a community organizer to the effort. There were some complications along the way, as one partner was reluctant to be seen in alliance with a labor union. But the coalition as a whole stayed together, and is still pressing the college for a voice in programming and supporting the union’s current campaigns against downsizing and layoffs.

“City College has been so central to the experience of so many in our community,” says La Voz Latina organizer Kelly Guajardo. “Particularly when you’re looking at La Voz members who are largely low-income, immigrant families, City College presents an affordable and realistic opportunity to get ahead, to learn English, to get a degree. It’s worth fighting for.” ◼︎