Who Takes Ownership of the City?

Reprinted from RP&E Vol. 15, No.1: Who Takes Ownership of Our Cities? 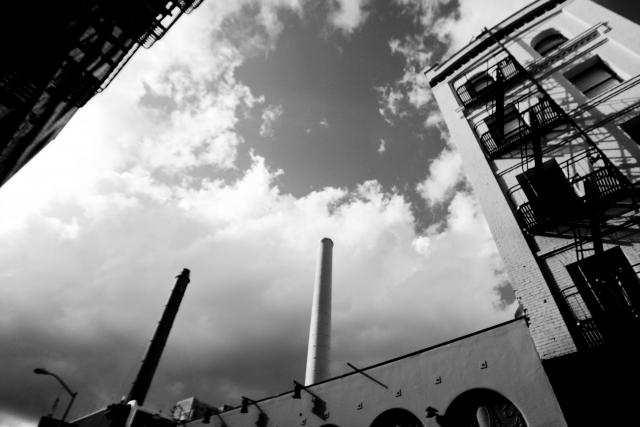 No matter how laudable personal and small-scale endeavors may be, planting trees, carrying canvas shopping bags, tending community gardens, and installing solar collectors will not collectively transform America’s cities into models of sustainability. The sheer scale and complexity of the task will require public will, public resources, public policy, and public action. While “all politics is local,” there are some commonly shared misconceptions that deter us from fully recognizing the public sector’s vital role in reshaping our cities.

The most pervasive is the mindset that takes for granted that local government primarily exists to provide specific services. Of course, the traditional municipal functions we now take for granted (such as police, fire, parks, libraries, sewers, roads, and land use regulation) were all originally forged out of social upheaval and political struggle. Those who pioneered these services were crusaders, not functionaries. Today, however, the institutions organized to deliver these services have ossified into underfunded and self-perpetuating bureaucracies. Propping up these inherited structures takes precedence over the bold innovation needed to meet today’s needs. If we were starting from scratch (as Sir Robert Peele did in passing the Metropolitan Police Act in Britain in 1829), would we safeguard peace and order primarily through an armed and insulated caste of uniformed officers? If we were looking to eliminate waste, would we construct elaborate sewage systems and provide weekly collection of garbage? That we have grafted elaborate adaptations onto our entrenched structures (from “community policing” to “recycling”) only underscores their anachronism. This investment in the past in turn reinforces the myth that the public sector is inherently inefficient and ineffective. There was a time when the burning passion of public service could put a man on the moon. Now we wonder whether it can fill potholes.

Another self-limiting mindset is our deep disdain for politics, which has become a shallow, petty, and self-interested game for insiders. The absence of real people in the debate and struggle over the concerns that affect their lives has robbed the public sector of both legitimacy and leverage. A professional political class has gradually supplanted the sphere of citizenship, relegating popular participation to mere voting in elections—and on rare occasions banding together for single-issue self-interest, such as protesting a highway extension, affordable housing project, or tax increase. Without robust and broad-based social and political associations, urban public life is privatized and segregated and governance becomes an arena for mercenaries. Passivity perpetuates the self-fulfilling prophecy that political activity is futile—leaving politics to private interest lobbying.

Learning from History: Grasping the Big Picture
Lamenting these ingrained delusions is not the same as changing them. How can they be overcome?
Despite the seemingly unprecedented depth and scope of our urban challenges in the 21st century, we fool ourselves if we think we have nothing to learn from history. Americans are particularly prone to pre-occupation with the present, concocting excuses for why it’s so much harder to make change now than it was in the past. In reality, as abolitionist Frederick Douglass wrote, “Power concedes nothing without a demand. It never has and never will.”

Our urban history overflows with insight and inspiration relevant to the dangers and opportunities of our own time. How about reviving the public discourse and public spirit that brought us public libraries at a time when education and access to knowledge was confined to the very wealthy? Why not rekindle the enlightened self-interest and open-mindedness that inaugurated public health protection when typhoid, cholera, and dysentery stalked our streets?

As we look past the waning days of the Bush Administration and confront the huge work ahead of us to create sustainable cities, we can’t help but also want to think small. It makes a difference whether we sustain a Head Start program in Albuquerque or improve public school scores in Philadelphia or reclaim a park in Richmond or install solar collectors on a public works facility in Ventura. But the answer to “who owns the city?” lies with who takes ownership of the whole city, not just our part of it. That is the lesson of the millions of citizen activists who have built community and make change by taking ownership beyond their homes, their neighborhoods, and their parochial concerns. It’s the public will behind the public resources, public policy, and public action needed to make great and sustainable cities.