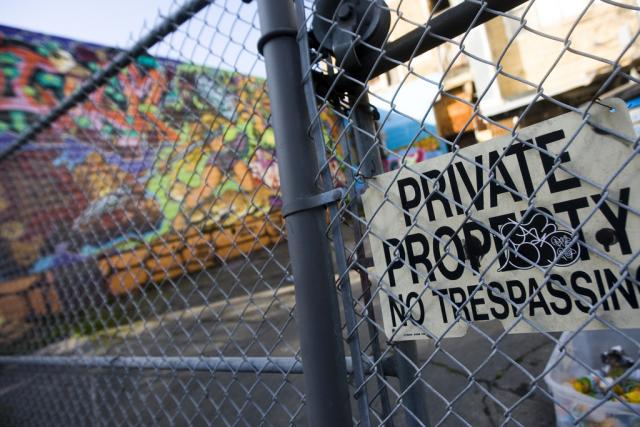 Few people realize the price inner cities have paid for our national love affair with the automobile. But the evidence of devastation is not hard to find. White flight to the metropolitan fringe, driven in part by racism, is linked to destruction of human resources in the metropolitan core, to waste of petroleum energy, pollution of air and water, and degradation of urban biological resources. But older urban neighborhoods can help lead the way to more sustainable cities and suburbs...

The increasing concentration of poverty in the nation’s largest metropolitan areas is linked to the practice of investment in suburban sprawl, and divestment from energy-efficient, inner city communities where people of color live.

Transportation and energy issues are of critical concern to low income neighborhoods and practitioners of community-based economic development, but advocacy systems for energy and transportation issues are almost non-existent. These systems should be developed. Community development corporations in low-income and minority communities are well positioned to provide a new and potentially powerful national leadership in advocating energy- and transportation-efficient patterns for urban neighborhoods.

Suburban Sprawl and Inner City Decline
White flight to the suburbs has left a host of fiscal and social problems in the inner city. The changes in older neighborhoods started in the 1950s, when an extensive highway system, cheap gasoline, and reliable, and relatively inexpensive automobiles made possible dispersion of the population. White flight shifted the development of housing and jobs out of the cities, into the suburbs.

Housing. By the early years of the decade, the rate of national suburban growth was ten times that of the central cities. Characteristically, suburbs were designed and built as completely detached single family dwellings. Zoning and deed restrictions were used to enforce economic and racial homogeneity.

Industry. Between 1947 and 1972 the central cities of the 33 largest metropolitan areas (based on 1970 census figures) lost 880,000 jobs in manufacturing, at the same time that their suburbs gained 2.5 million manufacturing jobs. These same cities lost an additional 867,000 jobs in retail and wholesale trade, while millions of such jobs were added to the economies of their suburban areas.

Fiscal Impact. White flight also created fiscal problems. From 1970 to 1980, the largest 50 cities lost five percent of their populations, while populations in poverty increased by 20 percent. The result was declining tax bases for cities at precisely the moment when demands for services were increasing the need for more revenues. Out migration of families increased difficulties of sustaining basic urban institutions—churches, banks, stores, recreation facilities—in the face of growing joblessness. At the same time, the demise of these institutions cut off the traditional modes of social mobility and subjective perceptions of opportunity, resulting in a circular process of downwardly adjusted hopes and expectations, and increased isolation of poorer urban populations. Yet, spatial segregation in the metropolitan region cut off suburban populations from any feeling of responsibility for the less advantaged left behind in the cities.

However, past efforts at inner city revitalization have often brought in their wake gentrification and displacement. Economic development does not begin with goods. It begins with people, their education, organization and discipline. The same might be said for energy conservation. To avoid the problems of gentrification we must come to terms with the historical trend and to address the institutional needs of disadvantaged urban communities.

Transportation, Energy, and the Inner City
Transportation and energy consumption patterns of the urban poor are different from those typical of affluent suburban residents. Policies based upon the habits and resources of well-to-do suburbanites do not meet the needs of inner city residents, or address the opportunities for energy conservation in the inner city. In general, city dwellers consume less land, less energy, less water, and produce less pollution than their counterparts living at lower densities in the suburbs. Housing densities in suburbs range from four to six units per acre, while urban housing ranges from 20 units (rowhouses) to 80 units (midrise construction) per acre. Less land is therefore needed for each person. Compact buildings have more shared walls and less exterior surface, and therefore, smaller heating demands. The urban poor more often live in attached dwelling units, row houses, and multifamily housing than do middle- and upper-income whites. Their homes are more often rented. Studies show that although multifamily housing is more energy- efficient as a building type, poor and renting households consistently live in less weatherized units and spend a higher portion of their household income on home energy than the affluent. Cities require less travel distances and automobile use. High density and mixed use makes mass transit viable. Yet we continue to invest in suburban development and inner city abandonment with its concommitant waste of human and natural resources.

Black households tend to own fewer vehicles, use them more intensively, purchase fuel more frequently, and maintain smaller fuel inventories than do white households. They travel less than half the vehicle miles in private automobiles than the national average and use public transportation more frequently than do the affluent. They are thus less likely than suburban whites to benefit from policies which emphasize increased automobile efficiency. Market-based solutions to energy conservation are often unfair to poor people. Policy makers often suggest market-based solutions as a way to encourage energy conservation. Such policies are often unfair to poor people. They ignore the extent to which upper-income groups have benefited by government subsidies, such as the federal tax codes which encourage businesses to abandon old structures before their useful life is at an end. They ignore the influence of federal highway construction or the impact of reimbursement formulas for waterline and sewer construction on the decline of inner cities.

Low-income households pay a disproportionate amount for their energy, up to a third of their total budgets for basic energy services, and pay more for the same services than the average customer because they cannot afford energy investments. Though innter city residents are already suffering the most from the current wasteful energy system, they often bear the burden of policies that on the one hand attempt to account for environmental externalities by increasing the price of energy, but on the other ignore the economic externalities. Out of all population groups, poor families turned out to be the most responsive to price increases, and in some cases this led to more than minor inconveniences. “For some low income families, economizing on home heating meant living with temperatures well below comfort or health levels.”

Policies which would increase the cost of gasoline would hurt the elderly living on fixed income in neighborhoods without adequate public transportation, who have no way of shopping or getting to the hospital other than using their cars. On the other hand, policies which encourage and strengthen the convenience of public transportation and affordable, sustainable neighborhoods could reduce the number of abandoned buildings and the amount of vacant land located close to the existing urban energy infrastructure. Such policies would result in benefits to the urban poor. Increasing the number of people living in underutilized census tracts would strengthen the economic viability of neighborhood services, reducing the need for travel. Such policies would benefit fiscally strapped school boards and public agencies who need to install more energy-efficient furnaces and insulation in old schools and energy wasting public buildings.

A National Energy Policy for Inner City Communities
The Persian Gulf crisis has once again focused public attention on the need for a national energy policy. Inner city community-based organizations should develop strategies of active support of new legislation and policies as solutions to urban energy problems. A new national energy policy is an opportunity to reverse the pattern of urban abandonment.

Advocates of a new national policy, however, should pay closer attention to the intersections between land- use patterns, energy consumption, and social justice. While efforts to increase fuel efficiency of automobiles are important, it is equally important to reduce the need for automobile transportation through intelligent urban design and rehabilitation of older neighborhoods, especially poor neighborhoods. We should redesign and rebuild such neighborhoods for access by proximity—bringing energy-efficient housing, amenities, and services into each community, rather than relying exclusively on vehicles.

One strategy would be developing guidelines to change bank lending practices, to provide additional credit to homeowners in efficient houses in neighborhoods with access to public transportation. An opportunity exists to bring the voice of communities of color and other inner city residents into the process of developing national energy and transportation policies. Community development corporations (CDCs) in low- income and minority communities are well positioned to provide a new and potentially powerful national leadership in advocating energy- and transportation- efficient patterns for urban neighborhoods. Neighborhood-based community development corporations were established in the 1960s to address issues of economic disenfranchisement of the nation’s poorest communities. The location of CDCs in poor, inner city neighborhoods, their ability to undertake educational programs, their knowledge of community needs, and their position in the core of metropolitan regions suggests an important role they may play in providing leadership to the metropolitan region in helping to make the transition away from wasteful, polluting practices to sustainable patterns of land use. CDCs are nonprofit corporations with neighborhood representatives sitting on their boards. Such corporations—many located in inner city neighborhoods—are able to acquire property, build housing, undertake economic development, and provide education and job training.

From 1970 through 1990, CDCs built more low- income housing than the federal government. During the 1980s, despite hostility from Washington, these groups thrived, and new ones were established. Today, there are 1500 to 2000 such organizations around the country, showing surprising vitality and strength. In the light of the need for urban energy transformation, new functions of CDCs could be: energy education and infomation; urban agriculture, canning, and other local food processing enterprises; businesses related to weatherization, heating, air conditioning; retraining; encouragement of energy-efficient new housing construction, including advocacy of compact urban land use, energy- efficient location decisions; diversifying recreational opportunities; using school buses rather than cars; and developing car and van pool systems.

In 1991 Carl Anthony was the director of the Urban Habitat Program at Earth Island Institute.

Related Stories:
Energy
Urban Justice
Tweet
‹ Local Dimensions of Imperial Economic and Development Policy up What We Are Doing is Illegal ›