By Lois Weiner
No Child Left Behind (NCLB) was passed with bipartisan support during the Bush presidency and despite many attempts to repeal it, it’s still the law of the land. Its rhetorical promise, like the Obama administration’s “Race to the Top” program, is that the federal government will hold public schools accountable for their failure to educate poor and working class Hispanic and African American students.But the purported aim of increasing educational opportunity masks the real intent of these so-called education reformers to create a privatized system of public education that has a narrow, vocational curriculum enforced through standardized tests.

The “reform” rhetoric is enormously seductive to parents and low-income communities whose children attend poorly funded, poorly functioning schools. In predominantly Hispanic and African American neighborhoods, schools are often incapable of providing children with more than the rudiments of literacy because they cannot afford to recruit and retain sufficient numbers of teachers. Schools that serve large concentrations of recent immigrants are usually so underfunded and overwhelmed by the number of students that they are compelled to use bathrooms and closets as classrooms.

Education “reforms” like NCLB and Race to the Top, however, presume that if children do not succeed at school, the responsibility rests solely with the school. Such an approach destroys the structure and organization of a publicly-funded and presumably publicly-controlled system of education begun more than a century ago. In fact, NCLB closely resembles the blueprint developed in ultra right-wing think tanks for replacing locally controlled, state-funded school systems with a collection of privatized services governed by the market. What NCLB chiefly adds to the original “free market” framework is standardized curricula and testing and the Christian Right’s “faith-based” interventions.

Applying the Skewed Logic of Free Markets to Schools
The free market underpinning to education pretends that schools can compensate for the array of savage economic and social problems created or abetted by government policies. Under such flawed reasoning, public funding for low-cost housing is reduced or eliminated because the “market” is best at regulating housing costs and availability. However, when markets fail, resulting in soaring rates of homelessness, schools are told that it is not an acceptable excuse for a child’s poor performance. If there is sufficient political furor over the schools’ inability to cope with this crisis, the government creates a discrete token allocation for educational services for the homeless. But the allocation often is too small relative to the enormity of the problem to be meaningful. Just tracking the whereabouts of children who move from one shelter to another, let alone providing them with appropriate services, is beyond the capacity of most urban school systems, which would have to interact with numerous bureaucratic, under-resourced and dysfunctional agencies in the process.
A program to advance educational opportunity has to be undertaken as part of a larger project to end inequality, including de facto school segregation. To argue that schools have a limited capacity to ameliorate economic and social inequality is not to diminish the moral or political importance of the struggle to improve education. Any progressive movement deserving of the name will demand that public schools provide all students with an education that will allow them to be well-rounded, productive citizens, capable of competing for well-paying jobs. Improving schools for the poor and working class can make a difference in the lives of some children and for that reason alone, progressive school reform deserves our attention. Improving schools for all children is of critical political significance because it demands that American democracy make good on its pledge of equality. However, we also need to be cognizant of the limitations of school reform as a policy vehicle for making society more equitable. As the authors1 of Choosing Equality: The Case for Democratic Schooling note, education can challenge the tyranny of the labor market—but cannot eliminate it. As neoliberal policies tighten their grip on governments and capitalism’s assault on the living conditions of working people intensifies, schooling becomes an ever weakening lever for improving the economic well-being of individuals even as it remains a critical arena for political struggle. 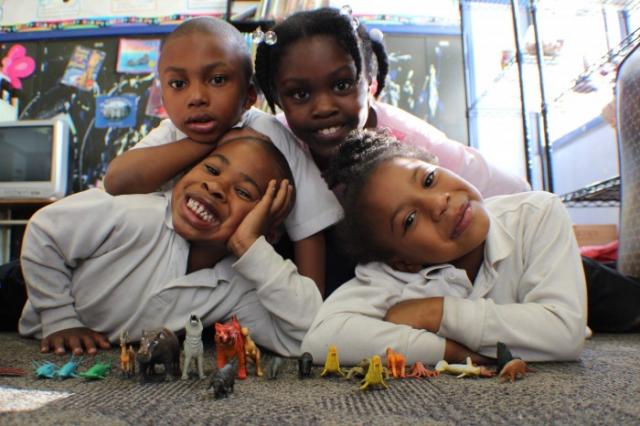 Any agenda for progressive social change, which includes improving education, must address what historian David Hogan calls “the silent compulsion of economic relations,” i.e. the nexus of racial segregation in schools and housing and the funding of schools with local property taxes. Segregation in housing has become the pretext for abandoning the challenge of racially integrating schools, which in turn has seriously weakened the forces that can challenge funding inequities. Some African American activists and researchers advocate dropping the demand for integrating schools, arguing that African American children would be better served in segregated schools staffed by African American teachers. Although the despair that underlies such thinking is understandable,2 the reality is that racially segregated schools and school systems are more isolated politically and, thus, more vulnerable in funding battles with state legislatures. The urgency for making schools better is undeniable, but so is the necessity for mounting a political and legal challenge to de facto school segregation and the use of local property taxes to fund schools.

NCLB and Capital’s Global Agenda for Education
The endurance of NCLB is a dismal indication of the level of disorientation about education’s role in a democracy and the contradiction of privatizing this essential civic function.
Underlying the bipartisan endorsement of  “school reform” is a shared ideological support for a neoliberal global capitalist economy and neoliberal view of education. In both industrialized and developing nations, neoliberal reforms are promoted as rationalizing and equalizing delivery of social services. Even the World Bank demands curricular and structural changes in education when it provides loans as outlined in its draft “World Development Report 2004: Making Services Work for Poor People,” which describes education’s purpose solely in terms of preparing workers for jobs in a global economy where capitalism can move jobs wherever it wishes—that is, to countries where profits trump working conditions and salaries. The draft was later modified in negotiations with governments and non-governmental organizations, but the original is a declaration of war, especially on public education and independent teachers unions.

Public education remains the largest piece of public expenditure, highly unionized and not yet privatized. The draft report identifies unions, especially teachers unions, as one of the greatest threats to global prosperity, arguing that they have “captured governments,” holding poor people hostage to demands for more pay and suggests that teachers should be fired wholesale when they strike or resist demands for reduced pay. The report also calls for privatizing services, greatly reducing public funding, devolving control of schools to neighborhoods, and increasing user fees. The World Bank has implemented many elements of the draft report by making loans and aid contingent upon “restructuring,” which is to say, destroying public funding and control of educational systems. The results, writes University of Buenos Aires Professor Adriana Puiggros, have been devastating to literacy rates and the Bank’s promise of equality.[3]

A key element of the program is limiting access to higher education through the imposition of higher tuition and reduced government support to institutions and individual students. Meanwhile, lower education is charged only with preparing students for jobs requiring basic skills, which the multinationals aim to move from one country to another. Schools that train workers for jobs requiring limited literacy is all we can realistically expect for poor people in poor countries, says the report, and they do not require well-educated or skilled teachers. Teachers with significant education are a liability because they are costly to employ and the largest expense of any school system, the report argues, whereas minimally educated workers require only teachers who are themselves minimally educated.

Most of NCLB’s elements for reorganizing education in the U.S. are straight out of the World Bank draft report: Charter schools and vouchers to be used in private schools fragment oversight and control; testing requirements and increasingly punitive measures for low scores pressure schools to limit what is taught so that the tests become the curriculum; privatization of school services, such as tutoring and professional development for teachers tied to raising test scores, undercuts union influence and membership.

Teachers Unions Fight Neoliberal Downscaling
The Bush administration was quite open about the explicit linkage between a deskilled teaching force and a narrow curriculum as evidenced by the statements of Grover Whitehurst, an undersecretary in the Department of Education agency responsible for education research. Public investment in research about teacher education is unnecessary, he maintained, because the government is required to provide only a basic education that will prepare students for entry-level jobs; therefore, government funds are better spent creating materials for teaching basic skills that teachers with little or no expertise can use. This is precisely the strategy promoted in the draft report, which lauds programs that briefly train 15 year old peasant girls, who then teach literacy skills in rural areas.

One way to limit access is to charge fees to attend school at all levels. We see the former strategy in underdeveloped countries, where families must often pay for schooling that was once available for free. In fact, a World Bank condition for loans explicitly prohibited free education until a movement by liberals in the U.S. Congress, informed and inspired by global justice activists, challenged it.

Access to learning is also limited by curriculum. Larry Kuehn, research director of the British Columbia Teachers Federation, has traced this trend to the Reagan administration, circa 1987, when the U.S. began promoting the development of “education indicators” to guide curricula and testing at the Organization for Economic Cooperation and Development (OECD). The OECD consists of the 29 most industrialized countries and some rapidly industrializing ones, such as Korea and Mexico. In the early discussions, the OECD planned the development of uniform curricula with “culture-free” materials appropriate for the new “information economy.” Kuehn’s work illuminates not only the anti-intellectual and anti-humanistic assumptions of these curricula, but also how existing expectations about what students should learn had to be “downscaled.”

Teachers in the Global North have avoided the full force of neoliberalism’s assault on education for decades. It is only in the past few years that they have started to realize that their profession and the ideals that brought them into classrooms may be destroyed. Many are frightened, but they are also angry. Growing numbers realize that teachers and their unions have to reach out to communities and parents, forming mutually respectful alliances. And now discussions about the global context now seem relevant.[4]

The universal experience of privatization, increasing tuition, enormous student debt, and ever less support for public education has awakened the unions. Yet, missing still in the work of teacher unions, their leaders and ranks, is an understanding that to defend public education in this country, teachers and their unions must help develop an international response to neoliberalism—one that puts justice and equity at the forefront of the union’s program for education and develops alliances across national borders.

Lois Weiner, Ed.D. is a professor of elementary and secondary education at New Jersey City University. She is the author of Social Justice and Teachers Unions: Reversing the Assault on our Schools (Haymarket Press), forthcoming October 2012. This article is adapted from one previously published by New Politics (newpol.org/node/285).For more information on resistance of teachers to neoliberal reforms, go to teachersolidarity.com.