Redevelopment: After the Fall 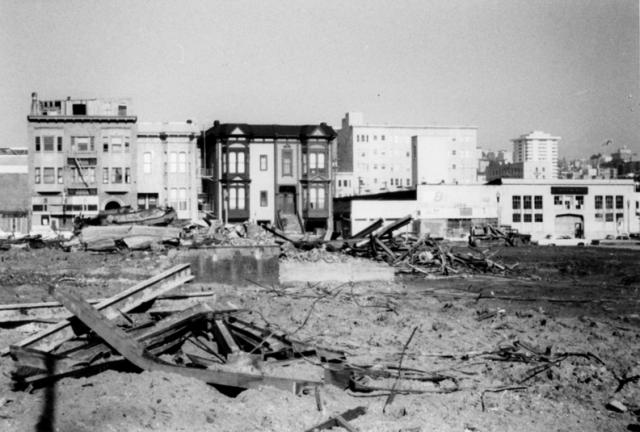 The closure of California’s 452 Redevelopment Agencies (RDAs) could rock land-use planning and policy as dramatically as 1978’s Proposition 13. For six decades, redevelopment gave California cities one of their most powerful—and controversial—tools for spurring real estate investment. Now they stand to lose $1.6 billion per year in local RDA property tax levies and will need to change their approach to housing, land-use planning and development financing. The millions of Californians who rely on affordable housing and the groups that build and support it will feel even stronger aftershocks from the fall of redevelopment.

The abrupt shutdown of the RDAs left plans for hundreds of affordable housing units in limbo and billions of dollars worth of debt from RDA-issued bonds unpaid. The state law dissolving the RDAs (AB X1 26), set up complicated mechanisms for winding down their business, paying their debts and maintaining their housing assets. Advocates face the challenge of untangling the processes and monitoring the disposition of RDA assets while quickly formulating (and organizing around) legislative and policy solutions.

“It’s complex and badly planned,” Housing California Executive Director Shamus Roller says of the dissolution process. “From an advocate’s standpoint, our first challenge is to resolve the confusion.”

Low-income Californians Put at Risk
The California Community Redevelopment Act of 1945 (later called the Community Redevelopment Law) aimed to catalyze private investment by allowing a city or a county to designate “blighted” areas and establish an RDA, which could raise capital for infrastructure improvements by issuing bonds against future tax revenues. The RDA got to keep the difference between the original property tax revenue and the revenue from the improved property (the “property tax increment”). These funds were used to pay off the bonds and capitalize the RDA operations overall.

Amendments to the law in 1976 and 1993 required RDAs to set aside 20 percent of their funding to create and preserve affordable housing, and required cities to ensure that 15 percent of all housing in a redevelopment area be affordable to low- and moderate-income residents. This allocation supported the preservation and development of nearly 100,000 units[1] of housing for low- and moderate-income families statewide between 1993 and 2011, and supported local first-time-homebuyer programs and rehab loans in many cities.

The fall of redevelopment has left community-based organizations and housing advocates concerned about how to finance affordable housing.  Unless they can be particularly creative in identifying new funding sources and changing political will, the RDAs’ demise may well result in displacement, instability, and even homelessness for thousands of Californians.

“Redevelopment has been key in funding supportive housing projects for some of the most vulnerable groups,” Roller says. “Over the last 10 years, the supportive housing movement has learned a lot about how to help people who’ve been homeless and have disabilities. Losing redevelopment will be a particular blow to that movement,” he says.

The affordable housing provisions in the redevelopment law also provided an important advocacy tool for residents to ensure that redevelopment did not just mean gentrification.

“It’s not only the lack of funds that will hurt,” says Evelyn Stivers, field director for the Non-Profit Housing Association of Northern California. “The law also came with strings attached that made the people we work with part of the conversation,” Stivers says. “We’re losing that requirement for inclusion.” 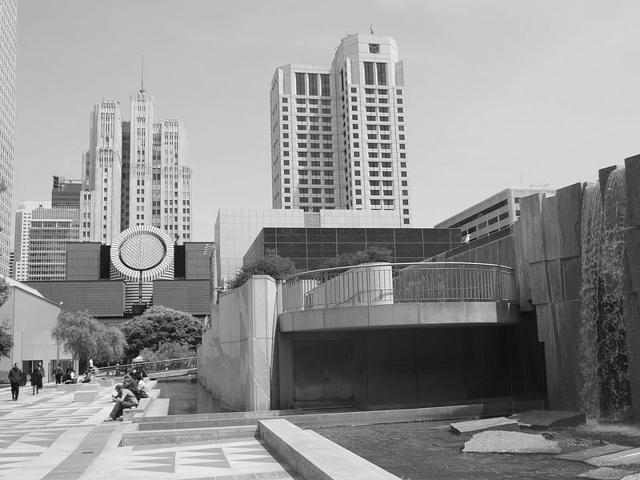 Cities Face Major Shifts
Redevelopment agencies could float bonds without voter approval but only if they were spent on economic development or affordable housing. The RDAs received the increased taxes generated by rising property values —a pool of money that was generally separate from cities’ general funds and protected from the choppy seas of public budgets.

The loss of RDAs deprived some cities of operating funds—Oakland, San Jose and Los Angeles among them. (See “Affordable Housing Wobbles as Redevelopment Agencies Close,” page TK). Cities may also find it harder to attract commercial investment without access to redevelopment funds. Redevelopment supporters argued that it was the best and perhaps the only way to spur business development and improve infrastructure in areas considered “blighted.”

Losing dedicated funds for affordable housing will make it harder for many cities to meet their obligations under the Regional Housing Needs Assessments (RHNA) set up by state housing element law. RHNAs spell out the number of housing units each city must build at each income level in order to take on its fair share of regional growth.

In the absence of flexible redevelopment funds, cities will also find it significantly more difficult to pay for the type of dense infill development needed to help them reduce vehicle miles traveled under SB 375, part of the state’s climate change law.

Ironically, a tool with a history of inequitable displacement had become one of the only ways left in California’s broken budget system to fund and build affordable housing near transit and opportunity.

Why Redevelopment Made an Easy Target
While nonprofit housing developers and advocates fight to retain approximately $1 billion in funds held by RDAs which could be used for affordable housing, they are facing the reality of having depended on a problem-plagued program.

Redevelopment’s negative history made it an easy target for the budget-cutters. Over the years, cities stretched the definition of “blight,” RDA funds subsidized for-profit developers, and redevelopment sped gentrification and caused displacement in historic low-income communities and communities of color.

A 2011 audit by the State Controller’s Office found that some cities took a broad definition of blight. “Coronado’s redevelopment area covers every privately owned parcel in the city, including multimillion dollar beachfront homes,” Controller John Chiang reported. “In Palm Desert, redevelopment dollars are being used to renovate greens and bunkers at a 4.5 star golf resort.”[2]

Large swaths of many cities—including 40 percent of Oakland’s land area—were declared “blighted” and in some cases completely transformed, sometimes at the expense of residents and sometimes to their benefit.

Yerba Buena Gardens in San Francisco shows both the potential and the inequity of redevelopment. Its gardens and museums create a vibrant public space and tourist draw—but leave no hint of the more than 3,000 residents of SRO hotels displaced by its construction, many of them retired sailors, longshoremen and other working people who had no other safe housing options in the city.[3]

Redevelopment’s more aggressive tools of creating mega-block projects like Yerba Buena and using eminent domain to capture and raze private homes have become less prominent over the years as communities pushed back.  Project Area Committees—suspended since the RDAs’ elimination—offered public forums where residents of the redevelopment areas could respond to RDA projects.

But redevelopment’s complex community legacy got lost in the public and political debate about whether it should survive. Stories of fraud and abuse drowned out the voices of thousands of poor and working poor residents who found a quality, affordable home financed by redevelopment’s “low-mod” funds.

California Gov. Jerry Brown played on the discontent when he proposed closing down the RDAs and transferring the property tax increment funds back to the counties. He touted the move as a strategy for closing the state’s 2011-12 budget gap, because giving schools an increased share of property taxes could reduce some of the state’s General Fund education expenses.

Breaking Up
The State Supreme Court decision on Dec. 29, 2011 that upheld the elimination of redevelopment left jurisdictions wading through an alphabet soup of processes to wind down the RDAs’ operations.

Each city or county that created an RDA has to designate a “successor agency,” which is usually the city or county government itself, and an oversight board composed of representatives from city government and other affected taxing entities, such as K-12 schools, transit agencies and community colleges.
The successor agency is charged with preparing an “enforceable obligations payment schedule” (EOPS) that lists all the RDA’s contractual obligations, such as outstanding loans, housing projects in the pipeline, and even the 15 percent inclusionary housing requirement. The oversight board decides which of the EOPS will become “recognized” and thus paid off.

The former RDAs’ property tax increment goes into a trust fund administered by the County Auditor. The recognized obligations get paid out of this fund, which is supposed to hold enough assets to pay off all the obligations over time. Funds left over after these distributions go back to local governments.
A separate housing successor entity will control the housing and land that belonged to the RDA. Its functions will include enforcing HUD agreements and acquiring and disposing of land assets.

Affordable housing advocates and community members have a great stake in identifying and monitoring the successor agencies and oversight boards. These are public bodies, if rather obscure ones. The oversight boards have to follow state laws governing public meetings and records, so community members have a chance to ensure that the boards are distributing redevelopment’s assets fairly and transparently, with an eye to the hundreds of as-yet-unbuilt affordable housing units that hang in the balance.

Moving On
California legislators have written several bills designed to retain existing funds and/or secure new monies for affordable housing and community development. Advocates are organizing with their allies inside the Capitol to move these bills as fast as possible, but they will face an uphill battle as the legislature struggles to fill other budget gaps and Republicans continue their opposition to new revenue measures. In late May, SB 1220, sponsored by Sen. Mark DeSaulnier (D-Concord), fell short of a two-thirds majority by only two votes. The bill would have created a permanent source of funding for affordable homes by setting a $75 fee on the recording of real  estate documents, excluding point-of-sale transactions.[4]

Advocates are also studying other types of districts that might generate money for redevelopment—infrastructure financing districts, business improvement districts, and districts for transit-oriented development.

“It will be hard to get this type of ‘redevelopment 2.0’ off the ground,” says Stivers. “Most districts take a vote of the people to initiate, and projects like brownfield remediation and sewer pipe replacement just aren’t too sexy.”

Roller of Housing California concurs, and urges caution. “Lots of things about redevelopment were problematic,” he says. “We ought to pay attention before we dive back in.”