Homeless Push Back-- Take Over Vacant Building in San Francisco 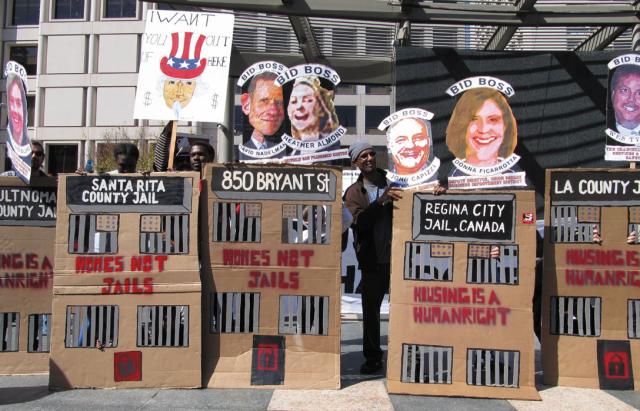 By Lydia Gans and Terry Messman

The numbers are alarming. In recent years, the federal government has cut 400,000 vouchers from Section 8—the program that provides housing subsidies for low income people—even as 300,000 units of public housing have been turned into for-profit developments, rendering them unavailable to low-income people. Meanwhile, 2.5 million foreclosures have worsened the housing crisis for the poor.

These big numbers are more than real estate figures; they are real people—families with children, people in ill health, the elderly. But rather than trying to help them, cities are issuing “sit/lie bans” and “public commons for everyone” laws, which make it illegal to “loiter” in a public space. Criminalizing these simple acts and making them subject to police harassment and arrest is an egregious violation of the civil liberties supposedly guaranteed by our democracy. Yet it happens to homeless people all the time.

In a survey of 716 homeless people in 13 different communities, the Western Regional Advocacy Project (WRAP) found that 78 percent reported being harassed, cited or arrested for sleeping; 75 percent for sitting or lying on the sidewalk; and 76 percent for loitering or hanging out. Only 25 percent said they knew of a safe place to sleep at night.

This nationwide pattern has escaped civil rights protections because the ordinances are drafted very carefully to appear as if they apply equally to all people, but enforcement is very much impacted by a person’s skin color, housing status, economic class, and mental health. These laws were skillfully developed to withstand judicial scrutiny while criminalizing poor and homeless people. Or as French novelist Anatole France observed, “The law in its majestic equality, forbids the rich as well as the poor to sleep under bridges, to beg in the streets and to steal bread.”

BID Credo: Non-Consumers Not Welcome
Paul Boden, director of WRAP, attributes the motivation behind these draconian laws to the rise of the Business Improvement Districts (BIDs) all over the country. Business owners are seeking “to create safe and friendly shopping environments by making sure there’s nobody there who is not shopping,” says Boden. 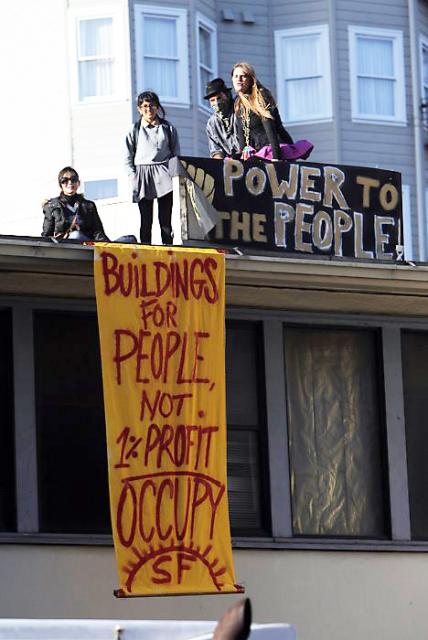 Members of BIDs tax themselves and use the revenue to hire private security people—called “ambassadors”—who wear special uniforms and look helpful and friendly. In reality, their function is to police the BIDs, which are “privatizing large segments of our community and  removing the people that they feel are not business-friendly and tourist-friendly,” observes Boden, adding that “it’s absolutely frightening [how the] business community is running major sections of our cities.”

Janny Castillo, community builder at BOSS (Building Opportunities for Self-Sufficiency), says: “We are constantly engaged in the struggle to have the plight of those that are living on the streets, the homeless people, recognized. The challenges that they go through, the way the police and the city comes up with these laws that actually are designed to move them off the street, it’s illegal basically, even if there’s a law for it. It’s just inhumane.”
It’s even worse than denying people their civil rights, she says. “It’s all about the right to exist. It takes away the little bit they have left, which is their dignity, their respect.”

April Fool’s at the Union Square BID
To build awareness of the plight of the homeless amongst us and generate sympathy, WRAP and a number of other activist organizations called for a Day of Action on April 1, in cities across the United States and Canada. It was to be a day of nonviolent resistance to the efforts of business owners to create a private security force to harass and persecute the poor and homeless and enable corporations to gain control over our communities.
According to a press release from WRAP, the date was chosen because poor people were going to play “an April Fool’s prank” at Union Square in San Francisco, where several of the largest and richest corporate-controlled businesses have created a BID, hiring private security forces to drive away the “visibly poor.” WRAP was joined by Occupy SF, St. Mary’s Center, Food Not Bombs, and other groups that afternoon to convey their message in a number of creative ways, including dance and music by groups, such as Dancing Ambassadors and Brass Liberation Orchestra. A satirical skit featuring “BID ambassadors” in uniforms rounding up and arresting people who looked homeless and their subsequent triumphant jailbreak was received with great cheering from the crowd.

Hopefully, this bit of street theater will encourage more vigilance over the kinds of laws our cities try to pass and help to bring about more compassion for the people without homes who are being made criminals simply for sitting down, sleeping, or asking for help, says Boden. Above all, he adds, the homeless are targeted as being bad for business, which in modern America is an unforgivable offence.

Archdiocese Evicts Homeless from Vacant Building
At 5 P.M. on April 1, several hundred housing activists were joined by a busload of people from Occupy Oakland on a mile-long march to take over a vacant building at 888 Turk Street and set up a homeless community. The two-story building owned by the Archdiocese of San Francisco has been unoccupied for a long time. About 100 housing activists entered the building to occupy and reclaim it as a service and housing center for unhoused people. A banner unfurled from the top of the building and clearly directed at church officials read: “Give us this day our daily bread, and forgive us our trespasses.”
“There is no reason why any building should be vacant when people have no housing,” said Emma Gerould, a member of Occupy SF, adding that the archdiocese should be more sensitive to the extent of poverty in the community and allow the building to be used.

George Wesolek, speaking for the archdiocese, admitted that the building—which was used to hold music classes—has been vacant for 18 months. But archdiocesan officials signed a citizen’s arrest order on charges of trespassing and graffiti. Shortly after noon on Monday, April 2, police in riot gear ripped down the barricades set up by the demonstrators, entered the building, and arrested over 75 people. The archdiocese has since boarded up the building again and announced plans to bring in private security forces.

Lydia Gans is a San Fransisco Bay Area photojournalist. Terry Messman is the editor of Street Spirit newspaper where this article first appeared.