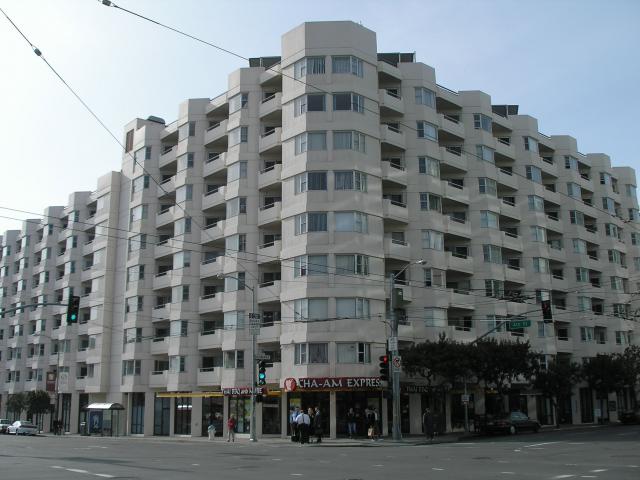 Affordable housing advocates across California are scrambling for alternative sources of funding following the closure of the state’s redevelopment agencies in February 2012.

A state law upheld by the California Supreme Court mandated the dismantling, which aims to redirect billions in property tax earnings held by the redevelopment agencies (RDAs) back to local governments to help close a huge gap in the state’s general fund.

The demise of California’s 425 RDAs “comes at a very bad time,” says Rachel Iskow, executive director of the Sacramento Yolo Mutual Housing Association.
Money coming from the federal housing program has been substantially reduced. The $2.9 billion generated by the state’s Proposition 1C bonds—enacted by California voters in 2006 for various types of housing—are almost gone, and a sluggish development market has reduced money for local low-cost housing trust funds to a trickle.

“The end of redevelopment agencies significantly shrinks the total supply of financing for affordable housing,” Iskow explains. She adds that her private nonprofit has built more than 900 homes in the Sacramento-Yolo area. It serves an ethnically diverse community of mostly “workers earning an average of $20,000 a year for a family of four people.”

It must now put a hold on the construction of 100 apartment units on six acres and the renovation of a decrepit 150-unit housing complex, all meant for low-wage workers. It also stands to lose well-trained professional housing managers and neighborhood advocacy organizers, says Holly Wunder Stiles, the group’s housing development director.

RDAs: Ready Source of Housing Funds
Redevelopment agencies served as the second largest source of funding for affordable housing in the state for 65 years. Local RDAs zoned out rundown or blighted areas, held down property values within them, and borrowed funds for infrastructure improvements—roads, services, open spaces—to attract private developers.

Once the property values in the redeveloped areas rose, RDAs kept the incremental increase in property tax earnings for their exclusive use. This amounted to 12 percent of all property taxes collected in California, currently around $5 billion a year. By law, 20 percent of the RDAs’ share of the new tax revenues went back to the county or city for affordable housing.

After the passage of Proposition 13 in 1978, which slashed property tax revenues, cities relied on RDA funds to build affordable housing and rehabilitate blighted areas. From 1998 to 2001 RDA money helped build 16,714 units, more than 75 percent of which were for low-income households, according to a 2002 study done by the Department of Economics at California State University/Fullerton.

Governor Brown Takes Down the RDAs
Governor Jerry Brown pushed for dismantling RDAs, in hopes of freeing up billions in property tax revenues held by them, to ease the $26-billion crunch in the state budget by at least $1.7 billion. His push gained traction because RDAs had become vulnerable to criticism over the years. Some of that criticism was directed at the diversion of as much as $5 billion a year in statewide property tax funds from local governments, depriving schools, law enforcement and other services of much-needed money. RDAs also have been accused of subsidizing private developers.

A CSU Fullerton study noted the  contribution of RDAs to the state’s housing stock but also found that they had very small low-to-moderate income housing funds—insufficient to have a dramatic impact on affordable housing overall.

Feeling the Crunch
With RDAs gone, large cities—Los Angeles, San Diego, Oakland, San Francisco—and sprawling suburban centers in Southern California and the Central Valley that benefited the most from redevelopment money are suddenly feeling the crunch.

Thousand Oaks may lose up to $20 million in cash and $10 million in assets. Oakland used most of its $39 million in RDA funds to support citywide staff salaries ($3.7 million for police; $3.2 million for city attorney staff; half the salaries of city council members). The demise of its RDA will cut 160 jobs in 11 departments.

San Francisco may be able to stand the hit better than other places, reports the San Francisco Planning and Research Association (SPUR). As a successor agency to its RDA, the city government transferred redevelopment funds and assets to the Mayor’s Office of Housing and the City Administrator’s office; so affordable housing and existing redevelopment projects stand to be protected.

As both a city and county, San Francisco does not have to send its redevelopment money to a separate county government where funds will be divided up among cities—unlike Oakland or San Jose, which are just part of larger counties.

“Redevelopment here in Hercules was under water even when it was around,” explains Hercules city manager Steve Duran, “but dismantling it sure doesn’t help.”

For Hercules, a middle-class community east of San Francisco with a diverse population, the end of redevelopment means “no money for affordable housing subsidies and no capital funds for potential infrastructure projects,” says Duran.

On top of this drought, a private financial guarantor is suing Hercules because its RDA defaulted on a $2.4 million bond, and the city is accused of diverting RDA funds to its operations. If it loses the suit, it could go bankrupt.

Banking on New Legislation
Housing advocates are seeking state legislation for a new source of funds and a statewide housing trust fund, which will be a permanent source for affordable housing. A trust fund would support the construction of affordable housing, the renovation of distressed housing stock, and foreclosure prevention and homebuyer assistance programs.Thirty-nine states have such trust funds, but California has none.

The California Association of Realtors dropped its opposition to the bill once it was made clear that the purchase and transfer of residential and commercial property will be exempt from the fee. Nonetheless, the measure fell two votes shy of the two-thirds needed for passage.

In an email to supporters, Housing California noted that despite the loss, this was the first time in several decades that permanent funding that would create a housing trust fund made it to a floor vote. Advocates vow to try again—after the election this fall.

Rene Ciria-Cruz is consulting editor at filipinasmag.com and writes for New America Media, which originally published this article.