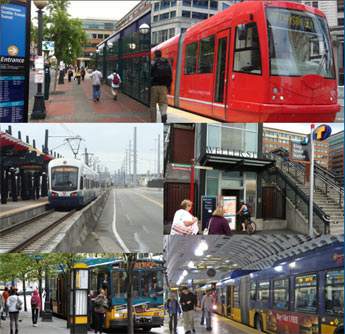 As the U.S. economy slows, the likelihood of significant federal or local investment in new mass transit diminishes. But low- and moderate-income families depend upon housing close to transit to reduce their commuting expenses and improve access to jobs, schools, and other opportunities. Not surprisingly, the rental market has already begun to grow tighter in communities near existing transit and will most likely lead to escalating property values, making it more difficult to ensure long-term housing affordability.

Thousands of privately owned affordable apartments—both HUD-subsidized and unsubsidized—located near transit are at risk as property values rise. A 2009 AARP report co-authored by the National Housing Trust (nhtinc.org) and Reconnecting America (reconnectingamerica.org) claims that there currently exist over 250,000 privately-owned, HUD-subsidized apartments within walking distance of quality transit. However, over 150,000 of them are covered by federal housing contracts that will expire in 2014, which raises the possibility of their being converted to market rate housing as transit-oriented housing values rise.

These HUD-subsidized apartments house a very vulnerable population: The average annual income is less than $12,000; approximately 66 percent of residents are elderly or disabled; and most are people of color. In fact, low-income and people of color are about four times more likely to rely on public transit to get to work than middle class whites. Consequently, preserving transit-oriented housing is critical to maintaining access to jobs and resources for these disadvantaged populations.

In an environment where resources are scant, preservation becomes a critical priority, as well as an attractive option. Preserving an existing home is significantly less expensive than constructing new affordable housing. Rehabilitating an existing affordable apartment can cost one-third less than building a new apartment and in more expensive communities with high land costs, preservation can cost half as much as building new affordable housing.
Ironically, the economic downturn provides an excellent opportunity to safeguard affordable housing near transit—if we act before property prices appreciate.

Notable Preservation Strategies
In September, 2010, the National Housing Trust, Enterprise Community Partners (enterprisecommunity.com), and Reconnecting America published a report—Preserving Affordable Housing near Transit: Case Studies from Atlanta, Denver, Seattle and Washington, D.C.—which demonstrates how nonprofit developers in these metro areas have engaged in creative strategies to preserve and improve affordable rental housing near transit in spite of the challenges presented by the economic downturn. Featured preservation strategies include:

Act quickly to acquire buildings close to planned transit prior to price appreciation. NEWSED Community Development Corporation (CDC) faced this challenge when it sought to preserve Jody Apartments, located adjacent to the Sheridan Light Rail Station in Denver, Colorado. NEWSED (newsed.org) purchased the unsubsidized but affordable rental property in 2007, six years before the scheduled opening of the station. Early access to flexible acquisition assistance from Enterprise and a land lease from the Urban Land Conservancy were critical to making the purchase feasible. Although NEWSED immediately made improvements to address life and safety issues, they were unable to obtain financing to make substantial physical improvements and secure long-term affordability within the same time frame. The seven-year loan term from Enterprise allowed NEWSED sufficient time to assemble the financing needed for a complete property redevelopment.
Renters near D.C. Metro Live Better for Less
Approximately 55,000 renter households in D.C. live in apartments located within half-a-mile of a metro rail station and over two-thirds of these apartments are unsubsidized. Many are located in neighborhoods that have experienced dramatic increases in median household incomes from 1999 to 2009. These households have significant lower housing and transportation costs than their counterparts in auto-dependent neighborhoods. According to data from the Center for Neighborhood Technology (cnt.org), combined housing and transportation costs in D.C. neighborhoods are less than 45 percent of area median income (AMI), as compared to over 55 percent of AMI in the region’s outlying suburbs.

Use data to identify and target at-risk, affordable properties near transit. Successful preservation often begins with good data that can be used to identify and prioritize HUD-assisted, Low Income Housing Tax Credit (LIHTC), and unsubsidized rental properties near existing and planned transit. The Mt. Baker Housing Association in Seattle, Washington (mtbakerhousing.org), is using a data-driven approach to carefully target and preserve unsubsidized rental properties for long-term affordable use along Seattle’s southeast transit corridor.

Although the southeast corridor’s new light rail line opened in 2009, the economic downturn has minimized widespread investment in the area, giving nonprofits an opportunity to acquire rental housing before speculation occurs. Since accessing public subsidies to redevelop such projects can be a challenge, Mt. Baker has chosen to purchase properties that do not need significant rehabilitation. To identify cost-effective preservation targets, Mt. Baker reviewed data on approximately 350 buildings in the transit corridor looking at factors, such as the property’s age and construction type—to weed out properties that may have been poorly constructed or were in bad condition or simply not good candidates for preservation. This approach allows Mt. Baker to stretch its limited resources much further in securing affordable housing before speculation picks up. 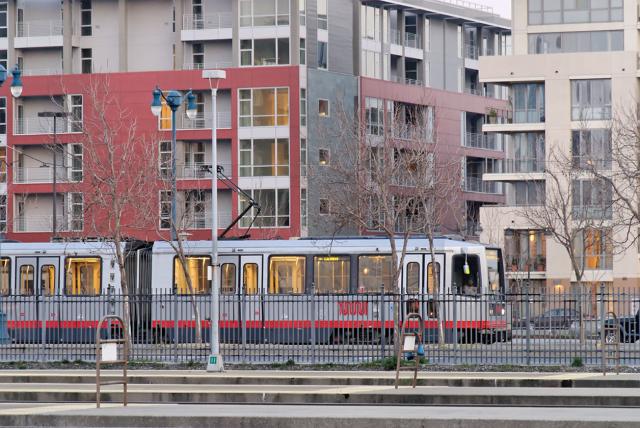 States and localities are increasingly prioritizing public resources for affordable housing near transit. At present, 32 states provide an incentive for proximity to transit, usually by awarding points in their LIHTC competitive scoring process. In Missouri, Mississippi, Oregon, Texas, and Utah, properties near transit can benefit from a 30 percent “basis boost” in LIHTC, thereby improving project viability.

Capitol Hill Housing agreed to sell Brewster Apartments’ unused development rights to Vulcan, Inc., which plans to construct three office buildings taller than allowable heights for the neighborhood. The exchange provided $648,000 to Capitol Hill Housing, which was used to pay off Brewster’s underlying debt and improve the property’s replacement reserve accounts, making it sufficiently capitalized to continue serving as affordable housing for the next 50 years.

Create acquisition funding sources. Flexible financing to acquire and hold properties near existing and proposed transit until permanent financing can be assembled is critical to preservation. The National Housing Trust and Enterprise are working to fill this gap in Washington, D.C., through the Green Preservation of Affordable Transit-Oriented Housing (GreenPATH) initiative. GreenPATH is an acquisition loan fund specifically for existing subsidized and unsubsidized multifamily buildings that serve low- to moderate-income families within half-a-mile of rail stations in the D.C. metropolitan area.

Planned transit investments in Maryland and Virginia promise to bring improved transportation services to D.C.’s suburbs, but also raise the challenge of preserving affordable rental housing if neighborhood redevelopment occurs. In Montgomery County, Maryland, more than 26,000 apartments are located near existing or proposed rail stations and according to the Northern Virginia Affordable Housing Alliance, nearly 50 percent of multifamily rentals along three redevelopment corridors in northern Virginia’s inner suburbs are currently affordable to households with incomes below 80 percent of area median income (AMI). NHT and Enterprise intend to raise about $54 million to preserve 1,000 affordable apartments through the GreenPATH loan fund. Potential sources of capital include banks, foundations, insurance companies, local government, and contributions from NHT and Enterprise.

Assembling the right mix of capital to provide preservation-oriented purchasers a low enough interest rate to maintain rents at affordable levels is critical to the success of the fund. Also critical are loan terms, which must grant buyers sufficient time to assemble permanent preservation financing, especially in light of limited public subsidies and the challenge of securing private financing.

All of these preservation strategies should be put in place during an economic downturn, so that when properties begin to appreciate, we can ensure that families of all incomes enjoy the many benefits of living near public transit.

Michael Bodaken is president and Todd Nedwick is assistant director of public policy at the National Housing Trust. This article is adapted from one originally published at Shelterforce.org.