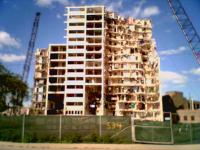 The Latino population, on the other hand, is surging—up 3 percent in Chicago and 32 percent statewide. Wary of being played against one another in a political game where poor people of all colors may be the true losers, blacks, Latinos, Asians, and Arabs are working to strengthen their ties.
“This is really tough,” said Jesus “Chuy” Garcia, a Cook County commissioner and 45-year resident of Chicago. “The relationship between Latinos and African Americans will be quite challenging because Latinos will gain—as their numbers indicate—but you definitely can see patterns of development that don’t bode well for poor or working people in general.”

Census officials have acknowledged a possible undercount in Chicago, which echoes the experience of community activists who encountered deep distrust when they went door-to-door in black neighborhoods to encourage participation in the census. Sokoni Karanja, executive director of Centers for New Horizons, recalled feeling bewildered when people in his own neighborhood turned him away even after he had explained the political and financial importance of filling out census forms.

“There’s just a lot of mistrust,” he said. “People did not want to be involved. They would… not open the door. Some were cooperative, but in general there was a great deal of resistance.” 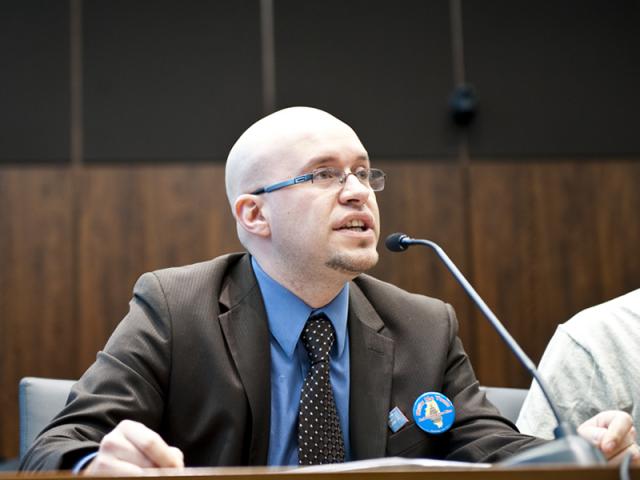 Self-defeating as that may seem, Karanja believes distrust of government is deeply embedded in the black community. “Census workers are gathering information that could go back to authorities, and in this community we have a long-taught fear of authority,” he explained. “The government is not a friend. Many of us come from the South where anything could be used against you, even if you were ‘in the right.’ It happens in Chicago, too.”
Organizers urged the the state legislature and the cirty council to keep communities of color together.

Public Housing Demolitions Spur Exodus
Other forces may have had an even greater impact on Chicago’s black population. Since 2000, the city has demolished 11,000 units of public housing in the Bronzeville area alone, promising to rebuild only a third of those units and giving many families vouchers for Section 8 housing outside city limits. Meanwhile, the price of real estate in the same neighborhood has more than doubled.

“Chicago is increasingly becoming a city that’s no longer affordable for working families,” said Jhatayn Travis, executive director of Kenwood Oakland Community Organization. “People talk about wanting mixed-income housing but they aren’t building it—not enough, at least—so it does give you an idea of how the mayor and the business community are viewing this city.”

What really galls Travis and others interviewed for this story is a federal law that allows state prisoners to be counted where they are incarcerated, instead of in their home communities. It gives sparsely populated rural areas—where most prisons are located—far greater political power than is warranted by their actual numbers. For Chicago, it means about 23,000 incarcerated residents were not included in the city’s count, which saw an overall decline of 180,000 blacks—a significant problem when you consider that census data determines how $440 billion is allocated to communities for education and other programs.

“For representation, this is a really big deal,” said Peter Wagner, executive director of the Prison Policy Initiative, a nationally focused think tank in Northampton, Massachusettes. “It’s not so much what Chicago loses, but what other districts downstate gain. There is a very clear upstate-downstate tension in Illinois and prison-based gerrymandering just exacerbates that.”

Of course, the 23,000 incarcerated Chicagoans would not create an entire voting district. (Illinois requires each district to hold 108,000 people). But they could have an impact on the three predominantly African American congressional districts facing elimination.

“I’m not hopeful that any candidate of color can win election now,” said Stephen Alexander, a senior research fellow at DePaul University’s Egan Urban Center, who has studied the city’s political power structure for decades. “I don’t see how a Latino can win without crossover votes, and obviously, the way the system is set up, an African American cannot win without crossover votes—at least not a candidate from within the community.”

Coalition Lobbies for Census Redress
Mike Rodriguez of Enlace and Josina Morita of United Congress of Community and Religious Organizations testified at a redistricting hearing in May, 2011. Their organizations are part of a multiracial coalition for lobbying legislators to redress the prisoner count rules and propose a new voting district map that preserves the political power of shrinking minority communities.

“I don’t want to say that white communities gained in this census report,” said Morita, “but communities of color lost.”

Last March, Governor Pat Quinn signed the Illinois Voting Rights Act (IVRA), which mandates that communities of color must be kept within a single district wherever possible. A trained demographer, Morita has created the maps and is now demanding for her coalition to have a say in the redistricting process. The IVRA—spearheaded by activists in Chinatown who saw their community of 50,000 splintered into four legislative districts—is a major weapon in Morita’s arsenal.

“Legislators say they don’t think that they can draw three black congressional districts but I’ve drawn them and I’m going to show them,” she said. “Under the Voting Rights Act, if you can prove that it can be done, it has to be. And considering the financial positions of states these days, the threat of suing them is very effective.”

As of November 2011, a Federal District Court was still reviewing the maps.

Claudia Rowe writes for Equal Voice Newspaper where this article was originally published.

END_OF_DOCUMENT_TOKEN_TO_BE_REPLACED
The Earth Is the Only One Telling the Truth