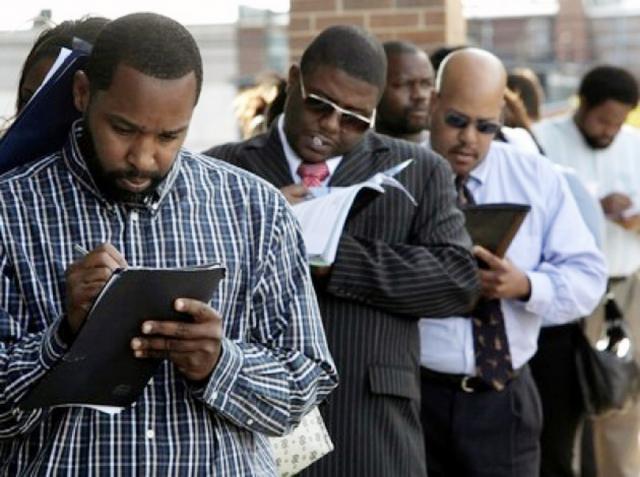 With 14 million Americans out of work, the news media are reporting that discrimination against the unemployed is increasing across the country. But their stories often fail to mention the specific hurdles faced by African Americans, whose unemployment rate is more than double that of whites. While Time magazine, The New York Times, and The Huffington Post have all reported on this growing trend, they have not provided critical information on what recourse is available to victims of unemployment discrimination, nor cited the factors that put African Americans at greater risk than whites.

Labor and race relations experts mention the following specific challenges facing African American job seekers: (a) they encounter racial bias while job-hunting; (b) their communities have weaker job networks in place; and (c) credit checks by potential employers often work against them. The media often failed to report on these aspects of the story, which could have been included if reporters had reached out to a more diverse group of sources. The National Employment Law Project (NELP), an advocacy group that has led awareness-raising efforts about discrimination against the jobless, has the data and research to help reporters write more comprehensive stories about discrimination against the unemployed.

Although the federal government does not specifically prohibit discrimination against the jobless as it does women, racial minority groups, and people with disabilities, such bias may violate civil rights laws if it has a disparate impact on people of color.

An article in Time magazine entitled “Jobless Discrimination?” noted that companies accused of weeding out unemployed minority job applicants could be found guilty of racial discrimination, but it did not elaborate on the actions unemployed jobseekers of color could pursue if they experienced discrimination. Owens suggests contacting the Equal Employment Opportunity Commission (EEOC).

Something else that goes largely unreported—the number of unemployed African Americans is likely to be much higher than indicated by the official unemployment rate.

“If you look at [all the] people in the last year who have given up looking for work and the people who are working part time but would rather be working full time, the [national] unemployment rate is actually 16 percent,” says Lauren Appelbaum, research director for the Institute for Research on Labor and Employment at University of California, Los Angeles. “But the official rate reported is 9.1 percent.”

It would indicate that the unemployment rate for African Americans is actually much higher than the official 16.7 percent, as also their risk of facing jobless discrimination.

Furthermore, the reporting on joblessness does not make it clear that to be counted among the unemployed, one has to be constantly looking for work. So, the figures should indicate that many African Americans are out aggressively looking for jobs. But because the public does not understand how the government arrives at its unemployment figures, they tend to believe the negative stereotypes about African Americans who don’t want to work, says Algernon Austin, director of the program on Race, Ethnicity and the Economy at the Economic Policy Institute.

“High unemployment across the board for Blacks indicates that there’s an element of racism to it,” says Steven Pitts, a labor policy specialist at the University of California, Berkeley. He says that racism in other sectors—housing, education, and the criminal justice system—compound the difficulties African Americans face in the labor market.

Austin points out, however, that bias is not the only factor undermining African Americans looking for work. Many companies don’t even advertise their openings.

The growing number of companies that check the credit histories of applicants during the hiring process also makes African Americans more vulnerable. The jobless tend not to have stellar credit ratings because being unemployed makes it difficult to pay bills in a timely fashion. Accordingly, credit checks mostly disadvantage African American applicants as this group of job hunters is most likely to be unemployed.

“People need a good job to reestablish their credit or to put them in a place where they can maintain good credit,” Austin says. “If their credit history is used to prevent them from getting a good job, it’s a Catch-22.”

Although the New York Times did mention that credit checks exacerbate discrimination against the unemployed, it failed to mention how it affected African American job-seekers disproportionately.

The media also have not touched on the role of criminal background checks. A Huffington Post piece, “Obama: Discrimination Against Jobless ‘Makes Absolutely No Sense,’” never mentions unemployment among African Americans. According to Pitts, incarceration keeps a large number of African Americans among the ranks of the jobless.

“The media need to tell the stories behind the numbers, so you can actually get a sense of Black work life, what are people’s histories in the labor markets,” Pitts says. “Featuring real life experiences begins to humanize the problem.”

Nadra Kareem Nittle writes for America’s Wire, published by the Maynard Insititute, which published an earlier version of this story.