"Women have the longest work-week and do most of the world's unpaid labor; they are the bulk of the poor both in the U.S. and around the world..." - Sylvia Ferderici 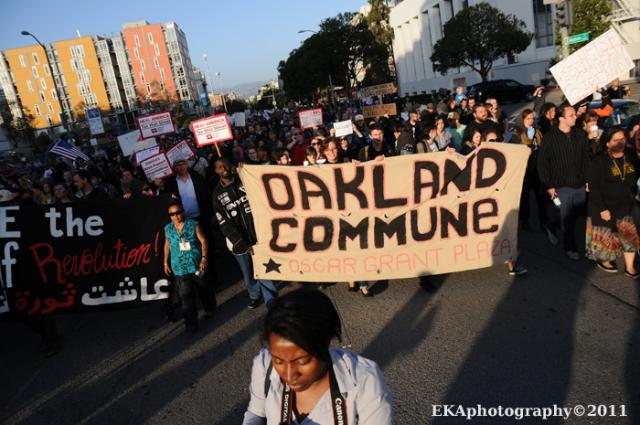 This movement appears spontaneous but its spontaneity is quite organized, as can be seen from the languages and practices it has adopted and the maturity it has shown in response to the brutal attacks by the authorities and the police. It reflects a new way of doing politics that has grown out of the crisis of the anti-globalization and antiwar movements of the last decade; one that emerges from the confluence between the feminist movement and the movement for the commons. By “movement for the commons,” I refer to the struggles to create and defend anti-capitalist spaces and communities of solidarity and autonomy. For years now people have expressed the need for a politics that is not just antagonistic and does not separate the personal from the political, but places the creation of more cooperative and egalitarian forms of reproducing human, social, and economic relationships at the center of political work.

Why is Feminism Necessary for Occupy?
Feminism is still critical for this movement on several grounds and I am encouraged by the fact that many young women today identify themselves as feminists, despite a tendency in past years to dismiss feminism as merely “identity politics.”

First, many of the issues that were at the origins of the women’s movement have not been resolved. In some respects, the position of women has worsened. Despite the fact that more women have access to paid employment, the root causes of sexism are still in place. We still have an unequal sexual division of labor as reproductive work remains primarily a woman’s responsibility, even when she works outside the home. Reproductive work is still devalued in this society. Though we are less dependent on individual men, we are still subject to a patriarchal organization of work and social relations that degrade women.  In fact, we have seen a re-masculinization of society with the glorification of war and the increasing militarization of everyday life. Statistics speak clearly: women have the longest work-week and do most of the world’s unpaid labor; they are the bulk of the poor both in the U.S. and around the world; and many are practically sterilized because they cannot afford to have children. Meanwhile, male violence against women has intensified, not only at the individual level but also at the level of institutions. In the U.S., for instance, the number of women in jail has increased fivefold since the ‘80s.

I am also convinced that the Occupy movement has much to learn from the egalitarian vision of society that the feminist movement developed in its radical phase, which was also an inspiration for the queer and the ecological movements. Consensus-based decision-making, the distrust of leaders (formal or charismatic), and the idea that you need to prefigure the world you want to create through your actions and organization—these were all developed by radical feminist movements.  Most importantly, like the Civil Rights and Black Power movements, the radical feminist movement began to address the question of unequal power relations in the movement and in society by, for instance, creating autonomous spaces in which, women could articulate the problems specific to their conditions. Feminism has also promoted an ethics of care and sisterhood and a respect for animals and nature that is crucial for the Occupy movement and, I believe, has already shaped its practice. I have been impressed by the tolerance and patience people demonstrate to one another in the general assemblies—a great achievement in comparison with the often truculent forms of behavior that were typical in the movemens of the ‘60s.

Gender Dynamics in the Occupy Movement
I do not want to be unduly optimistic, but it seems to me that feminists are well represented in this movement, though it would be naïve to imagine that this is sufficient to eliminate sexism from it. As a recent article published in The Nation on this subject pointed out, “women are everywhere.” They facilitate and speak in the general assemblies, organize educational forums, make videos, run the information center, speak to the press, and circulate information through scores of blogs on the net. At OWS, before the eviction, they created an all-women space, a tent “for women by women,” that functioned as a safe autonomous zone. 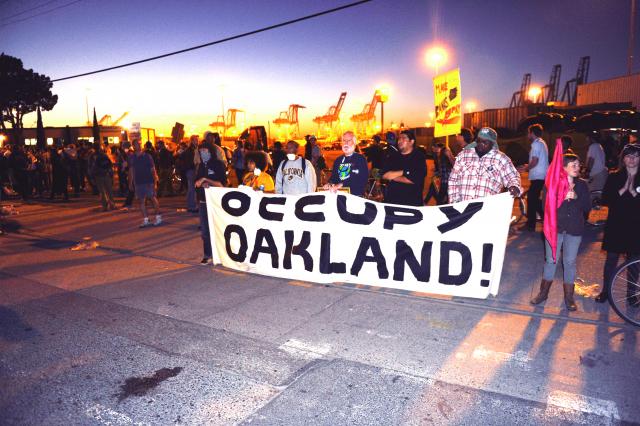 What is especially promising is the diversity of women who are active and present in the occupations: this is a movement that brings together white women and women of color, young women and women with white hair. I also see the influence of feminism in the fact that this movement places its own reproduction at the center of its organizing. The lesson of the feminist movement—which is that you cannot separate political militancy from the reproduction of your everyday life; that you must often revolutionize your reproductive relations in order to engage in the struggle—is now being applied on a broad scale, [in] the creation of free food distribution, the organization of cleaning and medical teams, and the activities of the working groups that are daily discussing not only general principles and campaigns but all the issues concerning daily coexistence.

That OWS is no longer a standing camp after its eviction from Liberty Square does not invalidate this point.  Hundreds of occupations are now taking place all over the country and around the world.  The loss of the camp at Liberty Plaza in New York is only the start of a new phase of the movement. Hopefully it will be a phase in which the building of reproductive commons will take on a new meaning and dimension. Soon, in fact, the movement must begin to pose the question of how to create a reproductive network outside of the market—for instance, connecting with the existing urban farming projects and other elements of the solidarity economy.

Silvia Federici is a veteran activist and writer who lives in Brooklyn, New York. She is the author of Caliban and the Witch: Women, the Body and Primitive Accumulation. This interview was conducted by Max Haiven (maxhaiven.com) and published at Znet (zcommunications.org).