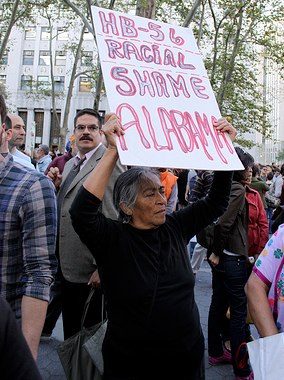 One year after Arizona’s dread SB 1070 took effect, progressives have transferred their fear and loathing to the 2011 winner in the mainstream media’s toughest-immigration-law-in-the-nation contest: Alabama’s HB 56. Its unconstitutionality and inhumanity go further than Arizona’s law by requiring children to prove legal residence before enrolling in public school and making it a crime to give an undocumented person a ride in your car.
The good news is that Alabama and Arizona are still immigration policy outliers. While legislators in at least 24 states filed Arizona-like legislation this year, just five—Alabama, Utah, Georgia, South Carolina, and Indiana—passed watered-down versions of SB 1070. In many states—Georgia, Alabama, Oklahoma, South Carolina, Nebraska and, most triumphantly, Mississippi—the threat of a viral SB 1070 has engendered and strengthened coalitions between immigrant supporters and African American elected leaders who have played visible, pivotal roles in opposing, softening, and defeating Arizona copycats.

“This is a fight against a kind of venom that black people in Mississippi understand on that heart level,” Evans says, tapping his heart. “But this is hearts and minds working together. Walking together is how we all win, now and further down this long road.”

Richard Nixon pioneered the old Southern strategy through which Republicans pandered to racism and won over Southern white Democrats disaffected after desegregation and civil rights legislation. Now, though, Latinos’ growing presence and electoral clout in the South and other regions, coupled with the moral authority of civil rights, has yielded a new game plan. This one depends not on racial and cultural division but on unity. In Mississippi, a methodically constructed alliance of African Americans, immigrants, and their supporters has grown downright formidable and, Evans suggests, “can help show the country a better way, a path to higher ground.”

It hardly happened overnight. But in the past few years, Mississippi activists’ formula of black and immigrant partnership within a “workers’ rights/civil rights” frame, abetted by dogged labor organizing, has added up to visible success. 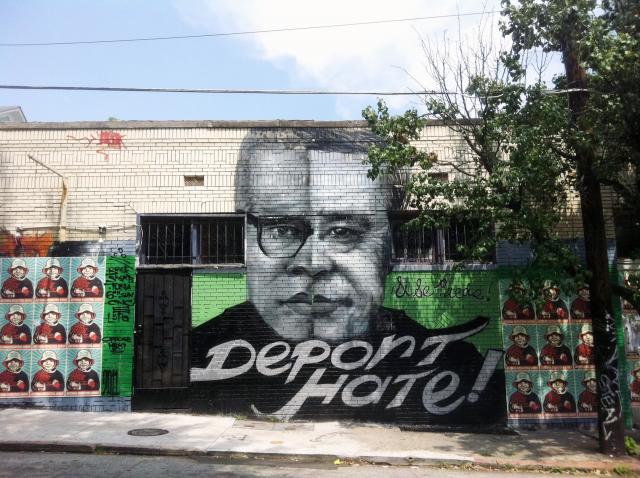 In the 2011 legislative session, Mississippi lawmakers introduced 33 bills that sought to make it easier to deport immigrants, or else make life more difficult for them. They included bills that would have: denied undocumented people access to public benefits (which is already prohibited under federal law),  restricted immigrants’ ability to rent apartments (federal courts have ruled similar bans unconstitutional), and mandated “English-only” in conducting government business. By April, all the bills were dead, including an Arizona copycat—SB 2179—which, after it passed both chambers, advocates had assumed was unstoppable. The bill would have made it a crime to fail to carry immigration papers and would have authorized state, county, and local police to determine the immigration status of a person during a “stop, detention, or arrest.” The bill went further than Arizona’s by allowing for immigration checks during traffic stops. The version that passed the Mississippi State Senate would even have allowed people to sue municipalities or law enforcement officials for failure to enforce immigration laws. Through legislative legerdemain, Democratic members in the House, led by black caucus member Edward Blackmon Jr. and Judiciary Committee Chair Willie Bailey, killed the bill.

Similar bills died similar deaths in 2010 and previous years as black lawmakers spent significant political capital fighting them. Black caucus members are regular speakers at immigrants’ rights rallies. They take to talk radio and attend community forums, urging constituents to oppose harsh immigration bills and to join pro-immigrant marches. In recent years, African American legislators have used the power of their committee chairmanships in the House to let anti-immigrant bills languish and expire—despite the fact that their own legislative heft has hardly come easily in Mississippi, the only state whose official flag incorporates the Confederate flag.

Hellbent on Unity
There are no Latino or immigrant members in the Mississippi Legislature. Compared with Georgia (where 9 percent of the population are immigrants) and North Carolina (7 percent), Mississippi has few foreign-born residents (only 2 percent, or about 60,000 people), according to the U.S. Census. Latino immigrants living just outside the capital, Jackson, complain of roadblocks where police and sheriff’s deputies ask for papers, jail people who can’t produce any, and hand them over to federal authorities for deportation. In February, local police in several towns around Jackson cooperated with federal agents in raids on immigrants’ homes. Mississippi, then, might not seem the most fertile ground for growing a pro-immigrant coalition. But in 2000, a white labor organizer named Bill Chandler founded the advocacy group Mississippi Immigrant Rights Alliance (MIRA), hellbent on unity. 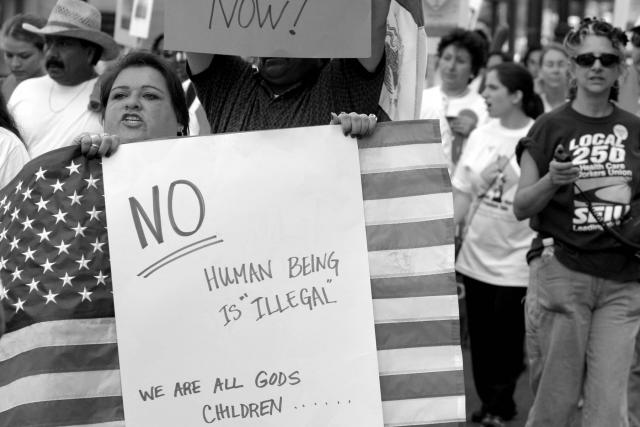 Raised in a racially diverse neighborhood of Los Angeles, Chandler had worked with Cesar Chavez’s United Farmworkers across the South and later in Mississippi, organizing mostly African American workers in a variety of industries. He witnessed the migration of Latino workers who first came for jobs in the state’s burgeoning casino industry and chicken processing plants and later to clean up and rebuild after Hurricane Katrina. Chandler understood why the growing presence of exploitable labor worried the struggling African American workers he had helped organize over the years. (About 44 percent of African Americans in Mississippi live below the federal poverty line.) He also feared that white conservatives would exploit potential tensions to divide two disenfranchised groups. But he had long ago learned how to intercept that problem by organizing workplaces with significant shares of both Latino and African American workers, so that “everyone benefited.”

With MIRA, Chandler embarked on a parallel legislative strategy. He began by approaching African American leaders in the state legislature to seek support for immigrants and by organizing an annual “Unity Conference” that cemented relationships between traditionally black civil rights organizations, labor, and immigrant activists. Meanwhile, MIRA staff members organized Latinos and African Americans in workplaces and through community forums in their neighborhoods. Chandler vowed never to ask white legislative allies to sponsor pro-immigrant legislation. He turned first to Representative Evans and to a former teacher and union leader, State Senator Alice Harden, to sponsor bills. Pro-immigrant proposals included efforts to provide undocumented immigrants access to driver’s licenses (a measure passed the Senate but failed in the House) and to offer undocumented students in-state rates at public colleges (the measure died this year). Several local black civil rights activists sit on MIRA’s board, as do union officials. In community forums and meetings with immigrants, most of whom come with no knowledge of the bloody protests and legal struggles that dismantled segregation, Chandler and others point out that if it were not for black civil rights leaders, the immigrants’ rights movement would have no foundation.

“And now? We would not be able to do anything for immigrants without the black caucus beside us. We’d be nowhere,” Chandler says. “This coalition would not benefit anyone if a Latino worker could not see African Americans as their allies.” 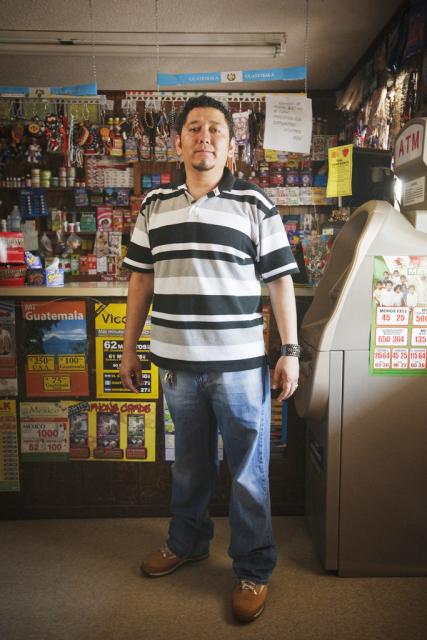 “This was a message to immigrants that they are welcome here in Jackson,” says Lumumba. “A bigger Latino population would help us politically, sure. But it is right, morally. If we’ve learned anything in Mississippi, it’s how to stand together against oppression.”

In the coming months, Chandler and Ice hope to persuade other municipalities to adopt ordinances like Jackson’s. They think there may also be support for such a measure in Canton, a majority black town of about 12,000, just north of Jackson.

Just days before a pro-immigrant march on the state Capitol, MIRA staff members had driven out to a dusty trailer park in Canton and talked with dozens of Latino immigrants about the proposals before the legislature. Most of the immigrants who rent the dilapidated trailers here work in the chicken processing plants that have become a staple industry in Mississippi. Isela Gonzalez, who hangs and cleans chickens in a Peco plant next to the trailer park, went to MIRA’s meeting. On the day of the rally, Gonzalez, who was pregnant at the time, recalls waking up “tired and sad.” Her common-law husband, the father of her children, had recently been deported, she said, after a sheriff’s deputy stopped him while he was walking back from work and asked him for papers he did not have.

“I became happy when I got to the march,” she says, cradling her newborn son in her arms. “I saw that we are not alone. There are people with us.” Gonzalez joined “a lot of Mexicans and Guatemalans and white people” that day, adding, “I saw many more black people who seemed like important people, the bosses, that day.”

Gonzalez’s correct perception upends the ubiquitous narrative that casts African Americans and Latinos as adversaries in a zero-sum game. As journalist David Bacon documents in his book Illegal People, African Americans in Mississippi have seen themselves displaced by employers who have hired more easily exploitable Latino workers. But as Bacon also points out, and as MIRA takes pains to bring to light, the true villains are the less visible forces undermining economic security for all low-wage workers. Research bears this out. After conducting a large statistical analysis, Yale University economist Gerald Jaynes testified to Congress in 2007 that he and colleagues found very modest effects upon African Americans’ wages resulting from immigration. Jaynes, like MIRA, stresses that African Americans’ economic stability is undermined far more by factors like the decline of manufacturing jobs, weakened unions, a computerized information economy, and educational inequalities.

“Look, everyone needs to put food on the table. Everyone wants to walk down the street without getting harassed,” Chandler says in MIRA’s scruffy Jackson office. Outside his door, immigrants sit waiting for the start of a workshop on the naturalization process. “We need to respect the different histories here between groups. But the folks in that waiting room and African Americans looking for a living wage? They are engaged in the same struggle, and it is not with each other.”

Black leaders on the national level, too, have spoken out in recent months against efforts to pit the two groups against each other. In March, Michigan Democratic Representative John Conyers and Maxine Waters, a Democratic representative from California, sharply questioned Republicans’ motives for holding a hearing on the effects of immigration on U.S. unemployment.

“The notion that is underneath the surface of pitting African American workers against Hispanic workers and immigrants is so abhorrent and repulsive to me that I want to get it on the table right now,” Conyers said.

Also in March, a few weeks before an immigration enforcement bill passed in Georgia, Congressman and civil rights icon John Lewis showed up unannounced and joined a rally against the measure. Outside the Capitol in Atlanta, Lewis stood with members of the state’s legislative black caucus. With microphone in hand, he strode straight toward the metal barricade cordoning off the mostly Latino crowd. His voice boomed over cheers and applause.

“I was involved… in the civil rights movement. I got arrested… I was beaten, left bloody. But I didn’t give up,” he said. “And you must not give up.” The crowd quieted and Lewis flowed into preacherlike cadence: “We are all brothers and sisters. It doesn’t matter if we are black, white, Latino, Asian American, or Native American. We all live in the same house. If any one of us is illegal, then we all are illegal.”

Susan Eaton, research director at the Charles Hamilton Houston Institute at Harvard Law School, is the author, most recently, of The Children in Room E4: American Education on Trial. This article was originally published in The Nation.