“It is important to act as if it were possible to radically transform the world." - Angela Davis 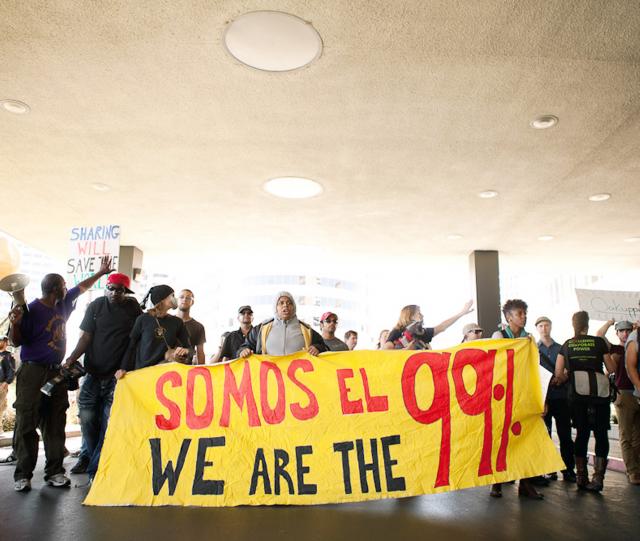 I have had the opportunity to visit four Occupy sites: one in Philadelphia, two in New York,  and one in Oakland. There’s an enormous amount of energy. There’s an enormous amount of excitement. It’s quite different from the way we are accustomed to building separate movements and then finding ways to create what we generally call coalitions and alliances. And while the [slogan “We are the] 99%” is a fiction, it’s a fiction that is useful, and it is one that we should take up and re-craft. My message to all of the Occupy sites is that it is important that this 99% slogan is inclusive from the outset—that we have to be aware of the extent to which it is shot through by  racial difference and economic difference.

The November 2 march to the Port of Oakland was multi-racial, it was multi-generational, it was multi-gender, multi-sexual, multi-everything. It’s an experiment in being together, [but we need to] be attentive  to differences. As Audre Lorde said, “It’s not our differences that divide us. It’s our inability to respect and celebrate those differences.” She pointed out that differences should not be merely tolerated, but they should be a fund of polarities between which our creativity can spark like a dialectic.

If we assume that the top tiers of the 99% can provide the strategy during this time, then we are mistaken. It would make far more sense to start with the bottom tiers, and that would help us address racism. That would mean that the struggle to abolish the prison industrial complex would have to be central in this movement of the 99%. 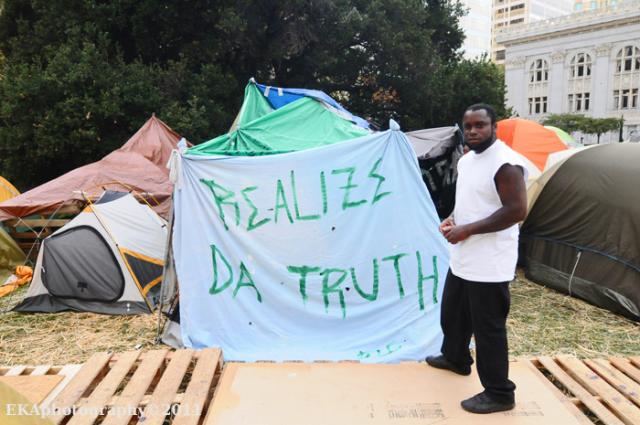 [Another thing] I’ve been doing at the Occupy sites is to recall the slogans from the uprising in Paris in 1968.  One of them was “L’imagination prend le pouvoir,” all power to the imagination. And another one was “Soyez realiste demandez l’impossible,” be realistic, demand the impossible.

Art drives movements for radical social change. Art helps us to find our way into new dimensions. Art helps to give expression to what might be considered impossible in the world that is. It shows us the possibility of a new world.  Art helps us to negotiate our way through dimensions that we cannot yet articulate in the kind of expository language that we use... There are no clear demands. But I don’t think there should be any demands right now.

[Conisider] the connection with Egypt—Cairo and Tahrir Square. I was reading  a message that came from participants in that movement, and there was something very moving included in that message. It said,  [People ask] what are our demands? But there’s no one left to [ask demands of]. There’s no one left to ask for reforms. And so, therefore, we have to create that which we would like to see in the future. We have to create what we want, as opposed to asking somebody else to give it to us. 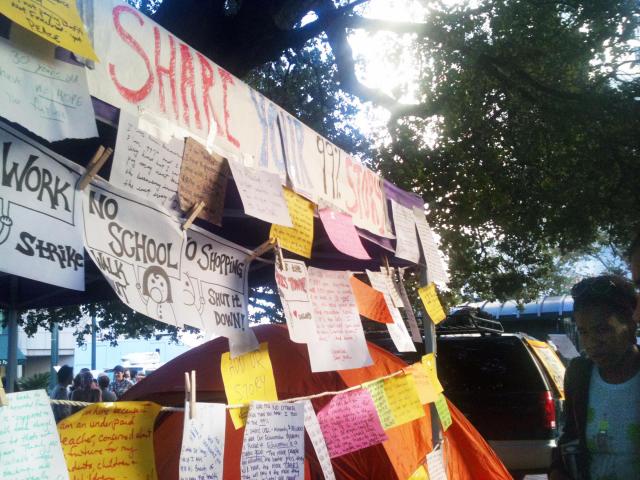 This is what happened during the era of what is called the civil rights movement. It was much, much more than civil rights—it was a freedom movement. The most important accomplishment of that movement wasn’t necessarily the change in the laws, although that was very important, it was  the transformation of the consciousness of so many people who learned how to imagine a very different future.

So let us also take seriously what it means to transform consciousness.  I think that that is something that may be happening now given that so many people seem to be identifying with the 99%.  The experience we had walking to the Port on Wednesday [November 2] was absolutely amazing. Cars were blowing their horns and nobody was upset that the march was blocking traffic. There were kids on bicycles who were stopping the traffic so that the march could go through. There weren’t any police anywhere. Well, we knew they were around. But we didn’t see them.

And everywhere, people were beeping their horns. It was just this amazing, joyful experience and so many people seemed to experience that joy of being together, of being a part of a new community that has the potential of dismantling the economic structures and the racist hierarchies and the gender hierarchies in the future.

I ran into many people of my generation who experienced the movement 40 years ago.  Without exception, people were so happy. They were saying, it’s happening. Finally, it’s happening!

So, I would say there are never any guarantees, but it is important to act as if it were possible to radically transform the world.

Angela Davis is an activist, educator, writer, and a founding member of Critical Resistance. This article is an edited excerpt from an interview conducted by Erin Aubry Kaplan, a Los Angeles journalist, at an event sponsored by the Center for the Study of Political Graphics in Los Angeles (politicalgraphics.org).