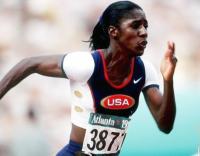 Atlanta is often affectionately called the “Black Mecca” of the South but the city has undergone a dramatic demographic shift over the past four decades. Black Atlanta is shrinking and there are 20 major reasons—a “20-Point Plan”—that account for this depopulation. Many of them are detailed in a book I edited in 2007, entitled The Black Metropolis in the Twenty-First Century.

The 2010 census revealed a significant exodus of blacks (29,746) out of Atlanta city over the previous decade. At the same time, the number of blacks in the metro Atlanta area grew by 490,982—a 40 percent increase. The lion’s share of blacks who migrated to metro Atlanta settled in the suburbs—not the city—a trend unlike the one that gave the city a black majority and its first black mayor, Maynard Jackson, in 1973. Metro Atlanta now has the second largest black population of all U.S. metropolitan regions, surpassing Chicago and just behind New York.

Atlanta’s demographic transition is not an overnight phenomenon. It is important to note that the black exodus happened in an era of black mayors and majority black city councils. The impetus behind this demographic shift may be summarized in the following 20 points:

1.    The 1996 Summer Olympics, which set in motion a surge of policies and practices that fueled the black depopulation trend.
2.    Demolition of public housing in the city.
3.    Overt hostility towards the poor and homeless populations.
4.    Heightened class warfare between black elites and the black underclass.
5.    The squandering of Atlanta Empowerment Zone funds designed to revitalize low-wealth minority neighborhoods.
6.    Diversion of public funds into private ventures, away from the city’s core black neighborhoods.
7.    Dismantling of the public health safety-net through privatization of Grady Hospital.
8.    Failing public schools.
9.    Defunding of the Metropolitan Atlanta Rapid Transit Authority (MARTA).
10. Racial redlining and disinvestment by banks, mortgage firms, insurance companies, and commercial enterprises.
11. Predatory mortgage lending.
12. Gentrification and displacement in urban core neighborhoods.
13. Shortage of affordable housing.
14. Discrimination in both, housing rental and sales.
15. Racial steering by real estate agents.
16. A spatial mismatch between black residential areas and job centers.
17. Movement of jobs from city centers into the suburbs.
18. Black suburbanization and re-segregation in low-jobs suburbs.
19. Closures of grocery stores and supermarkets in black areas, leading to expanding “food deserts.”
20. Breakdown of de facto power-sharing arrangement between white business elites and black political elites.

These 20 points are by no means exhaustive. Nor are they ranked by order of importance. But taken together, they explain the powerful forces behind the depopulation of Black Atlanta—a long-term trend that will likely continue into the future.

The 1996 Summer Olympics was Atlanta’s Hurrican Katrina—setting in motion a surge of policies and practices that fueled the black depopulation trend. Atlanta’s 20-point plan is strikingly similar to the “20-Point Plan to Destroy Black New Orleans,” which I wrote several months after Katrina and its floodwaters devastated that majority black port city in 2005.

2010 census data shows Black Atlanta moving towards a numerical minority in the near future—a population shift that has profound implications for local electoral politics. A smaller black footprint will most likely mean a loss of black political power in the city.

Current Mayor Kasim Reed won by a slim margin of 714 votes in 2009 and some pundits predict that Reed may well be the last black mayor of Atlanta for some time to come. But then again, the pundits had made similar predictions during the tenure of previous mayor, Shirley Franklin. Only time will tell.

Robert D. Bullard is a professor of Sociology and director of the Environmental Justice Resource Center at Clark Atlanta University.

Tweet
‹ By the Numbers: Black Flight in the S.F. Bay Area up Black-Latino Coalitions Block Anti-Immigrant Laws in Mississippi ›