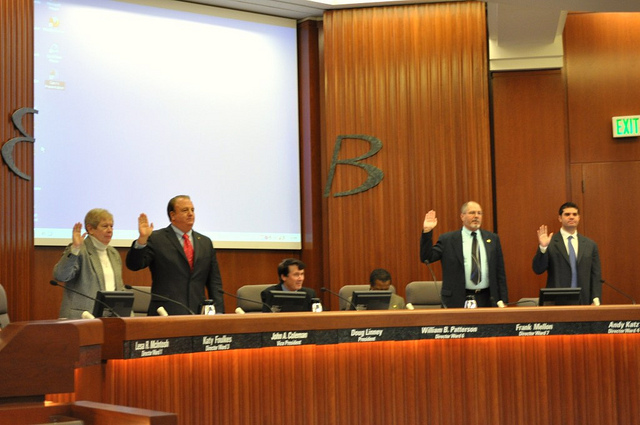 Shortly after the birth of her youngest child, Kim Isaacs received notice that her West Oakland apartment building was now owned by Countrywide Home Loans, which had foreclosed on her landlord. They wanted her out. Isaacs had become one of the hidden victims of the foreclosure crisis—tenants in foreclosed buildings. According to a study by the statewide organization Tenants Together, 7,000 housing units hit by foreclosure in Alameda County last year were tenant-occupied. That’s 40 percent of all the foreclosed units in the county.

Countrywide offered Isaacs $1,000 and two weeks to find a new place to live, pack up her things, and move out. “I told them, ‘No way!’” she said. She needed more money and more time to find another place for herself and her seven children. And as a member of Causa Justa/Just Cause, an Oakland and San Francisco tenants-rights organization, she also knew that city, state, and federal laws prohibit new property owners from simply evicting tenants.

So, Countrywide’s attempts to evict Isaacs failed. But then one evening in December 2007, an East Bay Municipal Utility District (EBMUD) representative turned off the water to her building. Isaacs believes that Countrywide failed to pay the water bill “on purpose, as a form of trying to push me out.” She added: “These banks get these properties and they intimidate people, kick them out on the street.”

The next morning, Isaacs and 15 other members and staff of Just Cause showed up at EBMUD’s downtown Oakland headquarters, demanding that the utility turn on the water. “They said, ‘That’s between you and the landlord. We can’t do anything,’” Isaacs recalled. “But we were like, ‘We’re not leaving until you turn the water on.’”

In cities with “just cause for eviction” laws, such as Oakland, Richmond, Berkeley, and San Francisco, tenants have the right to remain in their homes after foreclosure. These laws bar landlords from evicting tenants unless they have a “just cause,” such as nonpayment of rent and creating a nuisance. Most tenants of Fannie Mae, Freddie Mac, and JP Morgan Chase can stay in their homes at least temporarily under these banks’ policies.
Tenants have the right to put utilities in their own name and pay utility bills themselves if their landlord fails to pay. 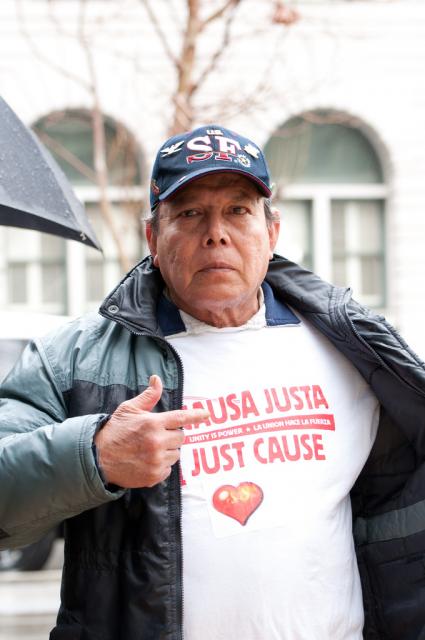 Finally, EBMUD board member Andy Katz got the agency’s staff to turn on the water. But when Isaacs and other tenants described their experiences with water shutoffs at East Bay EBMUD’s February 2008 board meeting, some board members were skeptical, recalled Just Cause organizer Robbie Clark. And board members were worried about how the agency could keep the water on if no one was paying the bills. Nonetheless, the board approved Katz’ proposal for a six-month moratorium on water shutoffs for foreclosed tenants.

Then, EBMUD studied the issue and discovered that in just four months, it had turned off water to 600 tenants in foreclosed buildings. Katz, meanwhile, had persuaded then-Assemblywoman Loni Hancock to introduce legislation to solve the problem.

Typically, creditors like EBMUD can place liens on properties if the owners fail to pay their bills. Then when the property is sold, the creditors get paid. But a California law enacted in the 1970s barred municipal utility districts from putting liens on property, which meant that if EBMUD kept the water on at a foreclosed property and the bank refused to pay the bill, the agency would never get its money.

That’s how Isaacs found herself testifying at a hearing in the state Capitol before an Assembly committee in 2009. She recalled that before the hearing, Hancock aide Hans Herman warned her: “I don’t know how this is going to go.”

“I was a little nervous,” Isaacs said. “They looked so serious and stiff. I was talking, getting teary-eyed, trying to get my point across.” Then, in the roll-call vote, “the first person said ‘yea,’ the second person said ‘yea.’ [Herman] looked at me like, ‘Wow, this never happened before!’ Finally everybody said ‘yea.’ By then I’m in tears.” 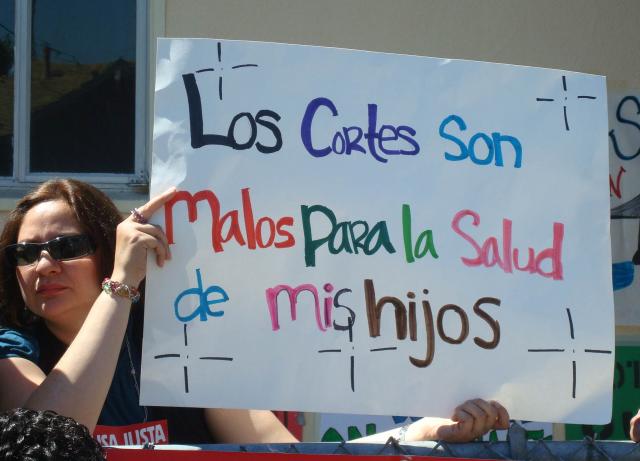 Isaacs’ testimony helped legislators “put a face on this problem, to understand that this is about protecting innocent people caught up in this mess,” said East Bay MUD lobbyist, Randy Kanouse. But Governor Arnold Schwarzenegger vetoed the bill. So the next year, Kanouse went to business and realtor organizations, arguing that shutting off water in a foreclosed building creates an eyesore that brings down property values in the neighborhood. Armed with letters from business groups, Kanouse met with the governor’s staff. That year, Schwarzenegger signed the bill.
Now that it could recoup losses from unpaid bills, the EBMUD board voted last month to keep water on in foreclosed buildings and in all multiunit properties in which the landlord fails to pay the water bill.

With the water victory under their belts, Just Cause activists said they plan to continue organizing tenants in foreclosed buildings. “For us, it’s a huge issue,” Clark said, “especially their right to stay in their homes.”

The number of tenants statewide who are displaced by foreclosure continues to grow, reported Tenants Together in its third annual edition of California Renters in the Foreclosure Crisis. The number topped more than 200,000 in 2010. The report also contended that tenants who are unaware of their legal rights are often pressured into moving out. In addition, many renters face utility shutoffs, loss of security deposits, and health hazards from neglected buildings.

Jean Tepperman is a freelance writer and editor in the San Francisco Bay Area and is active in the movement for single-payer health care. A longer version of this story was first printed in the East Bay Express.