Rosaura Vazquez has owned her Whittier home with her brother-in-law Jaime for over seven years. In 2008, the economic downturn forced Jaime to close his business and Rosaura had to take a pay cut. Anticipating difficulty in making their monthly mortgage payment, they requested lender JP Morgan Chase to modify their loan. Chase responded by putting them on a three-month reduced monthly payment plan.

Rosaura and Jaime were able to find more work to supplement their income and paid their reduced monthly mortgage on time for well over a year. Then in early 2009, Chase informed them that they were ineligible for a permanent modification and moved to foreclose on the house because of the thousands of dollars in arrears that was owed from the trial modification. The bank stopped accepting the monthly payments and has made numerous attempts to sell Rosaura and Jaime’s home.

This story is just one example of what countless Californians have endured during the foreclosure crisis. Bank practices have harmed California communities through a cycle of abuse that began with the redlining of low-income and neighborhoods of color. First denied access to loans and investments, these neighborhoods were later flooded with subprime and option ARM loans at the height of the housing bubble. 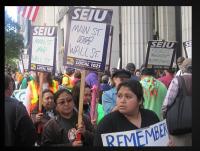 Unheeded Warning, Followed by a Failed Remedy
Consumer advocates warned financial institutions, regulators, legislators, and the public about the dangers of subprime, nontraditional, and predatory lending to these communities. But the banks persisted and federal and state regulators failed to crack down on abusive lending while it was flourishing. Not surprisingly, low-income communities and communities of color have been disproportionately impacted by foreclosures since the real estate bubble collapsed in 2007. The only option homeowners had to avoid foreclosure was to negotiate a loan modification with their lender to lower monthly mortgage payments.

Then, in early 2009, the Obama administration launched the nation’s primary foreclosure prevention initiative—the Home Affordable Modification Program (HAMP). Under this program, the federal government provides incentives to banks to modify the terms of home loans for certain homeowners who are delinquent on their mortgage. The goal of the program was to ebb the tide of foreclosures and save about four million Americans from losing their homes.

Unfortunately, the program has failed because of the reluctance of banks to permanently modify a significant number of home loans. In California, 1.2 million homeowners have lost their homes to foreclosure since 2008[1] and only 122,577 have received permanent modifications under HAMP.[2] While modifications may be hard to come by for all, they are harder still for certain borrowers and neighborhoods. Housing counselors report that loan modification outcomes are worse for borrowers of color than for white borrowers.[3] This is a matter of grave concern since borrowers of color were more often targeted with predatory loans in the years leading up to the foreclosure crisis.

Disheartening Results From Limited Data
When HAMP was announced, the California Reinvestment Coalition (CRC) requested the Treasury Department to require banks to collect data on the race, ethnicity, and neighborhood of borrowers seeking to avoid foreclosure through the program. Treasury instituted this requirement and released data about the HAMP program to the general public in February this year. The information is disheartening, to say the least. Aside from the limited ability of the program to help homeowners, it is unclear whether every homeowner was given a fair chance to save their home. And despite the requirement from Treasury, nearly 64 percent of the HAMP application data did not include information about race and ethnicity—either because the banks failed to collect it or homeowners refused to disclose it. 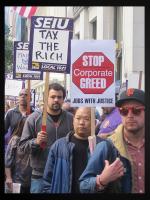 The gaps in the data inhibit a thorough analysis of HAMP’s ability to ensure equal access to loan modifications for all borrowers, regardless of their race or ethnicity. But analysis of even this limited information shows cause for concern. For example, Latino borrowers were more likely to be denied modifications because of “incomplete requests,”[4] even though servicers frequently lose documents, according to housing counselors.[5] And curiously, African Americans were more likely to have a modification canceled because it was “not accepted by the borrower.”[6] There are also anecdotal reports from housing counselors that borrowers are sometimes steered into non-HAMP modification programs, which usually have less beneficial terms for homeowners.

The consistently high number of defaults and foreclosures in California demonstrates the unwillingness of banks to help people save their homes. An additional 800,000 homes are expected to foreclose by 2012, making a total of nearly 2 million foreclosures that have devastated California’s communities since the beginning of this crisis.[7] The picture looks even grimmer when you consider that one-third of California’s homeowners currently owe more on their houses than their worth.[8]

In late 2010, there were reports about “foreclosure mills” with “robosigners” signing off on thousands of foreclosures without confirming the underlying facts. Among the many dubious foreclosure practices revealed by the reports was “dual track” servicing—where banks start foreclosure proceedings and issue a “notice of default,” even as they are negotiating loan modifications with the borrowers. Since the revelations, federal and state officials, including all 50 Attorneys General, have launched investigations into the practices. However, more needs to be done to prevent future abuses of California homeowners.

Californians Launch RE-Fund Campaign
A coalition was formed this year with the Home Defenders League (a project of the Alliance of Californians for Community Empowerment), PICO CA (People Improving Communities Through Organizing), CRC, and SEIU Locals 1000, 521, 721, and 1021 to create real protections for California homeowners. The RE-Fund California campaign was launched on March 16 in San Diego, Los Angeles, San Francisco, San Jose, Fresno, and Stockton. Through community organizing and legislative advocacy, RE-Fund California’s goal is to prevent unnecessary foreclosures and forestall their devastating ripple effect on California’s communities.

“The foreclosure crisis in California has amounted to large losses for homeowners as well as draining local and state revenues [and] depleting our schools, police and fire stations, and county hospitals,” said Phil Ting, Assessor-Recorder of San Francisco.

RE-Fund California estimates that the real costs of the foreclosures to communities and local governments is around $650 billion.[9] They encompass:

RE-Fund Supports Three Bills in Legislature
Without hope from HAMP or help from the banks, homeowners and advocates turned to the state. In the current session of the state legislature, RE-Fund California supported a Homeowner Protection Package, which included three bills:
Fair Modification (SB729): would require loan servicers to give homeowners a ‘yes’ or ‘no’ decision on their loan modification application before beginning the foreclosure process. It also allows homeowners to bring legal action when serious violations occur.
Foreclosure Fee to Recoup Losses (AB935) would impose a fee of $20,000 per foreclosure on the foreclosing party.
Mortgage Title Transparency (AB1321) would mandate recording of all mortgage deeds, trusts, and assignments, and payment of the requisite fees to provide clarity on who owns a loan, facilitate loan modifications, and ensure that the company foreclosing on a homeowner actually has the legal right to foreclose.

The three bills would encourage more loan modifications than the faulty HAMP program and bring transparency to murky bank practices. In the context of the state’s fiscal crisis, the package would have raised roughly $8 billion annually for essential services and programs. But all three bills failed to pass out of committee.

“Banks should not foreclose on a family’s home until they inform the owner whether the loan can be modified to an affordable level,” said Senator Mark Leno, co-author of SB729. “California homeowners who qualify for modifications should get them... not a foreclosure notice.” Well Fargo opposed SB729 and successfully lobbied to kill it.

The sad fact that the legislature could not get even one of these bills to the floor reveals the deep-pocket power of the banks and the need for communities to organize and raise their voices.

“The big banks caused the economic collapse, got bailed out with taxpayer’s money, are back to paying themselves millions in bonuses... and what do we get?” asks Peggy Mears, leader of the Home Defenders League and a Fontana homeowner. “Californians are paying the price, over and over again, for the greed of the big banks.”

At a demonstration on May 3, 2011, hundreds of protestors swarmed the Wells Fargo annual shareholders’ meeting demanding changes in their foreclosures process. Eight protestors were arrested after presenting their demands to the meeting and refusing to leave the building.

The action, supported by the RE-Fund coalition, marked the launching of a national campaign targeting Chase, Bank of America, and Wells Fargo under the auspices of a national coalition called the New Bottom Line campaign. This effort, which includes the California coalition as well as community, faith-based, and labor organizing groups in Ohio, North Carolina, and New York, is part of a national campaign to raise homeowner voices at the big banks’ shareholder meetings.

To get involved in future events and to sign on to the campaign, please visit: www.refundcalifornia.org.

Kevin Stein is associate director and Kristina Bedrossian is media and development coordinator for the California Reinvestment Coalition. Richard Hopson is the chairperson of the Board for the Alliance of Californians for Community Empowerment.