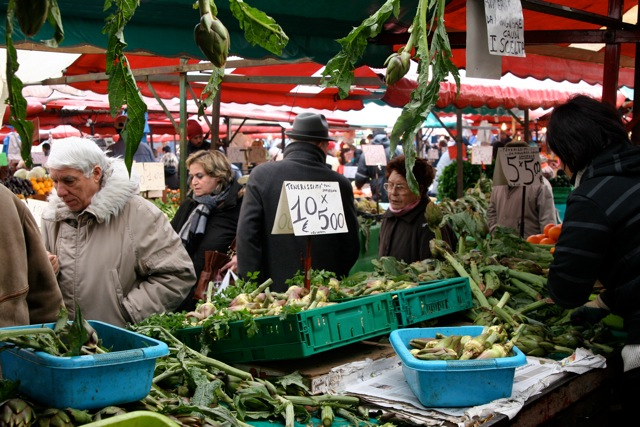 In October 2010, Living Cities, a collaborative of 22 major funders, brought together the mayors of five U.S. cities in Detroit to announce a significant new investment program to support revitalization and economic development in their communities. The host city received over $20 million in grants, program-related investments, and loans that will be invested in the Woodward Corridor under this initiative. The investment is intended to be more than yet another infusion of desperately needed cash. It is meant to herald a new integrated approach to reinvestment and redevelopment that could serve as a model for other cities.[1]

It is a strategy that integrates economic development, community development, housing, and transportation in one neighborhood or area. While relatively new for the United States, European cities have been taking an integrated approach to planning for years and can offer valuable lessons despite differing legal and political structures. In particular, older, industrial cities in the United States, which are addressing staggering challenges due to declining population, high vacancy rates, and distressing unemployment and poverty levels, might find inspiration on the other side of the Atlantic. A number of European cities faced with similar challenges over the past two decades have had marked success in revitalizing their economies and attracting and retaining residents.

From Distressed to Impressive
Manchester, England, once a poster child for industrial collapse, is now generally considered the second most important economic engine in the UK—driven in large part by the new media industry. Population levels have been rising since 2001. Torino, Italy, the seat of the Fiat Motor Company and long a prototypical one-company town, has also succeeded in diversifying its economy, building significant new strengths around the food and media industries. Leipzig, in former East Germany, suffered an almost complete industrial collapse and a rapid loss of population after 1989, but has seen steady population growth and reduced vacancy and unemployment rates since the early 2000s.
Each of these cities has significant challenges remaining. Recent studies show that Manchester has a higher level of child poverty than any other city in the U.K.,[2] while Leipzig was labeled the poorest large city in Germany by a city-commissioned report.[3] These statistics raise the question, what impact has the revitalization had on lower-income residents of these cities? The answer is complicated. On the job front, both Leipzig and Manchester have attracted significant new employers, but have struggled without much success to reintegrate the former industrial workforce into these new jobs. Many neighborhoods in Leipzig, Manchester, Torino, and other post-industrial cities have witnessed improved quality of life and economic vitality, while a weak housing market has created a cycle of decline and concentrated poverty in other neighborhoods. Of course, any revitalization and economic restructuring effort is a long-term process and its success should be measured not just over years, but decades. 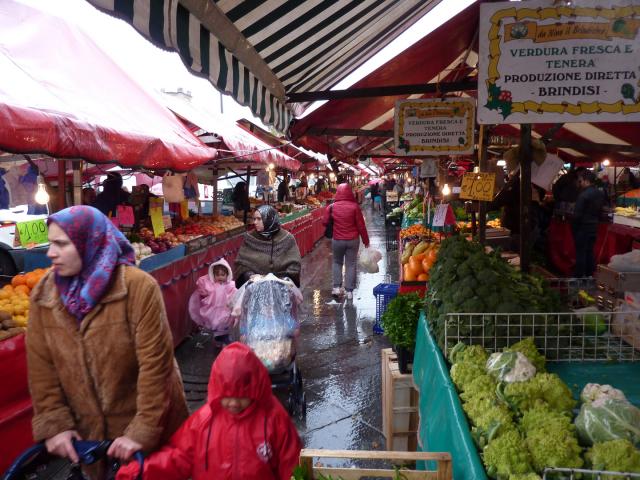 The Gate Project: A Tale of Two Torinos
Despite this mixed picture, there are certain projects and programs that stand out, suggesting that the kind of integrated approach now being promoted by Living Cities can prove successful in revitalizing neighborhoods in a way that benefits all residents. One example is the Gate Project, a multifaceted revitalization effort in Torino’s Porta Palazzo neighborhood. Torino’s ups and downs over the past half century mirror much of what Detroit has been experiencing. Once an economic powerhouse in Northern Italy with 80 percent of its industrial activity derived from the automobile industry, Torino saw a downturn in its fortunes beginning with the oil crisis of the 1970s. A dramatic shedding of jobs and a steady decline in population marked the next few decades until Valentino Castellani became the first directly elected mayor of Torino in 1993. Castellani ushered in an era of recovery and growth that relied on a wide-ranging strategic plan developed by a committee of public and private sector leaders, with significant input from the public.[4]

But even as Torino prospered, Porta Palazzo remained one of the city’s most distressed neighborhoods in the early part of the 21st century. With an unemployment rate more than double that of the city as a whole and a reputation for crime, the area also housed a significant percentage of the city’s immigrant population. The largest open-air marketplace in Europe is located in Porta Palazzo—a bustling, chaotic place that traditionally served as a market for everything from clothes, mint, and bread, to stolen electronics and weapons. In the words of Luca Cianfriglia, director of the Gate Project, the Porta Palazzo market was a “fascinating and problematic place.”[5]

In 1998, Torino launched a revitalization project for the area with the motto: “The Gate—living not leaving.” With funding from the European Union and leadership from a public/private committee, the Gate Project undertook major renovations to the area’s physical infrastructure. When the initial funding expired, Torino launched a successful fundraising effort to continue the project. The Gate’s organizing committee took on the role of a local development agency and managed the revitalization process with a strong emphasis on public engagement.[6]

One of its more recent undertakings was an effort to reduce conflict, violence, and illegality at the Porta Palazzo market. Most of the tension arose from conflicts between legal vendors, sellers of illegal goods, and those who are part of a “gray market,” i.e., unlicensed vendors of legal goods. In partnership with the police and the City Council, project leaders began to engage local vendors with the goal of creating a resident-led association to manage the market, to create and enforce appropriate rules, and reduce traffic in stolen goods, while providing legitimacy and support to previously unlicensed vendors. This multi-year process, which culminated in the launch of the association in 2010, resulted in a significant reduction in criminal activity at the market, according to Cianfriglia.

Importantly, this market legitimization strategy was never viewed in isolation, but as part of a wider approach for the neighborhood that integrated the physical, social, cultural, environmental, and economic aspects of revitalization. While reaching out to vendors at the market, the project also offered vocational training for young immigrants, advising landlords and tenants with regard to the rental process, and providing grants for the rehabilitation of facades and common areas. Additionally, the project instituted a series of ongoing cultural and sporting activities to encourage greater resident involvement.

One key achievement of this multidisciplinary strategy was the establishment of a broad coalition of active and involved residents and service providers working across a range of disciplines and government levels. In the words of Cianfriglia: “The mission of the association was to start from the citizens and link all the way up to the City Council, so that the project was not designed at a desk, but was rather an organic development… if you support a wide dialogue and collaboration (including local residents, the City Council, the police, developers, and even the rubbish collector), then you are a node in a network that can link all the necessary activities to revitalize the neighborhood.”

The Social City: Integrated Urban Development
Why are some European cities seemingly so far ahead when it comes to fashioning integrated strategies for urban development? Though much of the innovation must be credited to local leaders with bold, place-based visions, it is unlikely that integrated approaches would be as widespread without the strong support of the European Union (EU) and national governments. In May 2007, all the government ministers responsible for urban development in the EU member states signed the Leipzig Charter on Sustainable European Cities, which explicitly promotes integrated planning. In addition, a number of EU funding sources can or, in some cases, must be used to support integrated urban development.

National governments in Europe have also created similar funding programs, some aimed specifically at the revitalization of lower-income neighborhoods. In the late 1990s, for example, the German government launched the joint federal-state Socially Integrative City program (a.k.a. “Social City”) in response to the perceived increase in segregation by race and income within urban Germany. Among its goals was to link rehabilitation of physical infrastructure and buildings with social and economic support for families in distressed neighborhoods. To facilitate integration of different activities within a neighborhood and ensure that local residents were driving the revitalization process, the program established “neighborhood management” structures.[7] The underlying idea—similar to that illustrated by Porta Palazzo—is to incorporate residents into the process of creating an integrated spatial, social, and economic strategy for the neighborhood.

The Social City program has its share of critics. To be sure, the neighborhood management structure is not always successful at engaging participation from the most disadvantaged residents, particularly those with language barriers. And any program that targets investments for neighborhoods identified as needy risks further stigmatizing the area.[8] Nevertheless, there is strong underlying support in Europe for integrated urban development at citywide and neighborhood scales and a growing recognition that linking physical, social, and economic revitalization is an absolute necessity for distressed neighborhoods. Perhaps this explains the uproar among municipal officials in Germany in response to the recent federal budget, which cuts funding for the Social City program by about 70 percent and eliminates the possibility of using federal funds for projects that integrate physical and social elements of urban development.[9] We can only hope that the Living Cities initiative in Detroit represents a growing commitment toward integrated planning and development in our most distressed neighborhoods, and that federal, state, and local officials will support this approach even in these very difficult economic times.