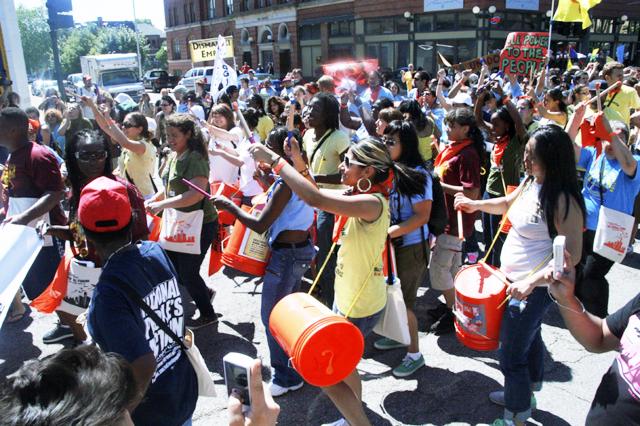 The history of organizing in the United States has always mirrored the politics of the country, with three major approaches driving social change: 1) Right-wing organizing as reflected in the Klu Klux Klan, the White Citizens’ Council, the Minuteman vigilantes, and the Tea Party Movement; 2) Pragmatic organizing, which fights for specific reforms in the interest of working people but is limited in scope and characterized by anti-Left ideology, at times making implicit deals with the U.S. Empire; 3) Left-wing organizing as characterized by militant opposition to racism, war, and the abuses of Empire, strategized by people who self-identify as revolutionary, radical, liberal, and progressive, also called “transformative organizing.”

Transformative Organizing, Now!
With the “Tea Party” rising in popularity and the Obama/Clinton administration busy pursuing the Empire’s objectives abroad, there is an urgent need for the Left to organize and generate a new movement rooted in a creative, anti-racist, anti-imperialist politics among working class communities of color. The most effective framework for doing this is transformative organizing because: it is in revolutionary opposition to the power structures of colonialism, patriarchy, white supremacy, and capitalism in its current form, which is imperialism; it actually transforms the consciousness of people who participate in the process; and it empowers organizers to stand up to the Right, reach out to people, and take on the system.

A Brief History of Transformative Organizing
The tradition of transformative organizing in the United States began with the indigenous resistance to European genocidal conquest and the early slave rebellions in Virginia. It continued with the Abolitionists and the Radical Republicans who constitutionally outlawed slavery and built the Reconstruction government after the Civil War. In the first part of the 20th century it took the form of the Industrial Workers of the World, the Anti-Imperialist League, the radical wing of the suffragettes, the Niagara Movement, the Back to Africa Movement, the Black and labor movements under the aegis of the U.S. Communist Party, and the (worldwide) anti-fascist front of the 1930s and ‘40s.

An anti-Left backlash following World War II (often called the McCarthy period and associated with the House Un-American Activities Committee) broke up communist-led unions and conducted witch hunts against radicals, such as W.E.B. DuBois and Paul Robeson. But at the peak of this reactionary period in the 1950s there was a resurgence of transformative organizing that would later be called the Two Decades of the Sixties, characterized by the defeat of the French by Vietnam in 1954, the Montgomery Bus Boycott of 1955, the 1955 Bandung Conference in Indonesia (a precursor to the Non-Aligned Summit of 1961), and the defeat of the United States in Vietnam in 1975. 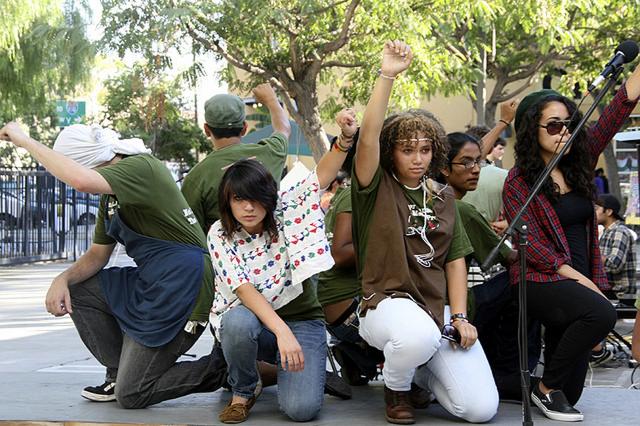 During the heyday of the multiracial New Left movement, the word “organizer” was synonymous with Black militant, anti-war, pro-socialist, and anti-imperialist politics. Use of the term “liberation” by the women’s and gay liberation movements was inspired by the revolutionary spirit of the Vietnamese National Liberation Front.

As Clayborne Carson explains in his book, In Struggle: SNCC and the Black Awakening of the 1960s, the young civil rights workers began calling themselves “revolutionaries” to distinguish themselves from the less militant, more accommodationist forces allied with gradualism, the civil rights establishment, and the Democratic Party. This distinction evolved into solidarity with African revolutions, opposition to the Vietnam war, and a variety of urban rebellions and mass strikes by Black workers.

By the time of the U.S. invasion of Cambodia, students all over were closing down universities in opposition to the war. Organizationally, it had involved  building the Student Non-violent Coordinating Committee (SNCC), the Third World Women’s Alliance, the Congress of Racial Equality (CORE), the Students for a Democratic Society (SDS), the Black Panther Party, the Brown Berets, the American Indian Movement, the Puerto Rican Young Lords, the La Raza Unida Party, the Red Guards, the National Welfare Rights Organization, and the Indochina Peace Campaign. By the end of the ‘70s, there was a movement for Third World communism in the U.S. allied with national liberation movements around the world.
The massive following for the Left’s initiatives formed a significant threat to the system and there was a ferocious counterrevolution—White backlash against organizations and social movements on the Left—which took the form of intense government repression through an explicit counter-insurgency program, COINTELPRO. And since 1980, successive presidencies have set about aggressively dismantling the social welfare state and attacking, besides other nations, the environment, unions, Blacks, Latino immigrants, and women.

The State of Transformative Organizing Today
By 1980 the movement, although victorious in ending the Vietnam War and gaining civil rights, was spent and exhausted, partly owing to the imprisonment and assassination of its leadership. This decline in power was only exacerbated by the self-inflicted wounds of sectarian attacks within the Left. The crises of socialism in China and the Soviet Union further accelerated political disorientation, causing the fervor of transformative organizing to wane. 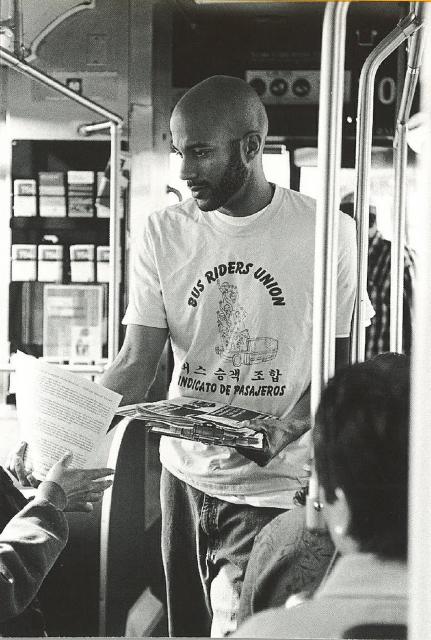 Within this vacuum emerged Saul Alinsky’s self-proclaimed “pragmatic/realistic” approach to organizing. Although militant and often effective in winning important reforms for working people, it set unnecessarily narrow objectives, limited by its own ideology. Some advocates were explicitly anti-Left, but justified their narrow economic fights in the name of “non-ideological” organizing for “the community.” They rarely acknowledged that all organizing is ideological or that their “pragmatism” often relied upon close ideological ties to the Democratic Party, trade union bureaucracies, and powerful church hierarchies.

Both transformative organizing and pragmatic organizing fight for just and immediate demands, such as more low-income housing, better funding for schools, and higher wages for public sector workers. But in choosing not to frame campaigns within fundamental structural challenges to racism, police brutality, imperialist wars, and the battle for LGBTQ, immigrant, and basic democratic rights, the “pragmatists” isolate themselves from their community’s need for deep social transformation. Indeed, with its aggressive anti-Left ideology, pragmatic organizing often conciliates with Empire-building.

It is important, however, to understand that the difference between pragmatic and transformative approaches is strategic, not moral. The Labor/Community Strategy Center’s assessments of a situation concerning its work in Los Angeles often coincide with those of the “pragmatists,” even if their constraints sometimes make it difficult for them to take a stand, or they disapprove of the Center’s tactics. But both have a strong base in the Black and Latino working class, and fight together on ballot initiatives that attack immigrants and communities of color. Still, in the interest of building a movement for long-term structural change in the U.S., the differences of strategy need to be addressed.

Since the 1980s, movement veterans and many young people have resisted the “pragmatic” move to the Right and worked instead to carry out effective radical, Left, and revolutionary politics as they organize in low-income communities and college campuses. Today, the pendulum continues to swing left as many dedicated organizers start questioning the limits of the pragmatic approach. The U.S. Social Forum is a reflection of the reassertion of anti-racist, anti-imperialist politics. Its slogan “Another World Is Possible; Another U.S. Is Necessary,” represents tens of thousands of working class people, communities of color, immigrants, G.I.s, and students who are rejecting the trap of pragmatism in favor of transformative organizing.

Transformative Organizing on the Ground
The Labor/Community Strategy Center has tried to follow Transformative Organizing Theory in its work since its founding in 1989. It has organized domestic, hotel, and garment workers, security guards, high school students in low-income working class communities of color, and bus riders in Los Angeles to transform the power structures and policies of racism, patriarchy, and capitalism.

In its flagship project—the Bus Riders Union (BRU)—the Center engaged tens of thousands of L.A.’s bus riders—predominantly immigrants, people of color, and women with an average annual income of $12,000—with on-the-bus organizing. The conversations were grounded in immediate demands for low fares and a first class clean-fuel bus system, but within an anti-racist, anti-imperialist framework.

Grassroots Global Justice Alliance/La Alianza Popular para la Justicia Global (GGJ) is made up of over 60 organizations (including the Strategy Center) that bring transformative organizing into the political life of low-income, working class communities of color, while emphasizing its inter-connectedness with an international movement for global justice. At a time when the menace of neo-fascism is before us, GGJ is helping to generate a broader theoretical and strategic framework for movement-building, which strengthens forces on the Left and encourages challenges to the Empire and all it represents.

Eric Mann is director of the Labor/Community Strategy Center in Los Angeles. This article is adapted from The 7 Components of Transformative Organizing Theory, published by Frontlines Press, www.frontlinespress.com. See the video of the presentations at the United States Social Forum.